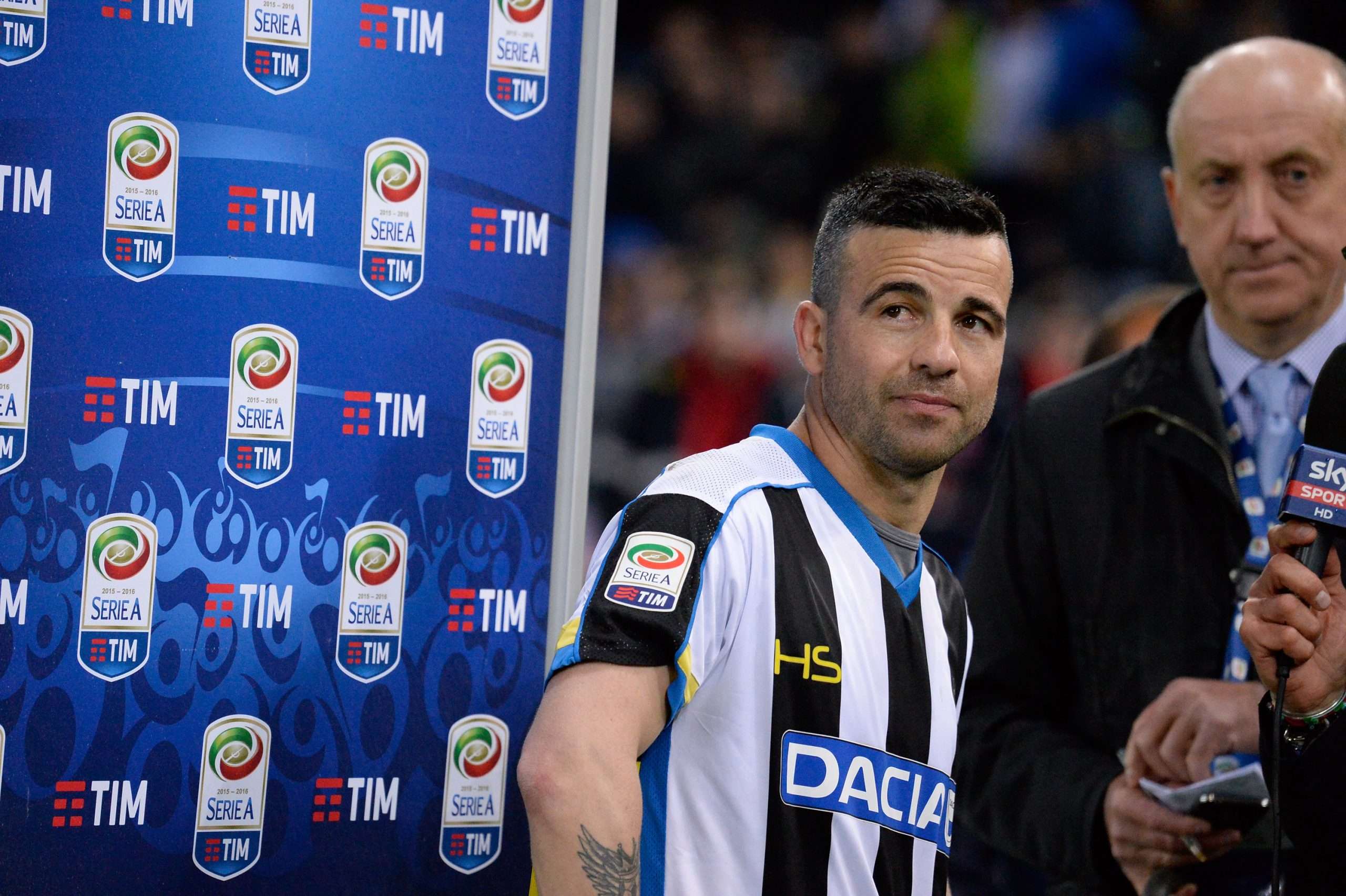 In an interview with Sky Sport Italia, former Udinese striker Antonio Di Natale discussed his mid-career move to the centre of the attack, his potential move to Juventus as well as the reason for never playing for his hometown club, Napoli.

“I’ve been lucky to play with Iaquinta and Quagliarella, with them playing further forward. At first I played on the wing, then I moved into the the middle under Pasquale Marino [his manager at Udinese] and it went better. At the end of training sessions [Alexis] Sánchez and I would have him look at the movements needed in a 4-3-3 formation. He’s a player who, when fit, guarantees 20-25 goals a season. If Inter keep him, he’ll do well next year.”

“My choices have always been made from the heart and with my head, never with money in mind. At Juve I would have made a lot, especially in such a big club. But my priority was my family and finishing my career at Udinese, so I thanked Juventus through my agent and in a few minutes it was resolved.”

“I left [Napoli] when I was 13 years old. It’s a beautiful city, I go back whenever I can. As a Neapolitan, playing for the Azzurri would have been a weight on my shoulders. People know me, I have my family there. I’m a Napoli fan, I’ve thought about it – some have had the courage to go, others no.”