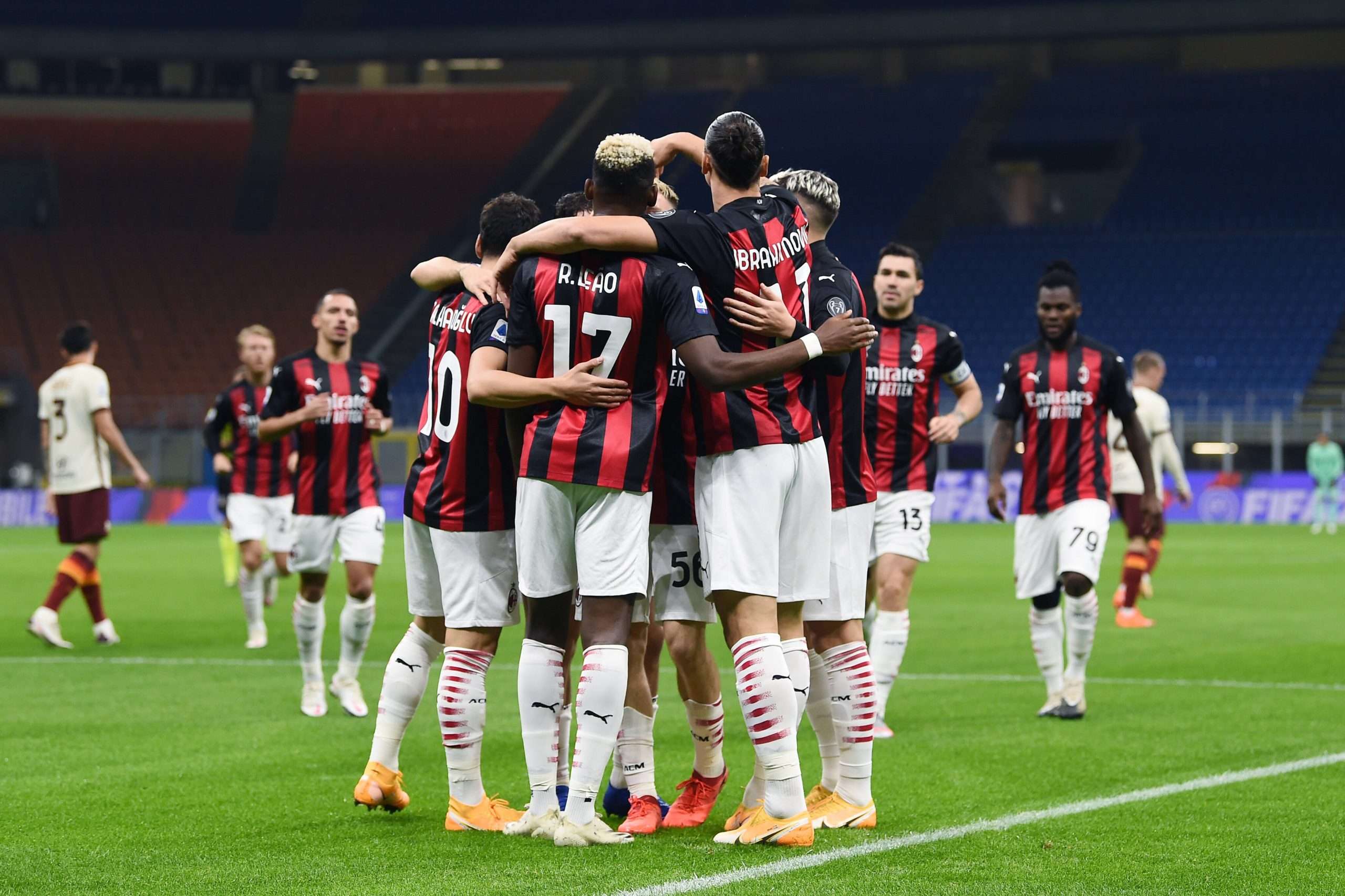 It is no secret that Milan are considered to be one of the most prestigious clubs in world football. 18 Scudetti and 7 Champions League titles make up just a portion of their vast and impressive list of accolades. However, despite their European pedigree, the Rossoneri are now entering their 10th season since their last Scudetto, under Massimiliano Allegri in the 2010-11 Serie A campaign.

Furthermore, their last Champions League triumph is even further back, coming in 2007 – when Milan still had all of Maldini, Pirlo, Gattuso, Inzaghi, Nesta, Kaka, Dida and Cafu in their side. In fact, they haven’t even participated in the Champions League since the 2013-14 campaign. Truly unfathomable for a team of their stature.

Woes haven’t been limited primarily to the footballing field though, with plenty of despair happening off of the pitch as well. A catalyst for this was former Italian Prime Minister Silvio Berlusconi selling his shares in the club to Li Yonghong’s holding company, Rossoneri Sport Investment Lux for €830m in April 2017.

Li Yonghong struggled with his payments, initially resulting in a ban from UEFA for all European competitions for the 2018-19 season, before eventually defaulting on his debt to Elliott Management Corporation, leading to the team being repossessed by the American company.

Things looked no more promising just earlier this year, with Stefano Pioli struggling in his role as manager. Reports subsequently circulated that Milan were lining up transfer and tactics tycoon Ralf Rangnick as his replacement. However, this proved unnecessary, with Pioli a reinvigorated man after the lockdown, collating 27 points from 11 matches – the best of any Serie A team during this time period.

The repaired AC Milan juggernaut has managed to continue this impressive form into this new season as well, winning four and drawing one of their opening five domestic matches. This has subsequently led many fans to speculate whether they have finally returned to a state in which they are able to claim their 19th Scudetto. Here is a view as to whether their form can be maintained and what the factors are in doing so.

To date, Milan have played out five Serie A matches in the 20/21 campaign, in which they have recorded four wins (against Bologna, Crotone, Spezia and Inter Milan) and one thrilling 3-3 draw (against Roma). These results currently place the side top of the Serie A table.

They have also netted 12 goals and conceded just 4 – with Donnarumma keeping 3 clean sheets along the way as well – to leave the club with an already healthy goal difference of +8.

Whilst marginally overperforming their expected points tally of 11.25 (1.75 less than their current total of 13 points), the metric still suggests Milan’s standing is justified. Moreover, their expected goals differential per 90 (+1.19) further reinforces this belief with the team ranked 2nd – only trailing Napoli, who have played one fewer game due to the debacle related to their match against Juventus.

Early signs therefore do not deny Milan can continue their rich vein of form. However, we also have to take into account the reasons behind the noted improvement in the side’s play.

At first glance when comparing the Rossoneri’s underlying statistics from the last campaign and this season, there is actually very little discrepancy between the two sets of data.

Stefano Pioli’s team have thus far has kept just 0.2% more possession than last term and are pressing only 2% less proficiently according to the PPDA metric – which is a measure of the number of passes made by the opponent (the attacking side) divided by the number of defensive actions.

However, with every transition a team makes, there is generally some adaptation that you can attribute as responsible for the change in performance.

In the case of Milan, it can be noted that they are actually taking less shots on average per 90 then they were last season (14.6, 19/20; 12.48, 20/21) but have already made up 20% of their total league goals for last season. This therefore suggests that the players have perhaps become more clinical in taking their chances, backed up by a 6.9% increase in shots on target this season.

Zlatan Ibrahimović is unquestionably a huge cog in this – having been an exceptional finisher all throughout his illustrious career – with 6 goals in just 3 appearances this campaign. This should raise alarm bells, though, as to how Milan would perform should their talisman pick up a serious injury.

An alternative theory though, is that it isn’t necessarily the precision at which Milan are scoring but rather the creativity that is unlocking these opportunities.

All of Milan’s 12 goals in the league this season have been scored from inside the penalty area – four of which actually were penalties. This would suggest the xG from these chances was actually fairly high and, whilst the positioning may have also been good, the credit should predominantly lie at the feet of the creator.

For instance, in the example below, Rafael Leão is able to find some space on the left-hand side of the pitch, where he subsequently receives a pass from Hakan Çalhanoğlu. He controls the ball and advances with it before moving into another pocket of space (benefitting from the laxness of the Roma defenders to close him down) and lifting an inch perfect ball for Ibrahimović to get on the end of and open the scoring.

As well as passing the eye test, this theory is also supported by the numbers with Milan recording 1.59 more smart passes per 90 (8.76) than the previous season – placing them highest in the division for this metric.

As shown by the example above, Leão has a huge part to play in this, having reinvented himself out on the left flank when many believed his Milan career to be over. However, the majority of plaudits must come the way of Hakan Çalhanoğlu.

Hakan Çalhanoğlu’s time in Lombardy has been far from plain sailing. Be it a slow adaptation to Italian football or falling out of favour with the fans, it has been a tumultuous time for the Turkish international. However, now looks as if it could be the opportunity in which he can finally win around the Rossoneri faithful.

In this role, he is granted the freedom to take up positions on the pitch he normally wouldn’t in order to receive the ball. This enables him the opportunity to either play a pass or carry the ball forward.

In the example below, Çalhanoğlu has dropped back to become the third deepest player on the pitch. Here, he is able to receive the ball from Theo Hernandez and switch the play to the advanced Davide Calabria on the alternate flank, subsequently initiating an attacking opportunity.
He is also a powerful asset to have for dead ball situations such as free-kicks and corners.

In this example, Çalhanoğlu swings in a ball from a free-kick to land in the ideal area of the box, allowing Leão to dispatch of with a first-time effort.

If this isn’t already enough evidence, he has additionally completed 15 key passes (4th in Serie A), 45 progressive passes (7th in Serie A), 9 passes into the opposition’s penalty area (11th in Serie A) and carried the ball a total of 1,200 yards (30th in Serie A) this season.

Therefore, for Milan to continue the scintillating form they have so far shown, Çalhanoğlu must also consistently replicate his impressive performances.

It is undeniably an exciting time for Milan and football fans alike to see a team that was so close to fading into the abyss, look as if they are on the trajectory to return to the ‘big time’. However, can this be maintained?

With the evidence presented, there is no reason why they won’t be challenging for the title come the end of the season. The team is populated with talented players who are performing in a well thought out system, and stagnant starts from rivals only add to the positives. In football, it is never as simple as this though.

At some point down the line, Milan will hit a bad run of form and/or have an important player collect a serious injury, and only time will tell how Pioli and his men react to this.

Champions League football at the very least is a realistic target for the team this season and, above all else, it is important for them to re-establish themselves in Europe rather than win a ‘smash and grab’ Scudetto before falling into a rut for another ten years.

All statistics and graphics provided by WyScout and FBref