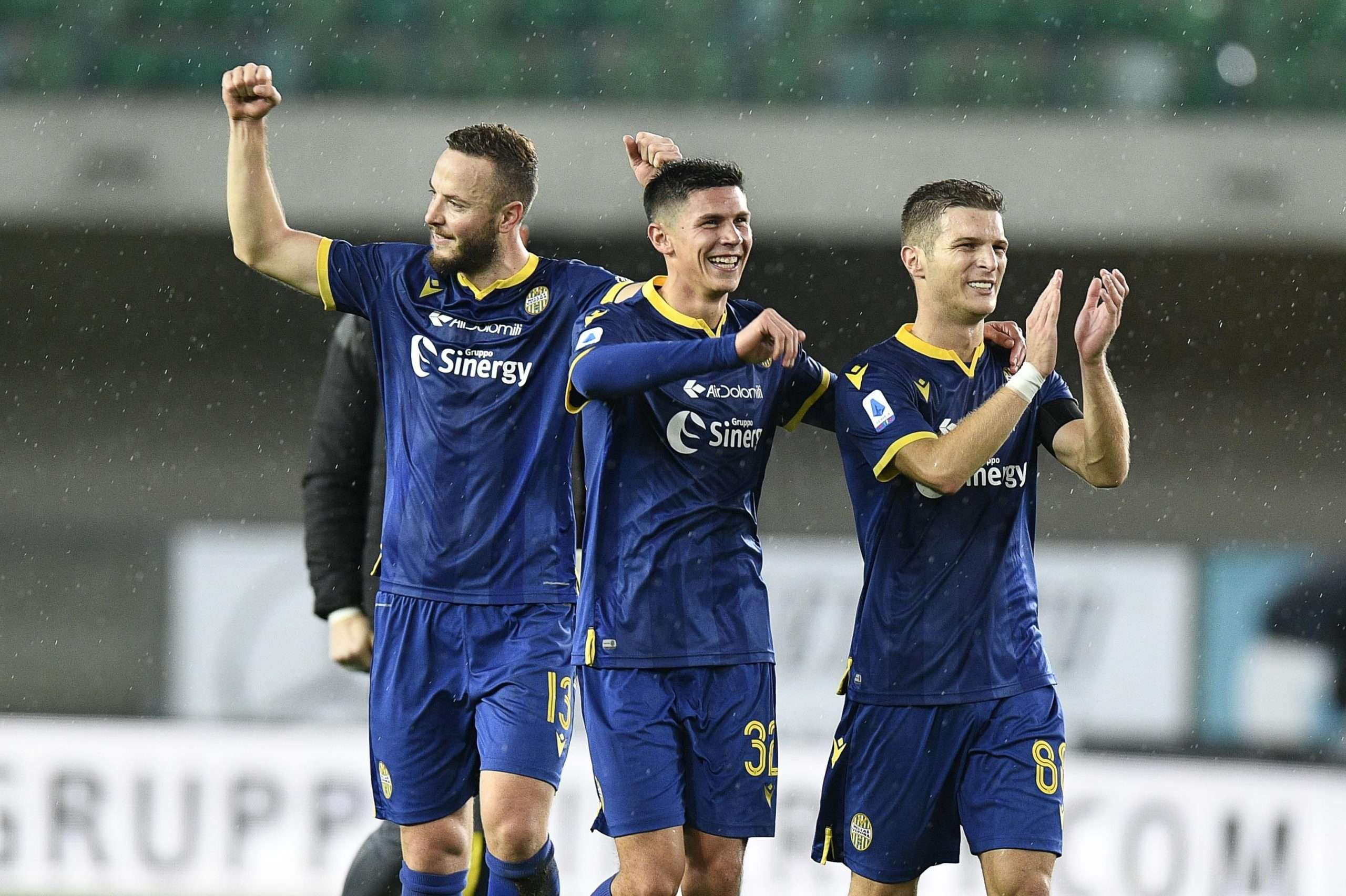 Jerry Mancini sat down with Richard Hough, editor of The Crazy Faithful fanzine and Hellas Verona expert, to discuss the past season for the Gialloblu and what the future holds for Ivan Jurić’s men.

Verona returned to Serie A this past season after winning their playoff promotion. What were your expectations and thoughts for the upcoming season before it began?

As you know, expectations at the start of the season were pretty low. To be honest, we were lucky to get out of Serie B last season and only did so thanks to an inspired playoff campaign led by ex-Hellas player Alfredo Aglietti  – who couldn’t quite complete the same trick this year with Chievo.

At the start of the season morale on the terraces was really low,  and I thought we would be in for another tough season. The club’s only objective was to avoid immediate relegation back to Serie B. I didn’t know that much about [Ivan] Jurić and the new signings he brought in – unknown players like [Amir] Rrahmani and [Sofyan] Amrabat that didn’t exactly inspire confidence.

Verona finished in 9th place behind teams such as Sassuolo, Napoli and AC Milan. The Gialloblu have impressed many this season. What has led to Verona’s success this season?

I’d identify three factors that have come together to inspire Verona’s success this season. There’s the leadership – Jurić’s character and footballing philosophy have really changed the shape of Hellas this season. After a couple of seasons in which the club lacked a coherent strategy on the pitch, we now have a clear, well-organised and implemented approach to the game. From the beginning, Jurić stuck to his preferred system (3-4-3) and hasn’t tried to tinker too much with personnel – a problem under previous coaches.

The only exception to that is up front, where he hasn’t quite found the right combination. There are no superstars in our squad (although Amrabat has the potential), but Jurić has brought out the absolute best in every single one of his players. There were good signings – those players that we brought in this season – and I’m referring in particular to Amrabat, [Miguel] Veloso, [Matteo] Pessina and Rrahmani, have been outstanding.

That doesn’t happen very often, a situation where all your new signings come in and do a great job. Finally, Jurić has identified young talent within the system and given them a chance. In particular, Kumbulla and [Mattia] Zaccagni have really prospered this season under Jurić. The fans also appreciate it when these home-grown talents are  given a chance.

Ivan Jurić has done a great job with Verona this season and has been one of the most notable managers in Serie A. What are your thoughts on Jurić, what has made him successful this season and can we see him staying long term with the Gialloblu?

I was really delighted when Jurić signed a contract extension that will keep him in Verona until 2022. He’s really made all the difference for Verona this season. A disciple of the [Gian Piero] Gasperini school of coaching, he favours a vertical, attacking style of football, with three at the back and aggressive wing-backs pushing up.

I’ve bumped into him a couple of times in the city and he’s always come across really well. Humble, down-to-earth and plain speaking. The people of Verona have really warmed to him too, particularly after the forthright way he handled a touchline bust-up with Antonio Conte, telling the Inter tecnico that this was his ‘house’ and he should show some respect! I would love to see him stay on long-term and hopefully emulate some of the success we’ve seen with Atalanta in recent years.

Knowing that Verona have sold Amir Rrahmani and Sofyan Amrabat, and are close to selling Marash Kumbulla, how do you see the club approaching next year and can they repeat similar results next season?

Repeating the success next season is going to be tough, particularly without Amrabat and Rrahmani. We’ve already seen a slight dip in form after the lockdown, but hopefully that was just a temporary blip. After the season we’ve had, I’m hopeful that we can attract some decent players this summer.

In particular, we really need a proven goalscorer. This was a problem area for us last season, with most of our goals coming from Pessina and [Samuel] Di Carmine, who scored just seven each. If we can get a 15-20 goal a season hitman, that would make a massive difference!

Otherwise, there are some promising signs. At the end of August, our youth side face Fiorentina in the final of the Coppa Italia Primavera, so there are undoubtedly some promising young prospects in the pipeline if they can make the step up. Although we’re losing a couple of our biggest players I’m hoping we can hang on to the rest and that the solid foundations that we put in place this season will continue into the next.

This season, Giampaolo Pazzini said his goodbyes to Hellas Verona. The Italian spent the past five seasons with the club. What were your fondest memories about the forward and how important was he to the Gialloblu’s recent success?

Pazzini has been a talisman for Hellas these last five years. Since the departure of Luca Toni in 2016, Pazzini has been the biggest name associated with the club. That said, he’s struggled in the past three seasons to get regular game time as successive coaches have left him out of their plans. And, don’t forget, he was treated pretty shabbily by the club when he was loaned to Spanish La Liga club Levante for the second half of the 2017–18 season.

Despite everything, he’s been exceptionally loyal to the club and has always delivered when called upon to do so. In terms of his chance to goal ratio this season, he’s second only to Ante Rebić (thanks to @CalcioEngland for the stat), with 4 goals in just 295 minutes of football (one every 75 minutes compared to Immobile, who managed just one every 88 minutes!) ,

My favourite memory of him is his late penalty against Juventus this season in front of the Curva. He’d just come on as a sub and there was never any doubt that he’d score. Absolute scenes inside the Bentegodi after that one! It was a shame he didn’t get a proper send-off inside the stadium, but his place as one of the legends of Verona is secure.

With Verona selling many players, do you believe they will invest in any players in the summer transfer market to help compete next season?

Yes, of course they will. If they are to survive they need to invest and improve the squad. Club President Maurizio Setti is generally pretty mean with the transfer funds, so don’t expect any bombshells, but there have already been rumours about a move for Giacomo Bonaventura from AC Milan and Milos Vulić from Red Star Belgrade. Hopefully we can also secure contract extensions on the likes of Eddie Salcedo and Federico Dimarco, who are on loan from Inter.