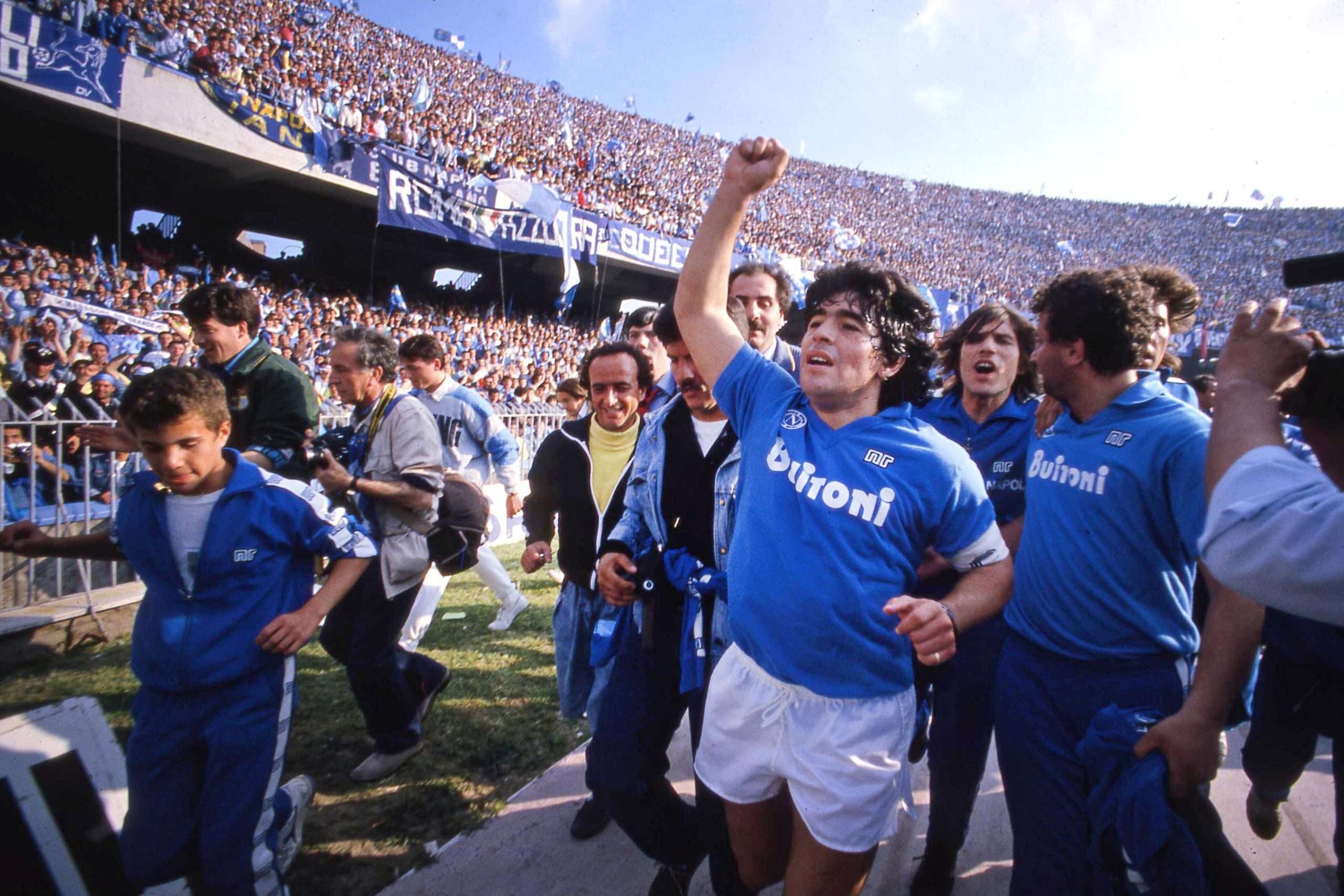 In every walk of life, there are people who are so intrinsically linked to their profession that their names become synonymous with it.

For every football fan, Diego Armando Maradona is one of those names.

In Naples, to use three names is convoluted when only one will do: Diego.

Forget football for a moment: in the city where he spent the longest spell of his career, Diego’s name conjures up images of much more besides what he could do with a ball at his feet. For Napoli fans, especially those of a certain age, his name is a byword for art, poetry, symphony and joy. He gave them memories that will last forever and drove them to success that has felt out of reach ever since.

Unfortunately, it is impossible to escape the fact that his name is also intertwined with the darker side of the city. He embraced everything in this most intense of places. The good, the bad and the ugly, and he came to embody and symbolise what it meant to be Neapolitan at a time when the North/South divide in Italy was as pronounced as it has ever been.

Arriving as a world record signing after a largely disappointing spell at Barcelona in 1984, it was a major coup for a side that had finished the previous season just one point above the relegation places, and his signing would have a truly transformative effect on Napoli’s fortunes for the rest of the decade.

It seems incredible looking back, but chief behind Maradona’s decision to sign for Napoli was a lack of obvious alternatives. With his off field activities starting to overshadow his contributions on the pitch, Barcelona were willing to listen to offers for him, but with many of Serie A’s leading clubs having already filled their three foreign player quota with bonafide superstars of the time, the door was ajar for one of the less usual suspects to make a statement of intent.

Napoli at the time were in crippling debt, and it took a plea from owner Corrado Ferlaino to persuade the local government that it was worth them dipping into their pocket to ensure the deal got over the line.

It says much about how sour things had turned for Diego in Barcelona that there was little interest from any of the established big clubs across Europe. Many did not return his agent Jorge Cyterszpiler’s calls, unwilling to take on a player who, for all his talent, was seen as being more trouble than he was worth.

Unperturbed by the sordid headlines and convinced that they had just pulled off the signing of the century, 70,000 (or 100,000 plus depending on who you ask) turned out to see Maradona unveiled at the San Paulo, where he announced his intention to represent the city, and to be an idol for the down trodden and forgotten of the South.

Naples is often cited as the European city with the most South American flavour, and with little of the snobbish attitudes he felt he was on the receiving end of in Barcelona on display, Maradona soon settled and recognised the city as a home away from home.

Results improved immediately for Napoli, who managed a respectable 8th in 1984/85, with Maradona top scoring with 14 Serie A goals. The following season saw them emerge as contenders for the Scudetto, finishing just six points behind Juventus in third, and qualifying for the Uefa Cup.

Maradona headed to Mexico that summer of 1986 for a tournament that would come to define him. After inspiring his country to their second World Cup success with some truly dazzling displays, his status as the world’s best and most coveted player was no longer in any doubt.

Few would have betted against Napoli that season on the basis of having the best player in the world in their ranks, but that they were able to stay the course to claim their very first Scudetto was still a remarkable achievement given the ferocity of competition in what was without question the best league in the world at the time.

Others scored more goals than Maradona’s final tally of 10, but none could come close to matching the influence that the balletic Argentine had had on his team. While it would be wrong to say that he had single handedly dragged Napoli to the Scudetto, (Bruno Giordano, Andrea Carnevale and Fernando De Napoli all played their part, as well as a young Ciro Ferrara), there was no doubt who the fans saw as the symbol of this success.

Further silverware came in the form of a first Coppa Italia win for 11 years, to complete a double that would have been unthinkable pre-Diego. As captain and leader of this now legendary team, Maradona entered God-like status in Naples.

He provided a huge sense of pride in a city riddled with poverty and had shown that despite the economic disparity across the country, those in the South could topple their richer Northern counterparts no matter how humble their origins. To put things into perspective, this was the first time a team from the South had claimed the Scudetto, and no other club barring Napoli have managed it since.

Napoli finished second in each of the next two seasons, with Maradona continuing to sparkle alongside Giordano and the Brazilian Careca in the famed MA-GI-CA trio. They should have won the title in 1987/88, only to lose four of their last five games to relinquish first place to AC Milan, a sequence of losses that brought questions of interference against the local Camorra crime syndicate, who were suspected of instructing the team to lose so as not to be forced to pay out billions of Lira in winning bets.

Nevertheless, they won the Uefa Cup for the first time in the club’s history in 1989, Maradona equalising from the spot in the first leg of the aggregate 5-4 win.

They finally wrestled back the title in 1989/90, where Maradona was once again the catalyst, his 16 league goals bettered only by serial goal-getters Marco Van Basten and Roberto Baggio.

But controversy was never far away, and following a failed drugs test, he was suspended from all football in 1991, leading to an acrimonious exit from the club who had stood by him in the face of similar accusations throughout his seven years there.

It says much of Maradona’s legacy that despite all of the top tier talent in Serie A during the 1980’s and 1990’s, Napoli are the only side from that era still so heavily associated with a single player. AC Milan were hugely successful in the late 80’s and early 90’s, boasting players like Gullit, Van Basten and Baresi, but they are largely remembered as Sacchi’s Milan. Juventus won four of the seven titles between 1980 and 1986 with the likes of Boniek, Platini and Rossi, but they were Trapattoni’s Juventus. Ottavio Bianchi and Alberto Bigon may have been in the hot seat for Napoli’s title wins, but neither could realistically claim to have had anywhere close to the influence that their captain had on their sides.

His passing last week brought an outpouring of grief across the football world, but nowhere more so than in Naples, where people openly wept in the streets and numerous vigils were held. The go ahead has been given to name the club’s San Paolo stadium after Maradona, and this will surely be the first of many tributes bestowed upon the greatest player ever to play in the shadow of Vesuvius.

After seven years, 259 games, 115 goals, two Serie A titles, one Coppa Italia, a Uefa Cup and hundreds of sublime individual moments, from a purely footballing point of view, few would argue that he doesn’t deserve it.

You know why my heart beats,

Ibrahimović on leading Milan: “If you were to ask me if I put pressure on the team, I would say yes.”