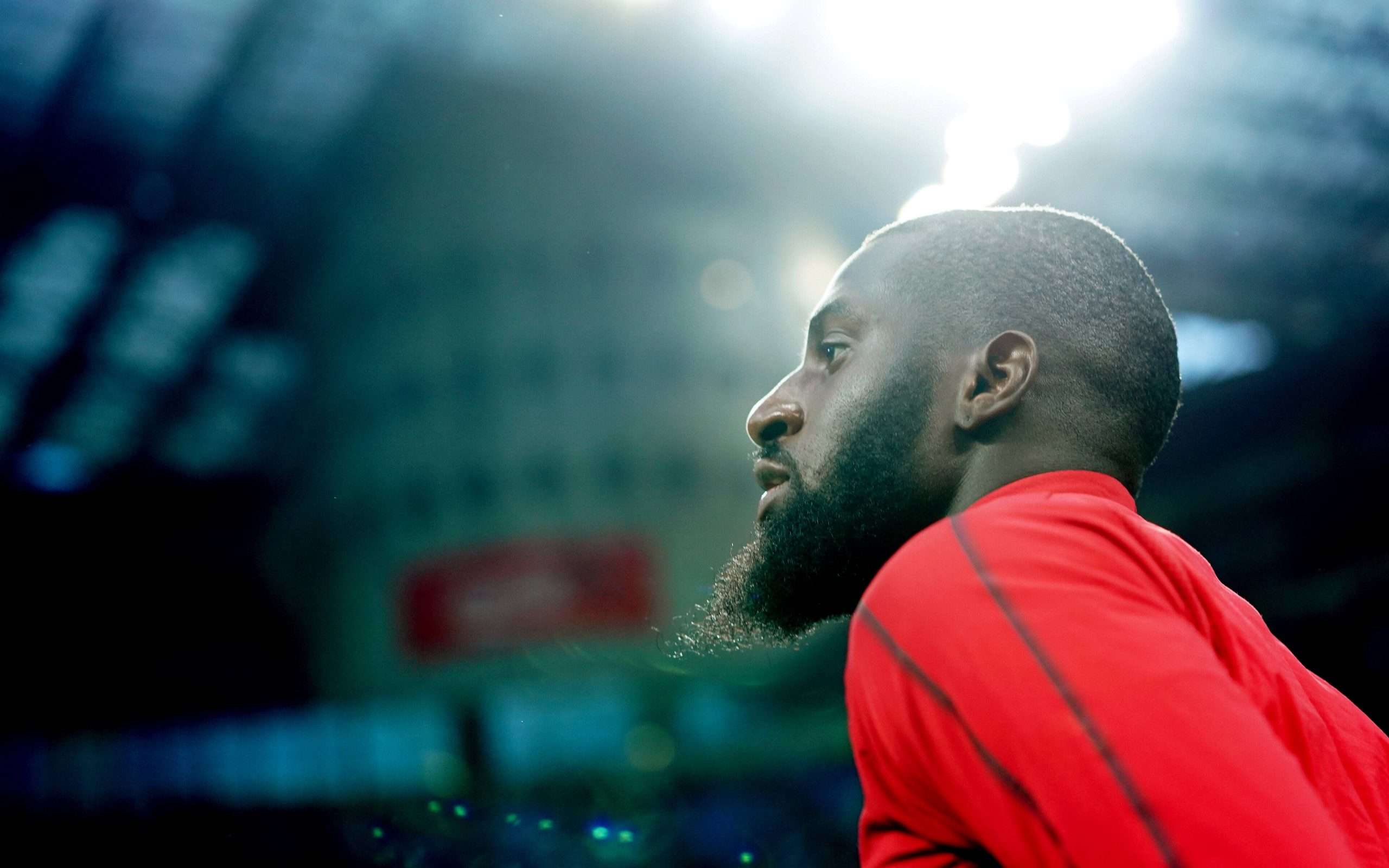 On transfer deadline day, Tiémoué Bakayoko completed his widely anticipated loan move to Napoli. Now his third loan in three years, the Frenchman will be desperate to reignite his currently stagnant career under former manager Gennaro Gattuso. Here is a look at what he can offer to Gli Azzurri.

Bakayoko unquestionably rose to prominence in AS Monaco’s remarkable 2016/17 campaign. Aided by the departures of Jérémy Toulalan and Mario Pašalić, the Frenchman was able to establish himself as a first-team starter and helped the team tremendously. Les Monégasques snatched an initially unexpected Ligue 1 title from the usually dominant Paris Saint-Germain, and progressed to the semi-final of

the Champions League. Bakayoko was named in the UEFA Champions League Team of the Season and generally won plaudits and attention for his impressive performances throughout the campaign.

These originated from the left central-midfield role in Leonardo Jardim’s offensive 4-4-2 formation, as shown below. In this system, Bakayoko acted as the quintessential box-to-box midfielder, providing dynamism to the team from this role. In possession, Bakayoko was a key contributor in Monaco’s build-up play, acting alongside the two centre-backs and Fabinho to recycle possession until it was prudent to play an angled pass to an advanced full-back or winger. Subsequently, this then freed Bakayoko to move further forward, safe in the knowledge that he was being covered by Fabinho – who would drop into the back line.

Understandably, Bakayoko was able to earn himself a big money move that summer to Chelsea off the back of his impressive form. However, he failed to have the desired and expected impact.

It is always going to be a challenging task when completing a move to a club that houses arguably the greatest French midfielder of the past decade in N’Golo Kanté. Quite clearly, Bakayoko struggled in his adaptation to this new environment and, whilst accruing 2,715 domestic minutes that season under Antonio Conte, he flattered to deceive.

In a bid to rekindle the scintillating form he demonstrated in France, Bakayoko was granted a loan move to AC Milan for the 2018/19 campaign. Initially, he was used sparingly by Gennaro Gattuso – with players such as Lucas Biglia favoured ahead of him – but, gradually, he was able to win his trust and was arguably the most in-form player in the squad in the latter stages of the season.

At Milan, Bakayoko instead was primarily entrusted with the deepest midfield role, as shown in the two images below). This isn’t to say he wouldn’t venture further forward on occasion, as the Frenchman completed 2.3 successful dribbles per 90 in Serie A that season, but he had different responsibilities which lay elsewhere.

Hence, Bakayoko was a prolific defensive presence during his time at the San Siro, registering 4.84 tackles and interceptions and 22.3 pressures per 90. Furthermore, he was additionally a fundamental component in Milan’s build-up play and was described by Gattuso in an interview as a deep-lying midfielder that plays in an atypical way. He then elaborated, justifying his point by stating that he sometimes prefers to point and go past the opponent instead of launching the ball, so creating a numerical advantage in favour of his team.

However, despite the rejuvenation in his form, AC Milan chose not to activate the option to buy set at €35m inserted into the loan deal by Chelsea – with the club embroiled in controversy over violating UEFA Financial Fair Play regulations. Subsequently, both he and Gattuso went their separate ways from the club.

A suitable loan spell at former team Monaco ensued for Bakayoko. Now, he has been reunited with Gattuso, with a favourable opportunity at Napoli on loan.

Despite a challenging start to his tenure as Napoli boss, losing four of his opening five league matches, Gattuso has performed well thus far as manager. Employing a 4-3-3 which he used similarly at AC Milan during Bakayoko’s stint there, he has achieved a Coppa Italia title and will be eager to build on this. Players have thrived in his system but, where does Bakayoko fit into this jigsaw?

Despite being remembered predominantly as the tough-tackling, hard-working, engine of the midfield – which isn’t too dissimilar from Bakayoko – Gattuso’s Napoli is actually centred around a passing game. Napoli kept the highest average percentage of possession last season at 58.5% and also averaged 16.5 passes per minute of possession – only inferior to Juventus in the league. Therefore, the midfield positions are crucial to the functionality of the team.

Diego Demme is the man to generally occupy the defensive midfield slot, since signing from RB Leipzig back in January 2020. Primarily, his contribution to the team is a defensive one, completing the highest number of tackles and interceptions of any of the Napoli midfielders besides Allan last season. He will move laterally between the defensive and midfield lines, applying pressure to the opposition (20.1 times per 90 last term) and looking to win the ball back. Additionally, he is a key component in build-up play, operating as a link man between defence and midfield and also has an eye for a pass, although perhaps not to the extent of some other teammates.

This could be a more than suitable position for Bakayoko to fill in Napoli’s system. Gattuso is obviously no stranger to deploying the Frenchman in this area of the pitch and Bakayoko has both the defensive and creative credentials to thrive here. One reservation to be had is that he perhaps does not harbour the positional discipline of Demme. This needn’t be a decision-changing factor though, and Gattuso is arguably one of the most qualified to instil this into Bakayoko. However, it would be strange for Napoli to already be looking to upgrade an individual they signed less than 12 months ago – particularly with Demme having proven himself as a reliable option during his time thus far in Naples.

Alternatively, Bakayoko could look further forward to the left central-midfield position. Currently, this is occupied by Piotr Zieliński in the majority of games, but a change is equally possible. Zieliński tends to operate further forward than Bakayoko traditionally would in the left-half space and is primarily responsible for feeding balls into the box. He is also a capable dribbler and defender but isn’t a ground-breaking footballer in any of these categories – somewhat outshone by the exceptional Fabián Ruiz on the alternate flank.

As a result, Bakayoko could be the ideal replacement for him, capable of providing that bit more dynamism in the midfield. He perhaps wouldn’t supplement creativity to the extent of Zieliński however, with a bit of adaptation, Gattuso could utilise Bakayoko in this role to contribute more lethal dribbles forward. Additionally, if Bakayoko and Demme were both used alongside Ruiz, there is a high probability that they would allow his already extraordinary creative output to increase.

Either of the aforementioned options are viable ones and could see Napoli improve further under Gattuso. Bakayoko is not a star name that necessarily excites the division, but he is certainly a credible and intelligent signing. If utilised in a suitable way under the correct management, he certainly has all the characteristics of someone who can at least enhance Napoli in this campaign. At the very least, he should be a suitable rotation option.

It will be intriguing to see how Gattuso deploys him and whether Bakayoko can prove to both himself and the footballing world that he is capable of the promise he once showed.