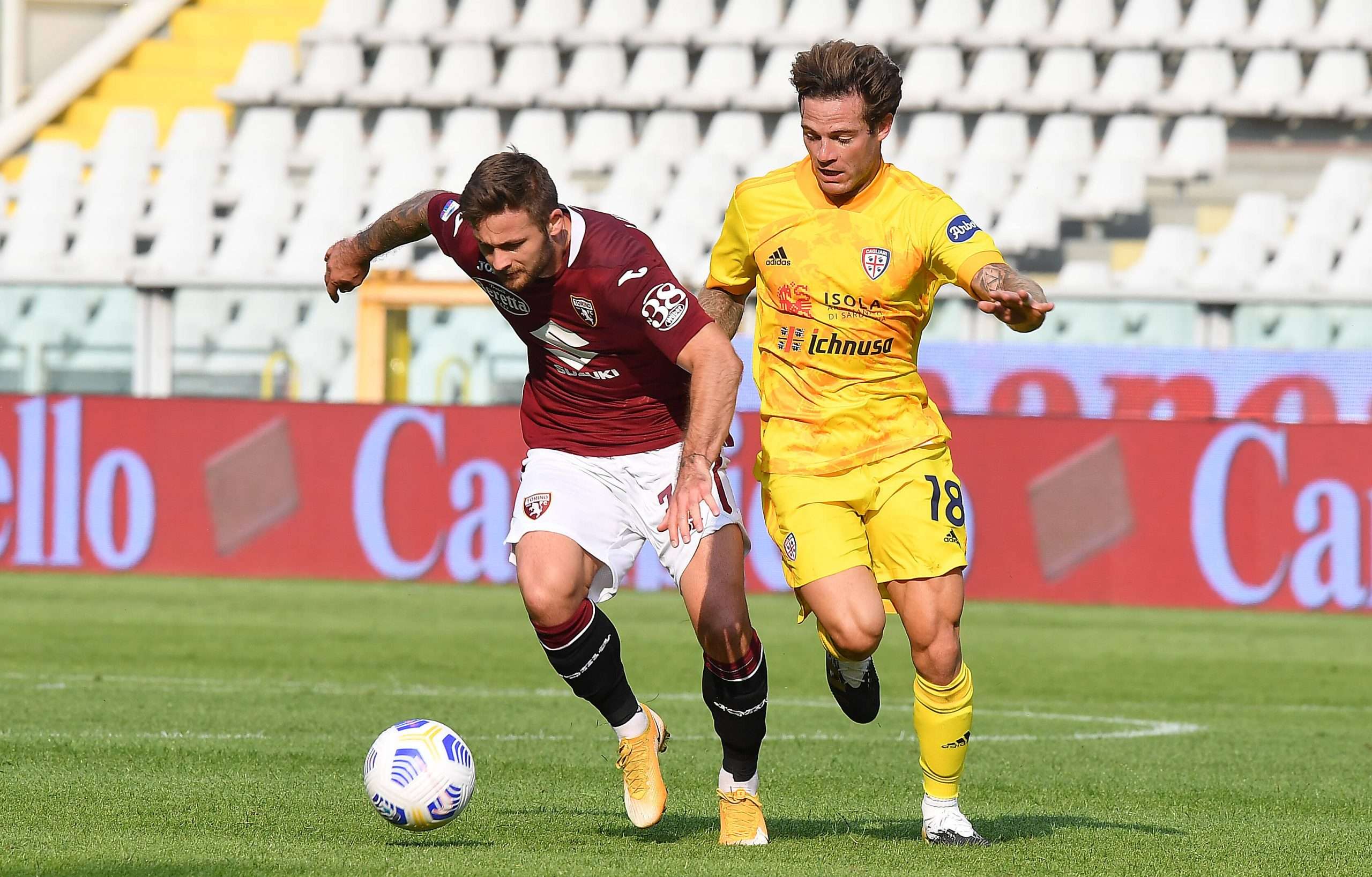 A clinical performance from Belotti was erased by a late winner from Giovanni Simeone, as Cagliari ran out 2-3 victors against Torino.

Cagliari visited Torino at the Olimpico Grande Torino this afternoon, with both sides in search of their first win this season. In the end, Il Toro lost 3-2 from a late goal from Giovanni Simeone, with Torino coming close to tying in the last minute from Andrea Belotti, who was denied by Alessio Cragno.

Belotti scored a brace for the home side, yet his clinical performance was not enough to overcome Simeone’s double along with João Pedro scoring.

The Torino striker is once again having an impressive season, scoring four goals in the past two matches. He finished the match with three shots on target, two keys passes and won three aerial duels. Belotti has shown to be their saving grace on many occasions and continues to be a pivotal factor in their offense, yet unfortunately wasn’t able to deliver a third goal. Their build up in the attack is dependant on him, which looks to be a problem. Marco Giampaolo needs to get more out of his squad or it could be a long season ahead for Il Toro.

Prior to the start of the season, Giampaolo and Eusebio Di Francesco were appointed the new managers for Torino and Cagliari, respectively. Heading into the match, both managers were in search of their first win with their new clubs.

Di Francesco’s side overcame a slow start to the match after conceding a goal within the first five minutes from a penalty.

Cagliari followed with two straight goals from Pedro and Simone to erase the early deficit. Torino had a strong start to the second half and pulled one back from Belotti, yet it was Salvatore Sirigu’s blunders which cost them important points. The goalkeeper mishandled the ball in the goal area, and Simeone was quick to pounce and gave Cagliari their second lead in the match which led to the 3-2 win.

Torino are off to a slow start under Giampaolo, just as AC Milan were last season. They have lost their first three matches of the season and have lacked an identity on the field. Aside from their lead man Belotti, who continues to carry the weight for his team, they have shown poor quality in many areas of the field, which raises some concern moving forward for Giampaolo. Il Toro now remain one of three teams who are winless and sit in 19th place in the standings.

“Over 90-95 minutes, Toro did some good things, some not so good. The growth process means reading things collectively rather than individually,” Giampaolo stated to Sky Sport Italia.

“The result is unfairly damaging, the team deserved more, especially right now when confidence in what we’re doing could be decisive.”

After a difficult start, Giampaolo stated that he would not consider a change from his preferred 4-3-1-2 formation and tactics moving forward. Such a move proved to be costly last season for Milan.

“Absolutely not, this is the system and the approach. We are just lagging behind in our process because we have been so inconsistent in our games, not playing for long periods due to various postponed matches. I trust when we are able to play and train consistently, we’ll see improvements,” added Giampaolo.

With the team yet to win a match this season, it’s important that they don’t lose confidence and stick to the game plan under Giampaolo.

“These are three defeats, but the important thing is that the lads don’t lose heart or faith in the process. I don’t see any warning signs on that front. The regret is above all that we scored two goals in each of the last two games and still lost.”

“I am very happy with the first half, slightly less with the second. We conceded the goals a little too naively, but that’s part of the game,” said Di Francesco after the game.

“The team is improving and growing as the season goes on. It’s satisfying when I see players eager to work hard and learn, such as Riccardo Sottil. He needs more of a clinical edge in front of goal, but I am sure that will come.

“I was asked to give an identity and mentality to this team, that is what I am trying to do. Results will help us speed up the process and grow belief.”