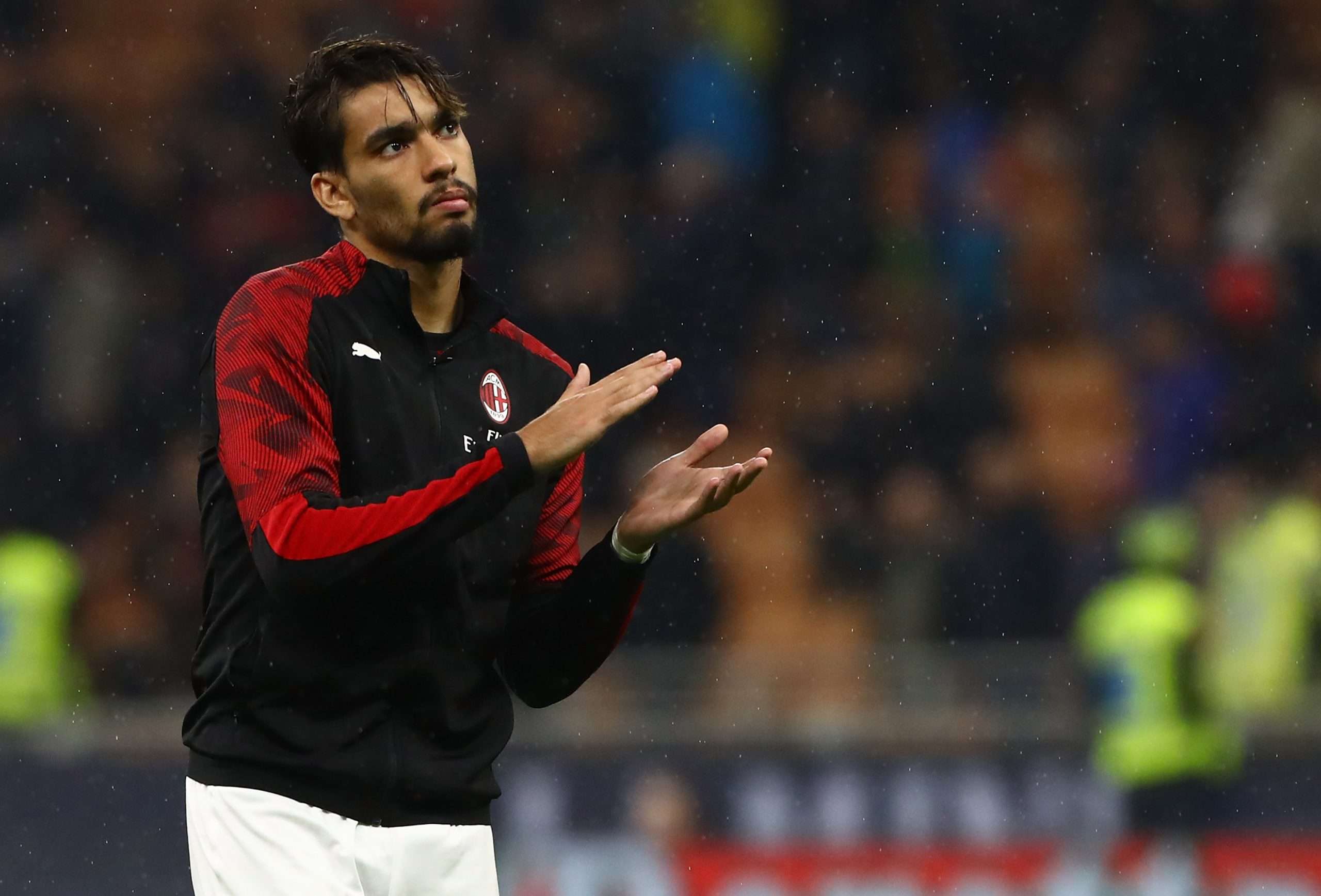 Football is finally set to return in Italy this weekend after a three-month absence, as the Coppa Italia semi-finals are completed. First up on Friday evening, the second leg between Juventus and AC Milan.

The tie is delicately poised, following a 1-1 draw in the first leg. However, Milan have three key players missing, with Zlatan Ibrahimović injured whilst Samu Castillejo and Theo Hernandez are suspended. The side’s fringe players will have to step up if Milan are to progress to the final.

One player who looks likely to start is Brazilian midfielder Lucas Paquetá. It will be a rare chance for the 22-year-old to impress after a disappointing campaign thus far. Here, we look back on how the promising playmaker has fallen down the pecking order and what this could mean for his future at Milan.

When Paquetá arrived in Italy in January 2019, Milan were underperforming. It had become a common trend in recent years. They needed a spark. He provided it.

Whereas some South American players can take a while to adapt to the European style of play, Paquetá settled in almost immediately. Before he had even played a game, Milan’s manager at the time, Gennaro Gattuso, was already convinced that he would make a positive impact.

“His head works well even in a tactical sense. This is something important that I am surprised about. We made a great signing”, he said.

The young Brazilian was thrown straight into the starting line-up, with his introduction helping to turn the side’s fortunes around. Milan won six of their first eight games with Paqueta in the team as they tried to overtake Atalanta and Inter in their pursuit of a Champions League place.

Playing on the left-hand side of a midfield three, Paquetá was blossoming before our eyes. He would move further forwards at times, with his dribbling skills coming to the fore, whilst also being able to pick a pass when in tight, congested areas of the pitch. Just two months into his Serie A career, his agent Eduardo Uram was delighted with his client’s development, and credited Gattuso with getting the best out of his player.

“He’s really happy with what he’s experiencing with the Rossoneri. I think Gattuso is most responsible for his quick adaptation”, said Uram.

Milan went on to miss out on a Champions League spot on the final day, and Paqueta featured in only two of the final eight league games of the campaign due to a combination of injuries and suspensions. However, he had undoubtedly made a bright start to life in Italy, and formed a strong bond with Gattuso in a matter of months.

The summer of 2019 started well for Paquetá. Back in his homeland, he won the Copa America with Brazil as his rapid progression continued. Over in Milan, however, things were not looking quite so positive.

Due to Milan failing to make the top four in the 2018/19 season, Gattuso had opted to step down from his role as head coach and was replaced by former Sampdoria manager Marco Giampaolo. Despite his recent success in Genoa, Giampaolo had spent most of his career managing lower-half Serie A sides or in Serie B. It did not seem to be the most inspiring appointment.

As the season commenced, there were already signs that Milan had problems. Giampaolo’s favoured formation at Sampdoria had been a 4-3-1-2, whilst Gattuso had largely relied upon a 4-3-3 during his time in charge. Milan’s players struggled to adjust.

In his first game at the helm away at Udinese, Giampaolo stuck with his 4-3-1-2, but made some baffling positional choices to make it work. Fabio Borini played in central midfield, Hakan Çalhanoğlu was trusted with the deeper role in the midfield three, and Suso operated just behind the front two having, been so successful from the right wing in the previous campaign. Unsurprisingly, Milan lost 2-1.

A rethink was necessary. Paquetá was sacrificed for the second league game against Brescia, with Giampaolo explaining his decision after the match.

“He just needs to learn to be a little less Brazilian at times, more solid and less playful”, he said. Giampaolo appeared to be questioning Paquetá’s tactical awareness, contradicting Gattuso’s previous assessment, but did recall the midfielder to the starting line-up in the next game. However, after just 45 minutes Giampaolo had seen enough, replacing him at the break. A clearly frustrated Paquetá hit back at his manager on Instagram, writing: “proud to be Brazilian”. All was not well.

Something had to give, and after four defeats in his first seven matches, Giampaolo was sacked. It appeared to be good news for Paquetá, but it was clear that he had lost his way in recent months.

Stefano Pioli was appointed as Milan’s new manager in October, and immediately set about trying to get the best out of his talented playmaker. Paquetá started each of Pioli’s first six games, but his form dipped dramatically.

Whilst Paquetá’s issues at the start of the season could be attributed to his relationship with Giampaolo, now it seemed that he was simply not playing well enough to warrant a place in the side. Pioli’s patience ran out in December, as he dropped Paqueta to the bench.

Over the course of the next two months, he was unable to regain his spot in the team. At the end of January, Pioli addressed Paquetá’s lack of game time.

“For the quality he has, he has to become more decisive, in the final phase either you score goals or assist”, he explained.

He had a point. In 30 Serie A appearances to date, he has just one goal and two assists to his name. That is not enough, for someone of his talent. From lacking tactical awareness to not delivering key moments in the final third, the Brazilian really has had a season to forget so far.

What Does the Future Hold?

Paquetá’s first full season in Serie A has been a challenge. Still two months shy of his 23rd birthday, he is yet to show his full potential. Some major European clubs remain interested in the youngster, though. PSG and Bayern Munich were linked with him in January, whilst Fiorentina have reportedly made enquiries in recent weeks.

There is clearly something there to work with. Equally, successive managers have been unconvinced by Paquetá’s end product. Is he the real deal or overrated?

The next six weeks could go some way to giving us the answer to that question. With games set to come thick and fast through until the end of July, Paquetá should get plenty of opportunities to prove himself. Can he take them, this time? His future at Milan may just depend on it.