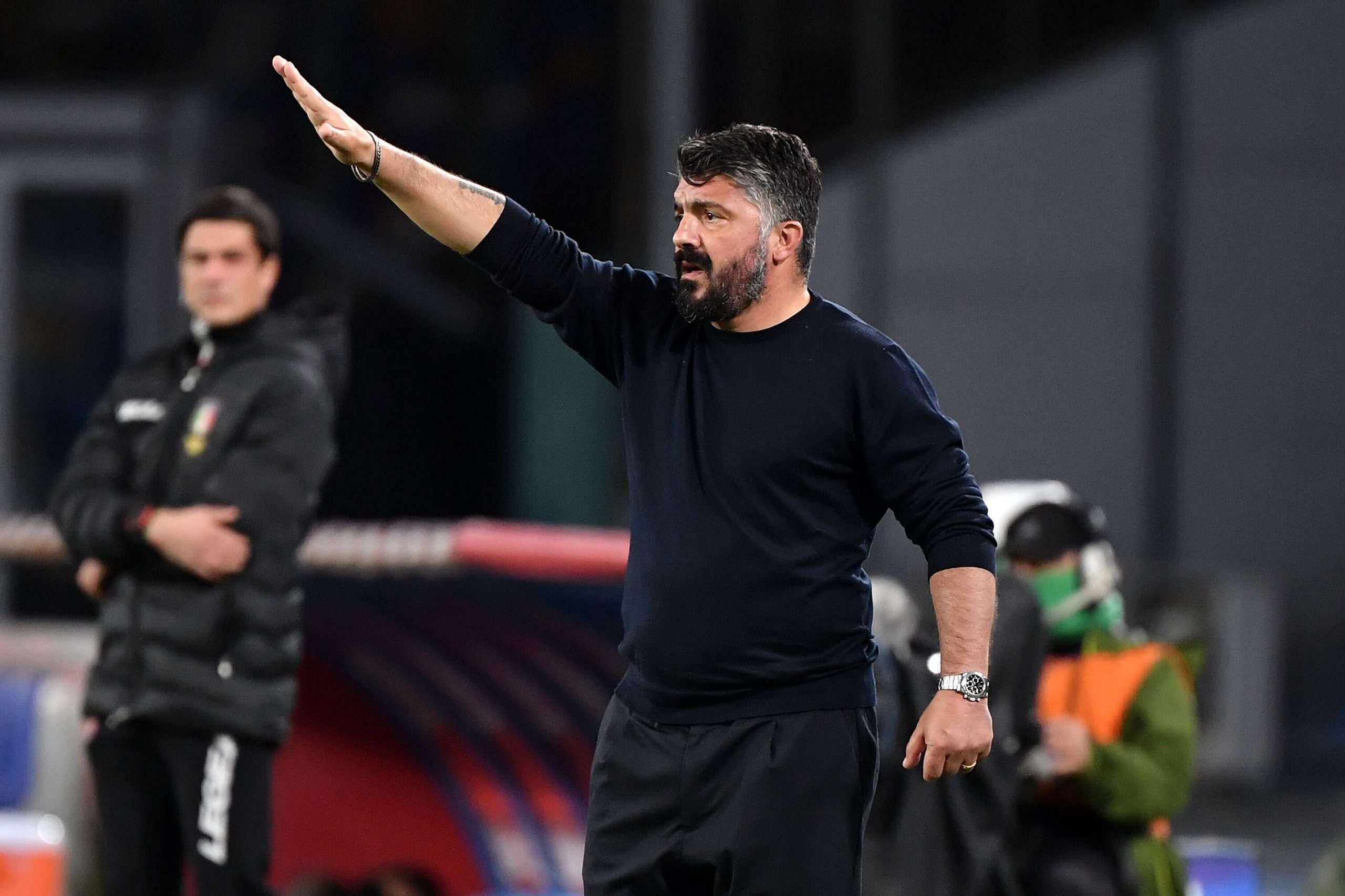 Speaking to Sky Italia in the build-up to Napoli’s Europa League match against AZ Alkmaar, Director of Sport Cristiano Giuntoli has confirmed that an agreement was found to keep manager Gennaro Gattuso at the club.

Giuntoli went on to explain that the papers regarding a new contract are now with the respective parties’ legal representatives, insisting that there would be no issues moving forward with the process and that there was an agreement over every aspect.

The former Milan coach’s contract currently expires at the end of the ongoing season, having taken charge of the Campania side midway through last season, in December.

The director went on to praise Gattuso, speaking of the differences between the Calabrian and his predecessor in Carlo Ancelotti, now at Everton:

“Rino has his beliefs and his certainties, on a daily basis he’s more restless than Carlo. They have different personalities but are both great professionals.”