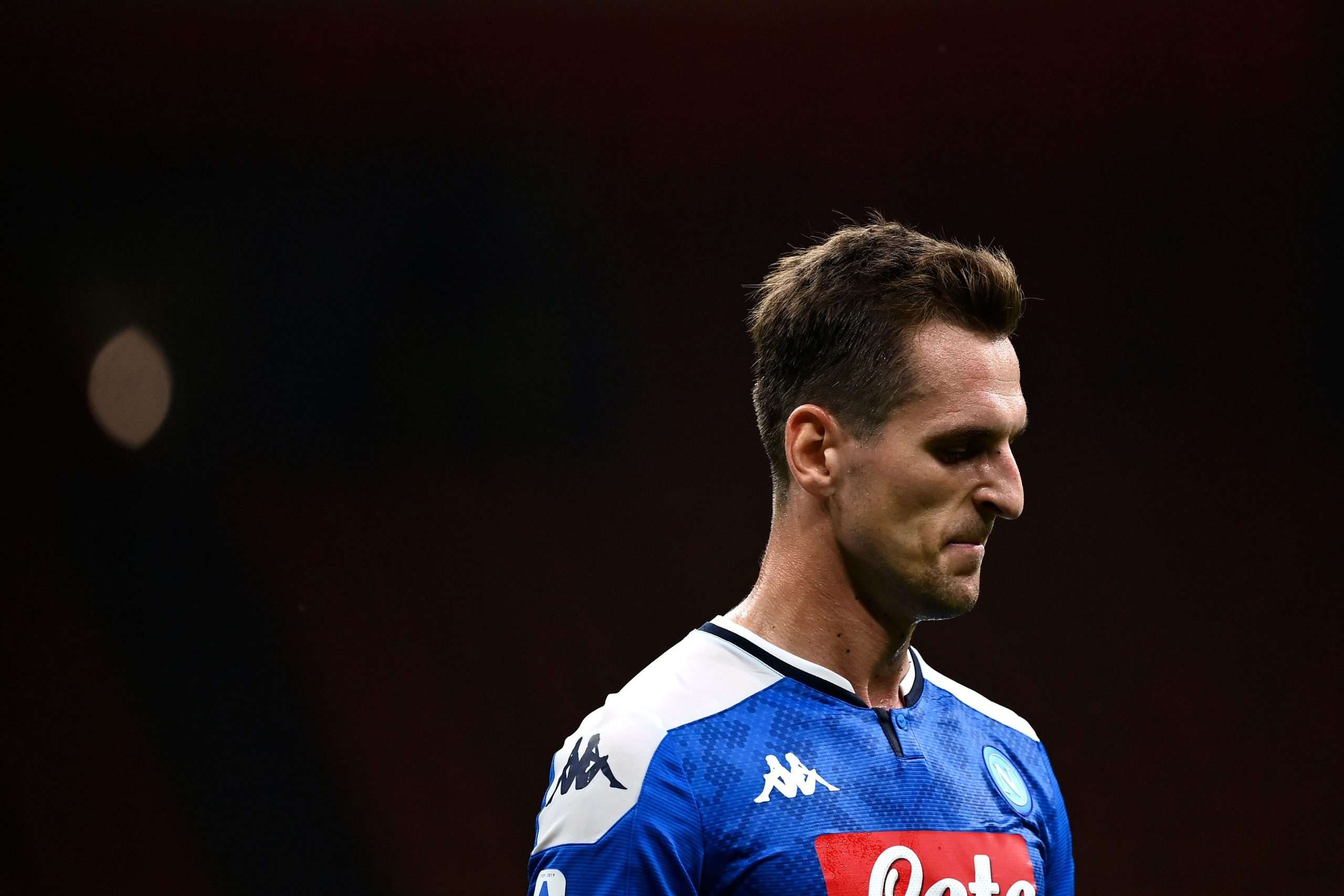 Napoli have announced tonight the sale of Polish striker Arkadiusz Milik to French club Olympique de Marseille. The forward joins the Ligue 1 side on loan with a permanent option, after a protracted transfer saga this month which saw him at odds with the Azzurri management with six months remaining on his contract.

Milik had been frozen out of Gattuso’s squad this season and has to see any league action so far. The Pole had been in search of playing time ahead of the Euros, with the 26-year-old’s stock plummeting in Campania since an impressive 2018-19 season.

According to l’Equipe, the fee will consist of an initial €8m, with add-ons taking the total to €12m. The striker will wear the numbner 19 shirt for the Provence side and join on an initial 18-month loan deal. He will be in line to make his debut against Monaco on Saturday, having signed his contract before midnight tonight.

The deal had reportedly previously been held up by a legal issue between the forward and Napoli president Aurelio De Laurentiis, over an unpaid fine handed out for last year’s collective squad mutiny under Carlo Ancelotti’s reign at the club. Nevertheless, the lawsuit appeared to have been retracted and the deal was given the green light.