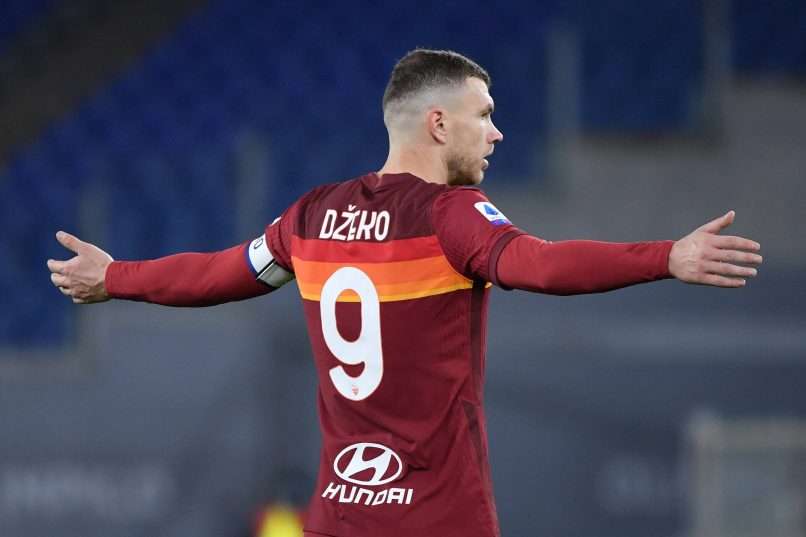 La Repubblica report that Roma manager Paulo Fonseca has not allowed striker Edin Džeko to return to training, as the rift between the two widens.

The Bosnian forward had missed the club’s 4-3 dramatic win over Spezia at the weekend, with the reason given for his absence being an injury sustained in the days leading up to the match.

Nevertheless, having recovered from his injury today the striker was kept in individual training, with the decision being taken by Fonseca himself. The 34-year-old has seemingly been stripped of the captaincy, with Lorenzo Pellegrini taking up the armband in the past few games.

The club has yet to make an official comment on the matter, but Sky Sport report that behind the scenes efforts are being made to reconcile manager and player, although Fonseca’s decision to keep the forward in individual training was approved by the board.

With five days remaining in the transfer window, a move nevertheless remains unlikely, meaning both Džeko and Fonseca are likely to both be at Roma for the months to come.

The tension between the two men was exacerbated after the Giallorossi’s loss to Spezia in the cup saw team manager and squad favourite Gianluca Gomber dismissed after the club was made to forfeit the match after using six substitutions. The Bosnian, who was brought on in the first half of extra-time in the tie, was then cast aside by his manager for leading the revolt.

Edin Džeko has spent the last five and a half seasons in the Italian capital, having arrived in 2015 from Manchester City, after twice winning the Premier League as well as a Bundesliga title with Wolfsburg in 2008-09. The Bosnian has consistently been the key marksman for the Giallorossi since arriving. He notably scored 29 goals in the 2016-17 season, winning the capocannoniere title and helping Roma push Juventus all the way for the Serie A title but ultimately arriving second under Luciano Spalletti.