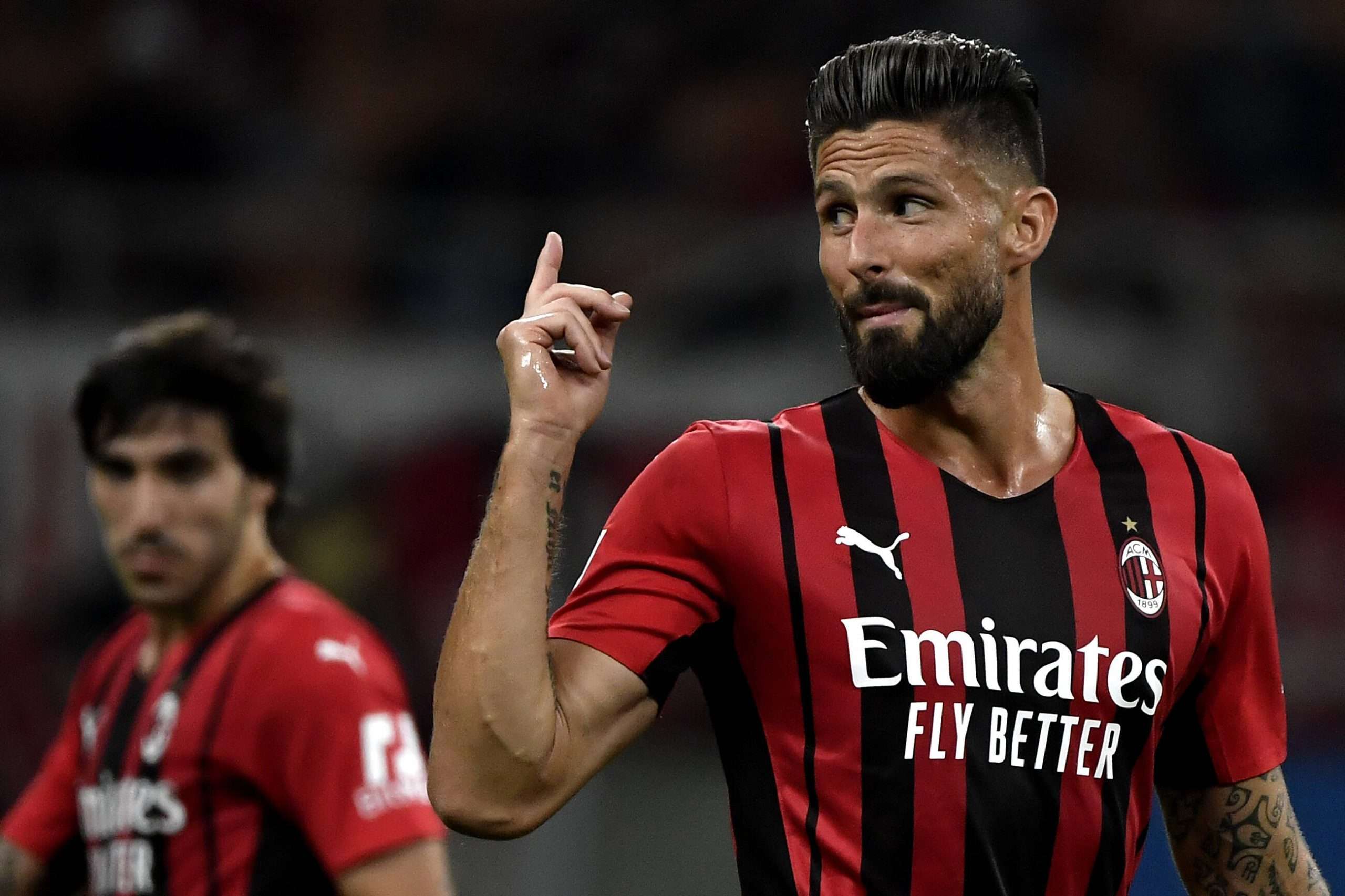 With Olivier Giroud having gone from Chelsea to Milan, Jerry Mancini argues why the Frenchman is indeed a good move for the Rossoneri.

The 2020/21 Serie A campaign was a successful season for Milan as they finished in second place. In doing so, they returned to the Champions League after being absent for the past seven seasons. While the club had a positive campaign, there was one glaring issue that needed to be addressed for the following season and this was the number nine position.

Zlatan Ibrahimovic has been Milan’s primary striker for the past two seasons and has proven to be effective in most matches. Last season, he ranked first on the team in goals with 17 across all competitions in just 27 matches. Midfielder Franck Kessie, finished second with 14 goals and was followed by left winger, Ante Rebic in third with 11.

When Zlatan struggled to stay fit, the number nine position became problematic as various players were used in this role. Rafael Leao was used as a centre forward but he was not consistent last season. On numerous occasions he failed to convert his chances and looked out of sync. He managed to score seven goals across all competitions but didn’t provide enough offense behind Zlatan.

During the winter transfer market, Milan signed Mario Mandzukic as a back-up to Ibrahimovic. This was a rare move that didn’t work out well for Milan Sporting Director Paolo Maldini. Prior to joining, in the past year and a half, Mandzukic appeared in seven matches across all competitions for Star League side, Al-Duhail SC. He was rarely played and wasn’t fully fit upon arriving.

The ex-Juventus forward appeared in 11 matches for Milan where he played 287 minutes and struggled to make an impact for his side. He was constantly injured or showed poor form.

However, during this past summer transfer market, Milan did a great job of addressing the issue as they signed Chelsea centre-forward, Olivier Giroud. Although Ibrahimovic and Giroud are 40-years old and 34-years old respectively, Giroud’s age shouldn’t be a concern for Milan. In the past two seasons the ex-Chelsea striker’s playing time has been significantly low due to serving as a backup. Last year he finished the season with 1200 minutes played and appeared in 31 matches.

During the past three and a half seasons with Chelsea, injuries haven’t been a concern for Giroud as he’s managed to stay fit and healthy. Through that span, he’s missed only 19 matches across all competitions. With Ibrahimovic up in age and constantly out of the lineup due to injuries, a healthy Giroud will prove to be vital this upcoming season.

Along with being able to stay fit, Giroud will provide the secondary scoring that Milan needs. During his time with Chelsea, he appeared in 119 matches where he scored 39 goals and contributed 14 assists across all competitions. He’s has been effective as a starter or substitute and has proven to make a difference in matches.

Two seasons ago, Giroud played a meaningful part in Chelsea’s 2-1 win over Rennes in the Champions League as he scored the winner in the final minutes of the match. It was a great moment for the Frenchman as he managed to come on late in the game and proved to be a difference maker when called upon. It was definitive of his trait, as he has made a name for himself by scoring clutch goals.

Giroud will definitely provide the offense that Milan is in dire need of and will provide them a high caliber back up option to Ibrahimovic. In addition, with Milan returning to the Champions League, he will help the Rossoneri as he adds valuable experience that should help the club.

Giroud has appeared in 41 matches in this competition and scored 18 goals along with six assists. His presence will definitely help the likes of Rafael Leao, Theo Hernandez and Fikayo Tomori, who are young and inexperienced.
Two seasons prior, Giroud started the season as backup and the following year found himself in the same role.

Yet, this never effected his performance or attitude as he proved to be a good leader on and off the pitch. Expect the same with Milan as Giroud has always shown a positive attitude and will embrace any role that is given to him. He will surely provide good morale and leadership in the dressing room for a young squad.

Giroud is off to a great start this season as he has two goals in his first two games with Milan. He has shown no signs of slowing down and continues to prove that he is able to make a difference for his side. He will definitely provide leadership to a young Milan squad yet and most importantly, the Rossoneri will finally get the secondary scoring option that they surely could have used last season.