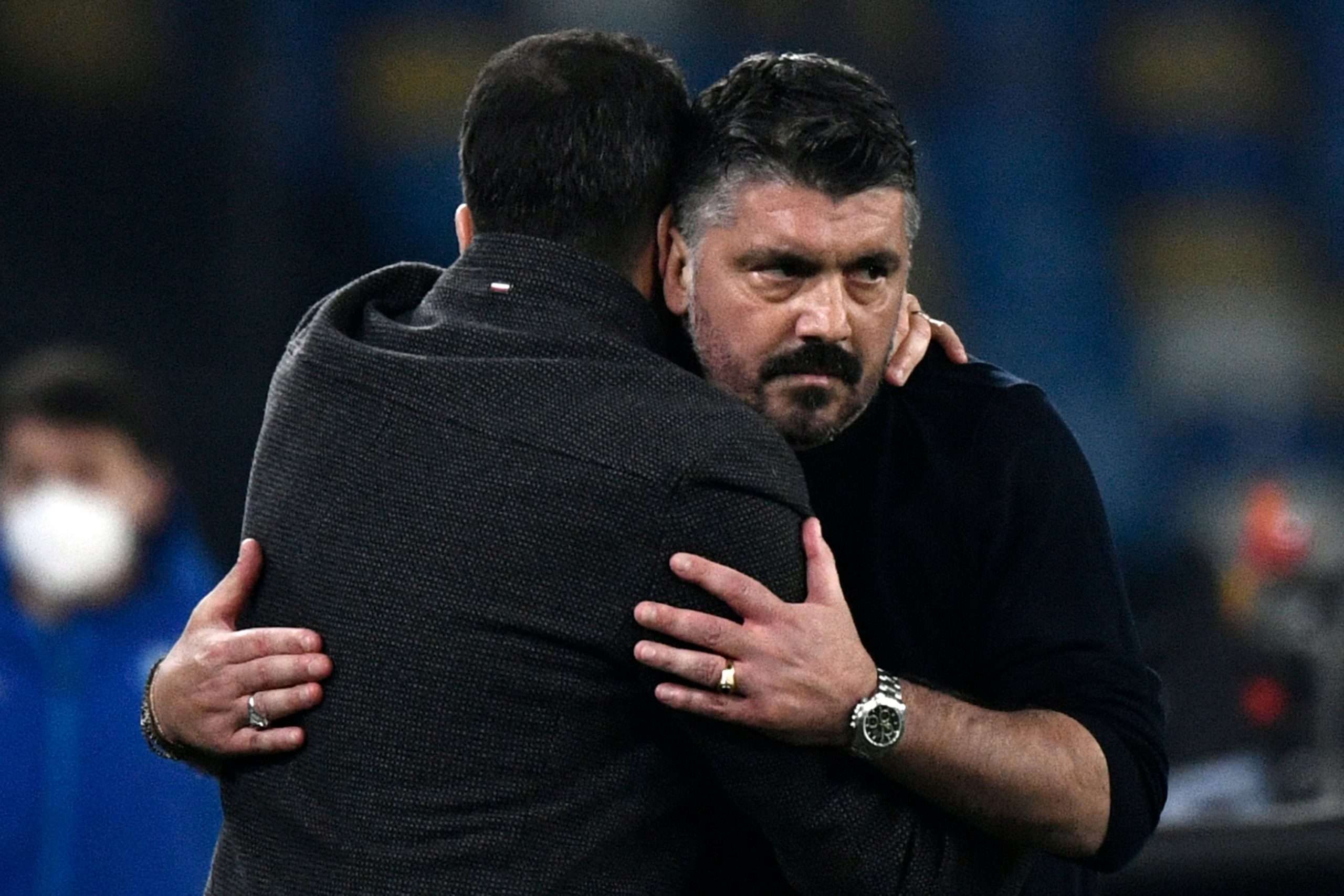 Speaking to Sky Sport after his Napoli side’s elimination from the Europa League at the round of 32 stage, Gennaro Gattuso lamented the way in which the Azzurri’s opposition played in order to secure the aggregate win.

“We conceded an absurd goal today as well, it was three against one in the box. I can’t remember any other chances for Granada. We have to be proud of what we showed.”

“Those who represent us need to make themselves respected a bit more – if an Italian team played like Granada tonight, they would get slaughtered in all the papers. There needs to be respect, today they wasted too much time, three minutes at every opportunity.”

“I’m angry not because we lost, but because there was very little play.”

“Right now we need to get the players and the enthusiasm back. The players need to be calm, it’s me that people should be bothering here. I’m the one who’s most responsible. Now, we have to get to work, it’ll be important for us. The Napoli shirt is a heavy weight, but we need to be calm and give that little bit extra.”