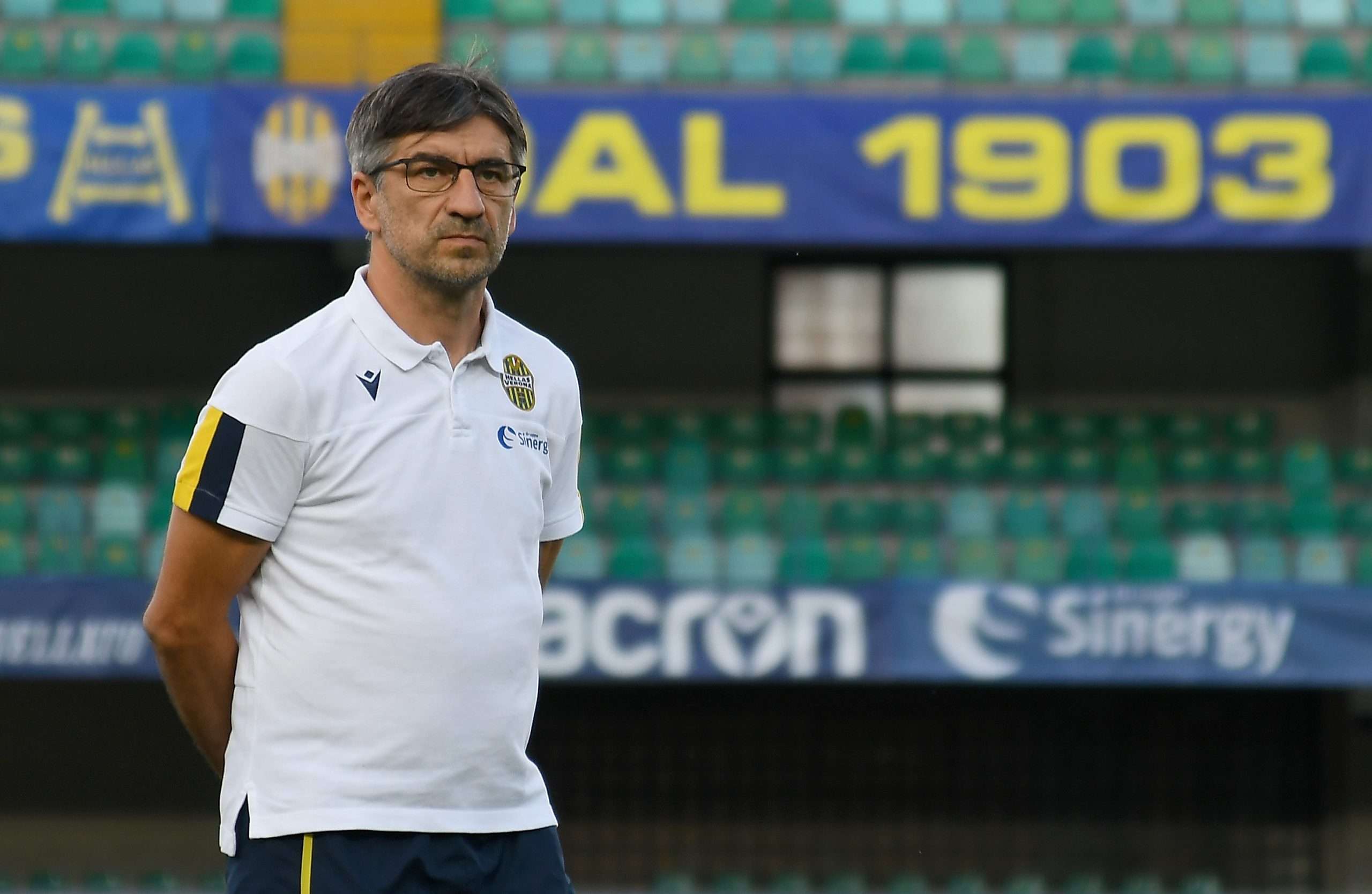 With Hellas Verona having lost Ivan Juric, Jake Smalley looks at how the Gialloblu could perform under new boss Eusebio di Francesco in the 2021/22 season.

It was almost a season in two parts for Hellas in 2020/21 as Ivan Juric’s side overachieved quite fantastically to reach 7th place by Matchday 14 to then crash and burn, winning only one of their last thirteen league fixtures.

Wins against Atalanta, Napoli and Lazio had fans dreaming over European qualification before a severe nosedive post March saw them fall out of European contention to a 10th place finish.

Key exits to deal with for Verona
Former Genoa boss Juric delivered a tenth place finish to match ninth from the year before which, on paper, is quite a feat given the Veronese outfit have little spending power yet have finished above the likes of Fiorentina, Genoa and Bologna for the second successive year following their promotion to the top flight in 2019. Shrewd signings and a highly effective 3-4-2-1 system adopted by the Croatian had given Hellas a name in Serie A as a side than no one is to take too lightly.

However, this was to be Juric’s last season in charge as he left to join struggling Torino a week after the season ended. Star wing-back Federico DiMarco has also returned to Inter and is expected to make his mark there this term. There was also a surprise exit from goalkeeper Marco Silvestri to Udinese for a paltry €2million, which saw Verona move quickly to bring in Benevento stopper Lorenzo Montipo.

A potential season of struggle for the Gialloblu?
Verona’s upcoming season largely hinges on the appointment of Eusebio Di Francesco as Juric’s replacement. The man largely credited with having a key role in the rise of Sassuolo and the manager who took Roma to the Champions League semi-finals is aiming to rebuild his reputation after recent failures at Sampdoria and Cagliari.

His first job will be to try and get the best out of Gianluca Frabotta, who has joined on loan from Juventus to replace the departing DiMarco. A key area that will perhaps need attention also is the striking department with Kevin Lasagna and Nikola Kalinic possessing plenty of pedigree but were both far from prolific last term.

The likes of experienced skipper Miguel Veloso and Mattia Zaccagni will be key as Verona still possess, in the main, the side that overachieved substantially in the first half of last season.

Expectation will be to obtain a safe mid-table finish without any fear of relegation given the achievements of the current crop of players who remain from the last two campaigns. It feels almost as if this season will be a critical one for the Bentegodi based outfit as they now feel cemented in the top flight after several yo-yo seasons and spending the early part of this century as low as Serie C1.

Another failure from Di Francesco could threaten this craved stability in the top flight that all Hellas fans long for and would certainly be a large nail in the coffin of his managerial career.

Should the players buy into Di Francesco and Montipo and Frabotta prove good enough to replace the departing DiMarco and Silvestri, Verona shouldn’t go far wrong. However, tinkering with a system that has brought success with this group of players or failure from Di Francesco to get them working as they did under Juric and they could see themselves sucked into a relegation battle.