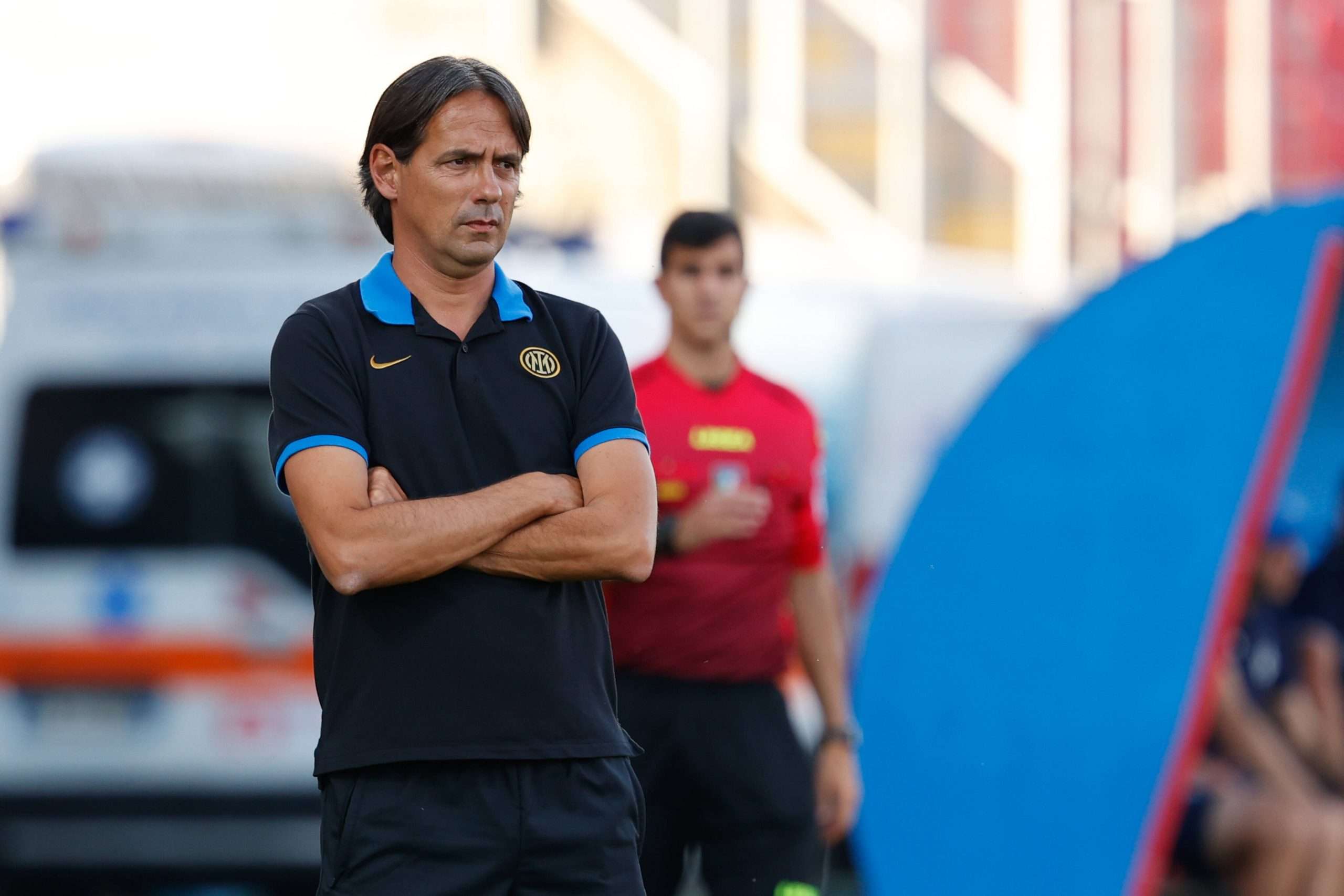 Following the departures of Antonio Conte, Achraf Hakimi and Romelu Lukaku, Inter have quite a lot to deal with. Jake Smalley takes a look at what to expect from Simone Inzaghi’s side next season.

Its hard to think of a team in the history of Italian football who became Champions and then decided to press the self-destruct button on the entire project quite like Inter have done this summer.

After last season’s Scudetto was secured, Antonio Conte walked just 48 hours on from standing with the trophy and holding it aloft in front of supporters gathered outside San Siro.

Inter’s Chinese owners the Suning Group told fans that financial instability at the club caused by the global pandemic meant that one star player must be sold to balance the books, something which Conte wasn’t prepared to be dealing with.

Moneybags Paris Saint Germain came in and swiped Moroccan wing-back Achraf Hakimi for somewhere in the region of €60million, much to the chagrin of the Inter faithful, who were unable to see the brilliance of the former Madrid man in the flesh.

Conte gone. Hakimi gone. The success of last season seemed something of a world away for Inter fans and their summer was only about to get even worse.

Talismanic striker Romelu Lukaku then packed his bags and returned to England with Chelsea after Suning ruled that the London club’s €115million offer was too good to turn down.

‘Pazza Inter’ haunting the Nerazzurri
Broken promises and the loss of three vital components of Inter’s success last term leaves the fans’ relationship with the club’s owners in complete tatters.

In response to the return of ‘pazza Inter,’ Simone Inzaghi has ended a five year spell as manager of Lazio to replace outgoing Conte and the club moved quickly to steal Turkish trequartista Hakan Calhanoglu on a free transfer from cross town rivals Milan.

Inter have also brought in Dutch international defender Denzel Dumfries who impressed at Euro 2020 and added the experience of Edin Dzeko to the forward line whilst the search now continues to replace Romelu Lukaku’s heavy boots.

Still a possible title charge for Inter?
As far as this coming season goes, Inter should still be in a good place to defend their crown. The likes of Nicolo Barella and Marcelo Brozovic remain in the engine room as does the back three of Bastoni, de Vrij and Skriniar which shut down the league’s best attacks consistently last term.

If Simone Inzaghi can add a sprinkling of flair to the mechanical system built by Conte and Beppe Marotta and Piero Ausillio work their magic in recruiting a replacement for Romelu Lukaku, Inter could surprise many, who at this point are dooming them to failure.

Lukaku and Hakimi will be huge misses for sure but Inter are in good hands with Inzaghi. Top four must first be their aspiration but they could even be aiming higher should things click.

Something however, knowing Inter and the circus that often surrounds Serie A’s most crazy club, tells us that this year could also go completely awry and Suning will be chased out of Milano.