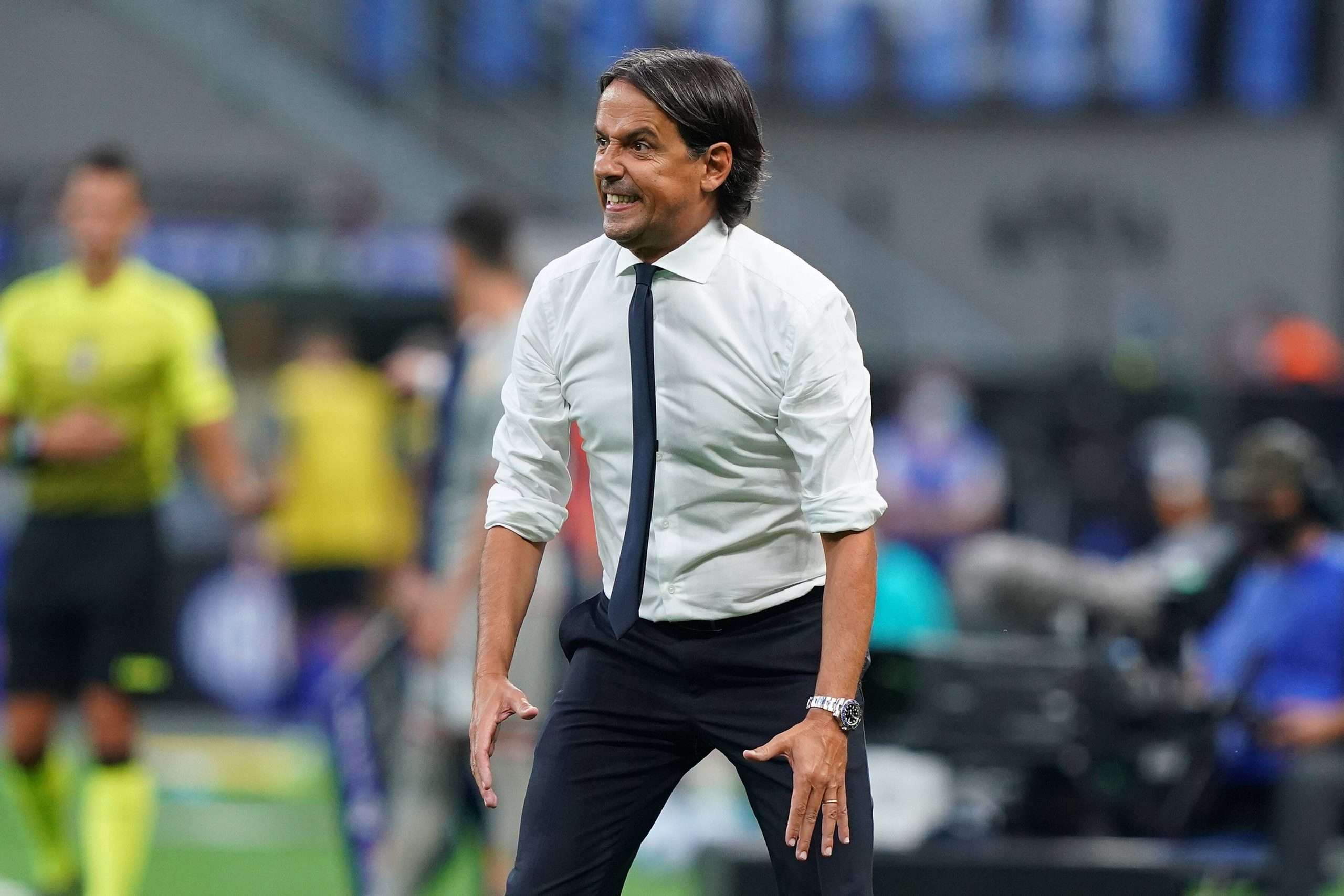 Inter boss Simone Inzaghi has given his opinion about the Nerazzurri’s 3-1 loss to Lazio in Serie A on Saturday.

Inter went 1-0 up through Ivan Perisic but conceded thrice in the second half to pick up their first loss of the season. The second Lazio goal came under the spotlight as the ball was kept in play despite Federico Dimarco being down injured.

Inzaghi talked to DAZN about it and spoke about the second goal in detail. He claimed: “The second goal is strange but the referee does not blow the whistle, they don’t want to throw the ball out. We lost our heads and the third goal came like this.

“We take the performance, not the result. If it should have been thrown out? Lautaro cannot see Dimarco on the ground, the referee in these cases can also stop but I wouldn’t talk too much about it.”

Sergey Milinkovic-Savic’s late header all but sealed all three points for Lazio, with Ciro Immobile scoring the first and Felipe Anderson getting the second.

Lazio boss Sarri hits out at Inter: “If anyone had to put the ball out, it was them.”