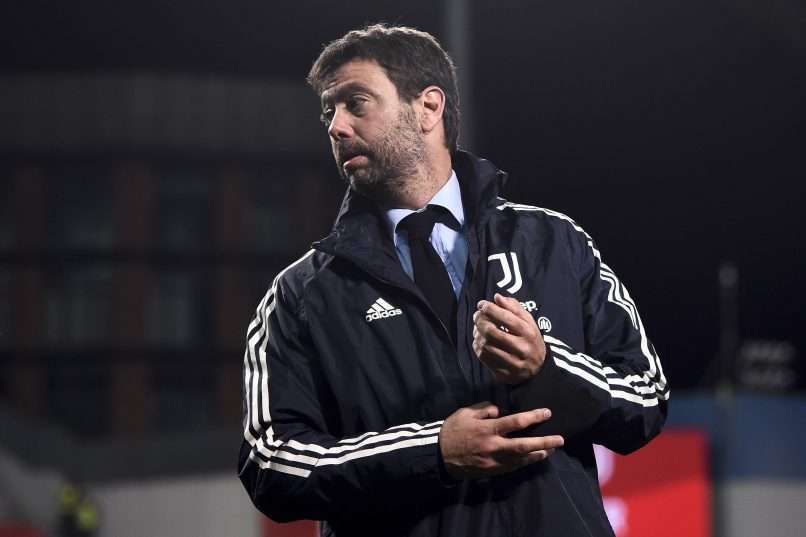 Speaking at Fabio Paratici’s final press conference before leaving the club, Juventus president Andrea Agnelli notably discussed the Super League, as well as the departing director’s achievements over his 11-year spell at the club.

With his club one of the three to remain in the project – Milan and Inter have left after striking a deal with UEFA along with the English clubs involved – Agnelli has resolutely defended the Super League and criticised the continent’s football governing body in the midst of a standoff with likely legal ramifications.

“I have sought to change European competition from the inside for years because the signs of a crisis were obvious even before the pandemic. The system concentrates the power in a monopoly. The Super League is not a coup d’état, but rather a desperate cry out in alarm for a system which, knowingly or otherwise, is heading straight for insolvency.”

“[On UEFA’s response] You can’t reform football in this crisis with that kind of behaviour. Fortunately, I know that not everyone at UEFA thinks the same way. The desire for dialogue remains the same. Other sports have faced this kind of shift, and almost all the stakeholders agree that the system should be changed. Juventus, Real Madrid and Barcelona are determined to reach a complete reform of the competitions, especially in the interests of the clubs that have expressed their fears to us regarding the situation.”

“[On Paratici] Fabio could talk about football for hours and you wouldn’t stop listening to him. He arrived at Juventus a boy and leaves a man, one who has the great virtue of curiosity, and has talent, instinct and responsibility. He’s a winner. I’m reminded of the many players he brought here – I thank them all, but I’ll name three – Tévez, Dybala, Cristiano Ronaldo. The only regret would be [not getting] Robin Van Persie.”

“Together we came to the conclusion that maybe it was the right time to take on a different direction. And I can only say, in mine and in Juventus’ name: thank you. These have been a fantastic 11 years.”