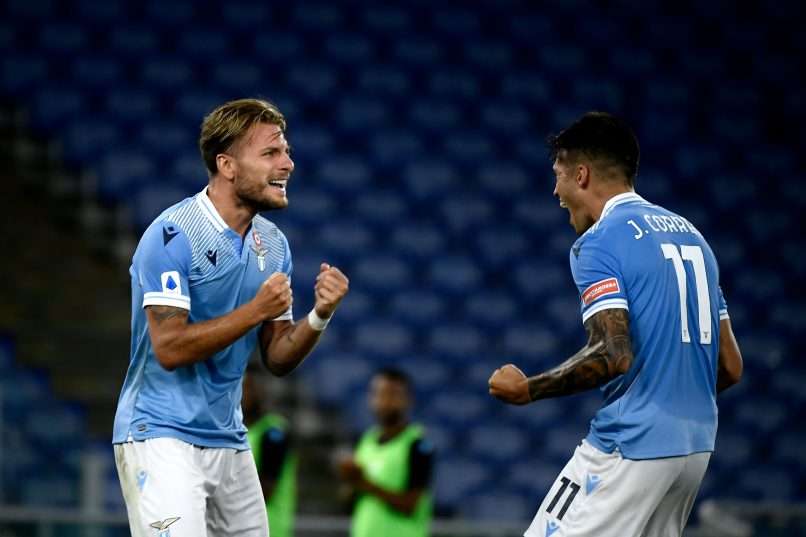 Lazio star Joaquin Correa has attracted interest from Premier League clubs like Tottenham, Arsenal and Everton with interest from Paris Saint-Germain now having looked down.

Corriere dello Sport have reported about Correa’s situation, claiming that negotiations with the Parisiens have cooled down. Correa, the report claims, has asked for his sale from the Biancocelesti and offers from clubs are now expected.

As a result, interest from Everton, Arsenal and Spurs has cropped up and a sale of the player would help Lazio with extra finances which they can use to sign their targets.

Lazio still want Julian Brandt and they could need the money from Correa’s sale to sign the German from Borussia Dortmund. If the Argentine leaves, Maurizio Sarri’s side will look to sign a couple of players. Apart from Brandt, they would also look to sign Jose Callejon from Fiorentina as a reserve option.