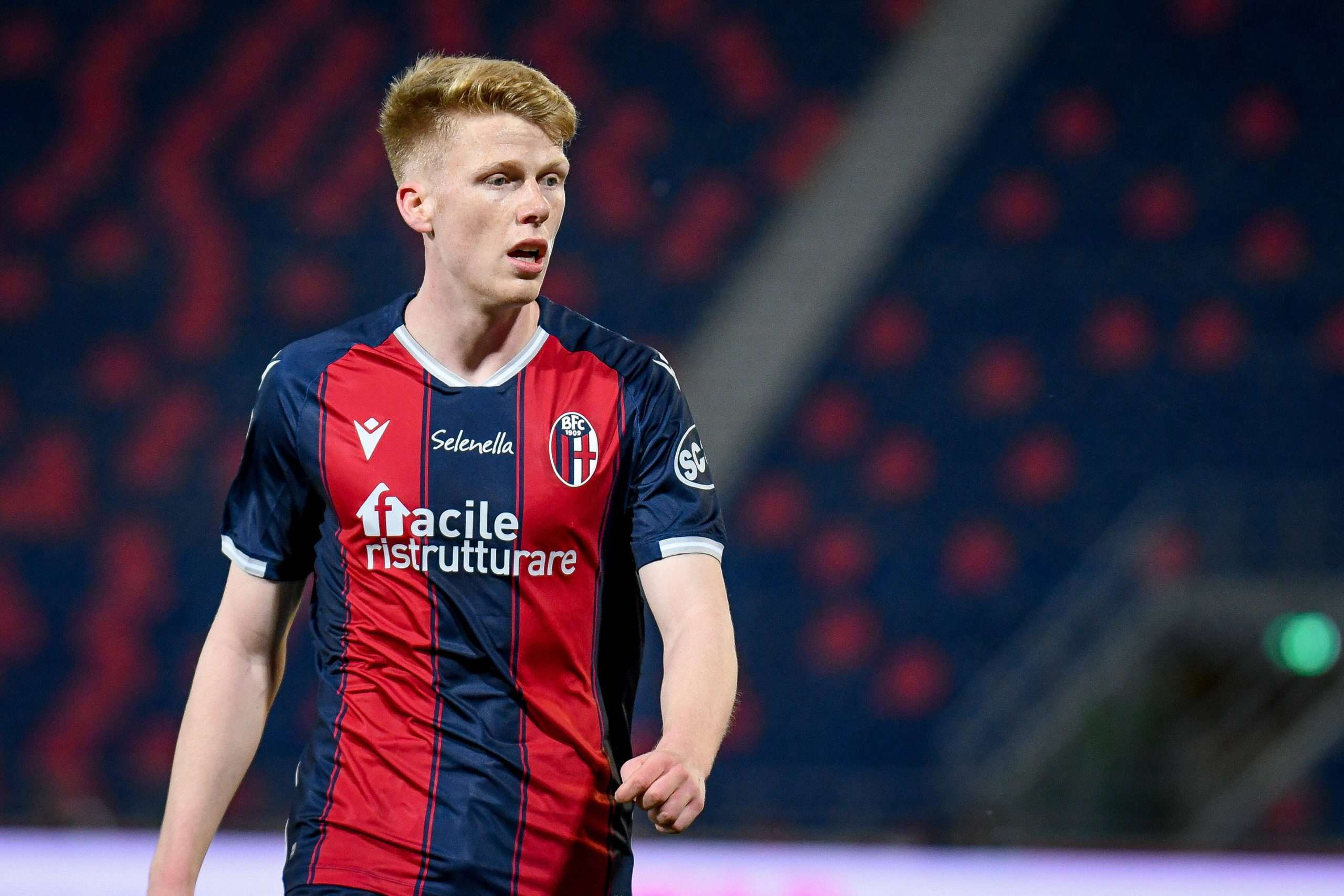 Every Serie A season presents the chance of being a new story in the chapters of players seeking new glories. Kaustubh Pandey takes a look at some undervalued players for the 2021/22 Serie A campaign.

The ongoing summer transfer window has already allowed us to witness a fair share of Italy-based players head off to other sometimes richer pastures. While that is certainly damaging for the league and the overall quality, it helps the money flow through the Italian football system and unlocks various deals in the league. It is a food chain which doesn’t just help the potential buyer, but the helps the seller in many different ways.

While Italian clubs have lost key players and they will continue to lose them even 100 years on, all of it depends on how they use their smart recruitment to replace the outgoings.

While we might yet see Calcio lose other prized possessions, some of them are yet to fully grace the limelight in Serie A. They’ve only shown glimpses of their quality over the previous season and the 2021/22 season will be crucial for their global name and fame. With that in mind, we go over some undervalued players in Serie A who could be set to shine in the 2021/22 campaign.

Jerdy Schouten: Bologna have a fair share of undervalued stars and probably standing at the top of the list is midfielder Jerdy Schouten. Since arriving from Dutch club Excelsior in the summer of 2019, the 24-year-old Dutchman has established himself as a mainstay in the Rossoblu side by operating as the deepest midfielder in Sinisa Mihajlovic’s 4-2-3-1 system that can often transition to a back three.

A defence-first defensive midfielder, Schouten’s reading of the game shines through consistently. He’s very good at stopping the opposition play through the midfield and he then keeps his passing simple to set the likes of Musa Barrow and Roberto Soriano through.

He was only behind Takehiro Tomiyasu and Soriano last season, in terms of progressive passes while playing lesser games than them. He played the highest number of passes into the final third for Mihajlovic’s side, showing that even though he’s defence-first, he’s tidy on the ball.

🚨📰@86_longo: Milan had several contacts with Bologna for Jerdy #Schouten. The dutch is moving up in Rossoneri's midfield ranking. pic.twitter.com/QmdL4rzHhD

Having previously been linked with the likes of Atalanta and Milan, this could be a big season for the Dutchman.

Wilfried Singo: When Torino loaned out Ola Aina to Fulham last season, it gave a chance for young Wilfried Singo to step into the right wing-back role. And throughout the campaign, Il Toro never missed Aina as everyone witnessed Singo’s rise from Denguele in Africa to Europe.

Singo got one goal and two assists last season and he constantly showed his ability to ruthlessly carry the ball forward and act as a reliable attacking outlet on the right. He generated an Expected Assists tally of 0.14 per 90 minutes and showed his robustness in the air as well.

While Aina has now returned to Il Toro, Singo’s traits could fit right into the demands of new boss Ivan Juric, who has shown quite a bit of willingness to get his team to play on the front foot. In a system like that, Singo could be set to have a great season.

Razvan Marin: While we have seen multiple players from Romania grace Serie A in recent months, Cagliari’s Razvan Marin did that last summer and he has already thrived for the Sardinian outfit in the heart of the park.

Considering the successes of Nicolo Barella, it is only natural for Cagliari midfielders to be compared to the Euro 2020 winner. But 24-year-old Marin comes across a different player, as compared to what Barella was during his stint at the Sardegna Arena.

Marin was Cagliari’s most advanced midfielder in their predominant 3-5-2 shape last season and in a side which struggled on and off the pitch, the Romanian was one of their shining lights even while having to gasp for possession around him.

Out of first-team regulars, he was the best Cagliari player in terms of shot-creation actions and he used his ability to pick the right passes in open play and during set-pieces to great effect. He showed a fair bit of flexibility, as he often played on the left of the central midfield but could also be used on the right of the midfield three. Either way, he was the midfielder who got the most amount of creative freedom and those numbers could certainly increase when his team has more possession.

A right footed centre-back, Walukiewicz arrived at the Sardegna Arena back in 2019 and he’s now into his third season with Cagliari. He has never been a regular at the back, having made less than 20 league appearances over the last two campaigns. But with Cagliari now set to lose Diego Godin, it could well be the Pole’s real opportunity to shine and make a name for himself in the first-team.

He did quite a reliable job in a back three and a back four while playing beside the Uruguayan veteran and now it’s time for him to step up. He’s technically reliable and physically robust, which allows him quite a good recovery pace to catch up with the opposition forwards if they run in-behind. This makes him someone who can play in a deeper defensive line and in a higher line for a bigger club. His technical ability can come across a lot more if he plays in a possession-oriented team, who can get the best out of him.

M’Bala Nzola: Spezia’s M’Bala Nzola has had quite a journey in the game. Someone who was once playing in the third division of the Italian football pyramid, the Angolan striker established himself as a goalscoring threat in Serie A under Vincenzo Italiano last season.

A case can be made of the fact that the Aquilotti did overperform under Italiano and they may not do the same under Thiago Motta. Nzola’s overperformance on Expected Goals wasn’t too massive, as he got 11 from an XG of 9.1. In a technically oriented team, he got a fair amount of service and Motta also likes to profess a brand of football which is based on keeping possession and having lots of movement around the final third.

While there are question marks about Motta’s managerial abilities because of his previous stints in Serie A but Nzola’s goalscoring will be a defining feature of his stint at Spezia. Nzola’s agent Didier Pingisi has already credited 70 percent of the striker’s success to Italiano in an interview, but another good season at the Alberto Picco could take the Angolan to a bigger club soon.

Musa Barrow: Musa Barrow has always been a player who has the ability to torture the opposition, leave them gasping for air after showing them a nifty pair of heels. He’s no stranger to doing the same in big games for Bologna, who he joined permanently this summer after having spent about 16 months on loan at the Rossoblu from Atalanta.

In 59 games for Bologna, he has contributed to over 30 goals while either playing on the left wing or upfront. While he may not be the quickest player out there, he’s got a touch and control that sets him apart from others. He uses his 184cm-tall body to perfection, as he likes to spin defenders inside-out before going past them.

While his outstanding introduction to Bologna colours in the 2019/20 season had him overperform on xG by over 3.0, he did fall to underperforming last season by 0.9. Regardless, he managed to contribute to 16 goals for Sinisa Mihajlovic’s men. He has historically never been scared of taking regular shots on goal from the left side, always making him an unpredictable player to deal with.

This will be his second full season at the Renato Dall’Ara and it could prove to be key for his future endeavours.

Emanuel Vignato: A lot was made of things when Bologna had managed to snatch Emanuel Vignato from Chievo back in 2020 and he’s now come of age in Serie A at the tender age of 20.

An extremely versatile midfielder, the Italian played a wide variety of positions for Mihajlovic’s side last season, often playing as a second striker, apart from playing on the left or as a central midfielder in the 4-2-3-1 shape. While he only got one goal and four assists, he racked up an Expected Assists tally of 0.25 – more than any other Bologna regular.

Emanuel Vignato is growing out to one of the most exciting prospects in Serie A, his creative numbers are brilliant for his age. pic.twitter.com/CpRlctgAzr

His versatility, vast skill set and age makes him a very interesting prospect to look at. Bologna’s potential sale of Takehiro Tomiyasu shows that they aren’t shy of selling their best players and if Vignato does well this season, it could mark the emergence of the next big thing in Italian football.

All stats via FBRef