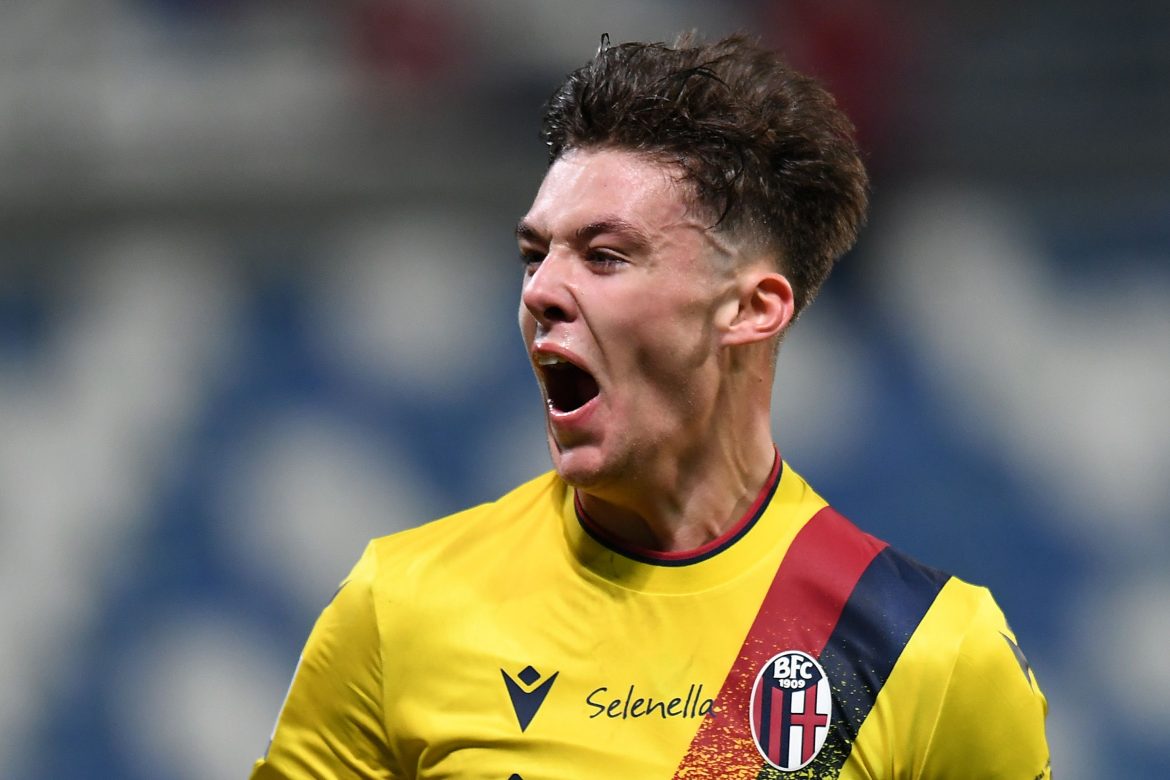 Aaron Hickey will soon join his next club as Bologna and Brentford have reached an agreement over the transfer of the full-back.

According to Gianluca Di Marzio, Aaron Hickey will undergo his medical at Brentford next week ahead of his coveted move to Premier League.

Bologna have agreed to sell the young full-back, with the English club agreeing to pay a transfer fee of around €22 million (including various bonuses) for the 20-year-old. It is also understood that the player will sign a five-year contract at The Bees.

Hickey joined Bologna in 2020. An impressive run of performances saw the value of his stock rise, and it eventually resulted in the player attaining interest from various clubs across the continent.

Over the two seasons in Serie A, Hickey amassed five goals and one assist from 48 appearances for the Rossoblù. It was once thought that Bologna won’t consider selling the wizkid, but it appears as if Brentford’s offer was too good to overlook.