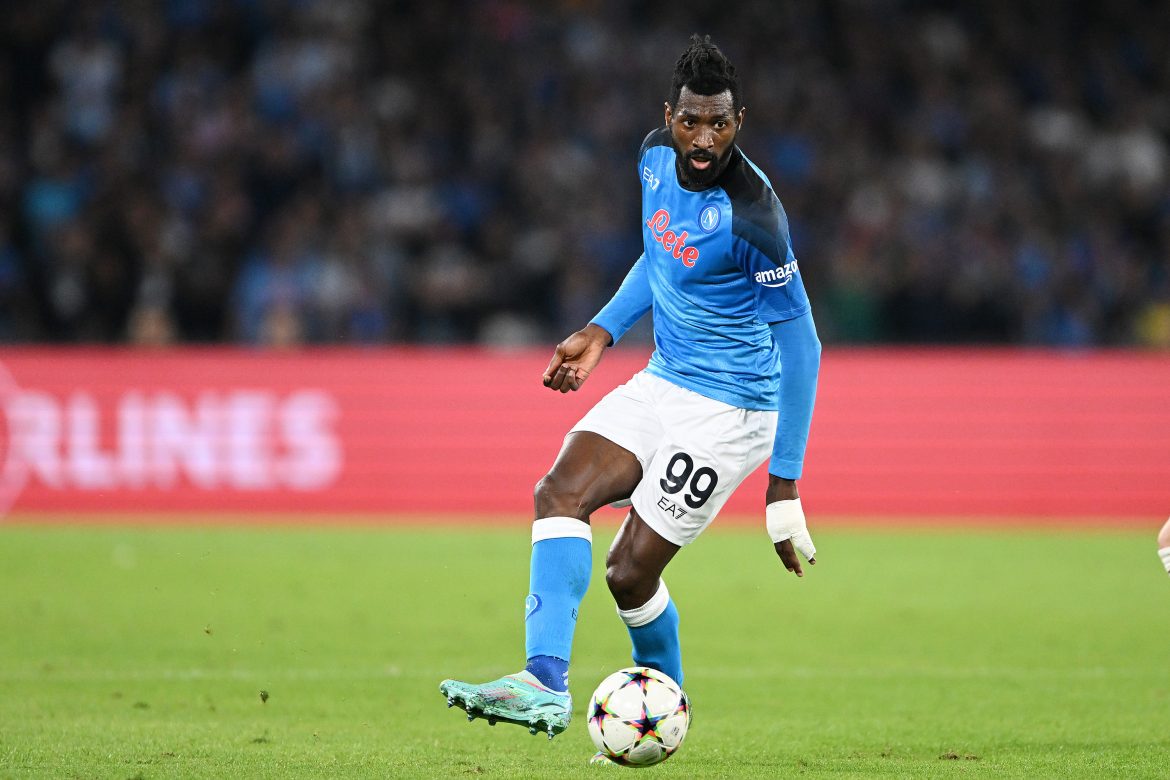 Following Andre-Frank Zambo Anguissa signing a new deal at Napoli, Jurre van Wanrooij looks at how important the move can be for the Partenopei…

Napoli fans should be delighted with André-Frank Zambo Anguissa penning a new deal at the club. After all, he has been at the core of the Partenopei’s recent Champions League succes and Scudetto charge.

On Friday afternoon, Napoli announced that Zambo Anguissa had extended his contract, tying one of Serie A’s best midfielders to the club until June 2025. Gli Azzurri also have the option to extend his stay with 2 more years – until 2027.

Zambo Anguissa joined Napoli last season from Fulham, on loan first. After a solid season in blue, Napoli decided to trigger the buy option that was included in the deal. Zambo Anguissa came to Naples permanently for €15 million, which is a fine deal in hindsight.

Since then, the midfielder has only impressed more and more, both in Serie A and Champions League. Zambo Anguissa has had some exceptional games in the first part of the season. The game against Liverpool at the Maradona comes to mind quickly, a game where he controlled the midfield and scored a goal. Or when Torino came to Naples and Anguissa took them down with two goals.

Napoli topped their Champions League group and are first in Serie A, still without a loss. Anguissa’s importance in this can’t be overstated. Together with Lobotka and Zielinski, he completes one of Europe’s strongest midfields.

The timing of Zambo Anguissa’s renewal is great. He will travel to Qatar to represent Cameroon the World Cup, where he and his country face Brazil, Serbia and Switzerland – a tough group. If interest in the midfielder from elsewhere grows over the winter, the Partenopei will have a stronger position in negotiations. Before heading to Qatar, Anguissa featured in Napoli’s last match before the break against Udinese and played a part in their 3-2 win.

The renewel is also, of course, a reward for Anguissa’s great performances. This could give him a boost after he returns from the World Cup. That might prove to be important for Napoli as they head into the second half of the season, because Spalletti’s men are still fighting on two fronts. They need everyone to perform at their best of their ability.

There’s still a long way to go, but nobody can deny that Napoli’s title chances haven’t been this big for a while. However, Neapolitans will tell you not to use the word Scudetto until they lift it. Anguissa has and will be pivotal for Napoli title charge this season.