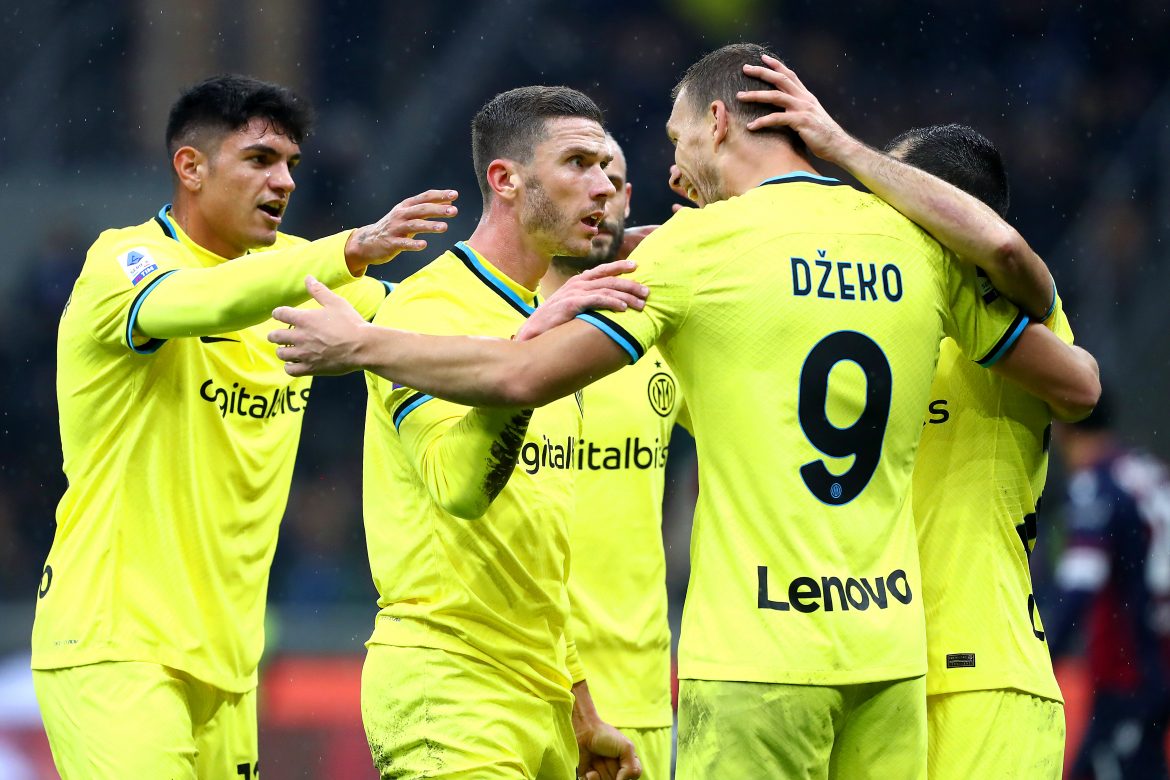 Inter take on Atalanta today afternoon in an attempt to add more consistency to their season under Simone Inzaghi.

While there has been talk of the Inter higher-ups wanting an immediate turn of fortunes at the club, the 6-1 win over Bologna played a role in alleviating any fears around the Italian’s potential early exit. As a result, a win for the Nerazzurri today against La Dea could take them upto fourth in the table – above Juventus for the time being.

Atalanta meanwhile, has slightly faded away after an exceptional start to the season. The recent losses to Lecce, Lazio and Napoli mean that they are sixth in the table, but a win for them too could them upto fourth and above both Inter and Juve in the table.

Gian Piero Gasperini will have to make do without Maarten de Roon on Sunday, with Inter currently having doubts about both Francesco Acerbi and Stefan de Vrij.

Here is how Sky Italia think Inter and Atalanta will line-up: