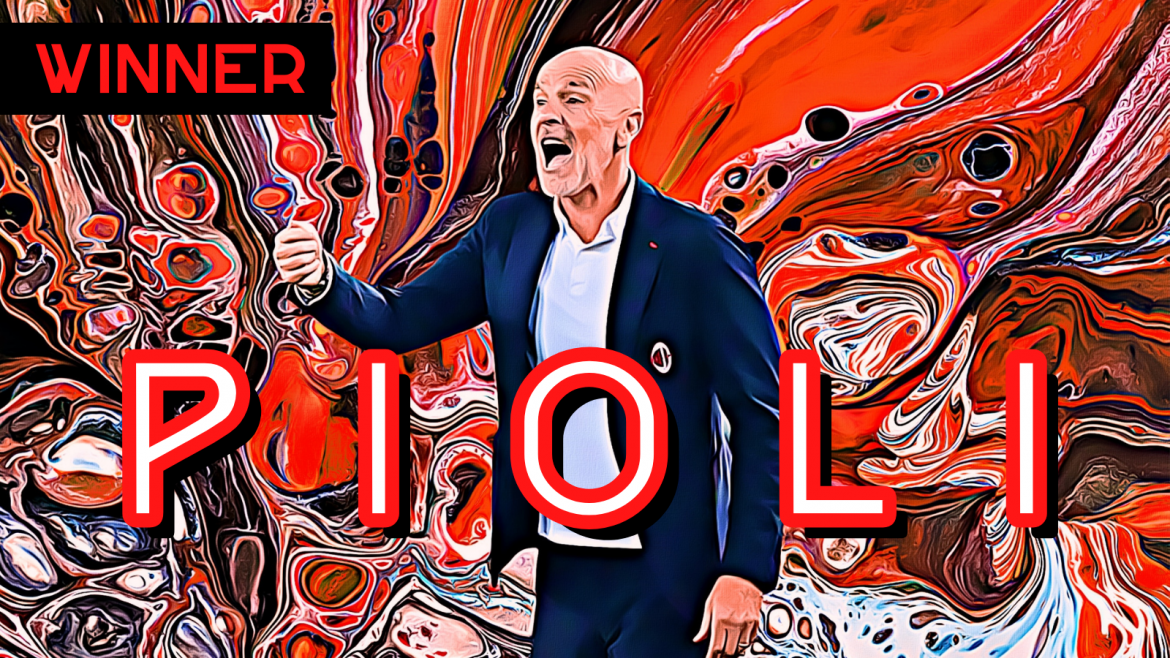 For a long time, Stefano Pioli has often been viewed as a stop-gap manager during his career in the dugout.

It is no coincidence that he has never lasted longer than three years at a single club. He stabilises a team, but is then moved on, as doubts start to creep in about whether he can take a side to the next level.

When he arrived at AC Milan in October 2019, he walked into a club in disarray. In the eight years that had passed since the Rossoneri’s scudetto triumph in 2011, the Italian giants had lurched from one disaster to the next, switching from coach to coach, and throwing money at expensive flops, with very little to show for it.

Pioli steadied the ship, but with Milan comfortably missing out on Champions League football once again in his opening season, the club’s hierarchy decided to look elsewhere.

Ralf Rangnick was lined up as his replacement, and a deal appeared to be virtually agreed. Pioli must have been getting that familiar sinking feeling.

Then, Milan did something that none of Pioli’s clubs had done before. They backed him. They saw that progress was being made, and wanted to see if he could develop the team even further. Plans to appoint Rangnick were scrapped, and Pioli was handed a new contract. Over to you, Stefano, let’s see what you can do.

In his first full season at the helm, Pioli repaid the board’s faith. He guided Milan to a second-placed finish and back into the Champions League for the first time since 2014.

This was a remarkable achievement, with Pioli transforming his side’s fortunes in just over 18 months in charge. Yet, ultimately, Milan ended the campaign trophyless, and their task to go one better the following year looked almost impossible after the way the summer played out.

Meanwhile, Juventus reappointed serial winner Massimiliano Allegri, and Inter Milan still looked a formidable side after romping to the Serie A title in May. Milan were going to have their work cut out.

They started the season in stunning form, though, picking up 32 points from their opening 12 matches. Still, setbacks soon followed. Back-to-back defeats against Fiorentina and Sassuolo halted Pioli’s men in their tracks.

Pioli had never been in this position before. Could his Milan side really keep pace with Inter and Napoli? Would they wilt under pressure?

Not this Milan team. Pioli has built a squad that refuses to give in, with young players coming to the fore in big moments.

Fikayo Tomori has become a fans’ favourite since joining from Chelsea, while Sandro Tonali has stepped up after an indifferent first season, and Rafael Leao has developed into an attacker who can change a game in an instant.

Pioli has allowed these players to flourish, while also relying on the experience of veteran striker Olivier Giroud, and keeping Franck Kessie on board with his team’s project, despite the Ivorian looking set to join Barcelona this summer.

It has not been easy for Milan, with Simon Kjaer and Zlatan Ibrahimovic missing large chunks of the season due to fitness issues. Many teams would have used their absences as excuses, but Milan and Pioli found solutions instead.

In came Pierre Kalulu to partner Tomori at the back, marking the start of a blossoming partnership.

And then came Milan’s breakthrough moment – their comeback victory against Inter in February. The league looked to be slipping away from them, and they fell behind in the first half. Inter dominated the opening hour, and Pioli had to do something. On came the much-maligned Brahim Diaz, and Milan sparked into life, with Giroud scoring a quickfire brace to turn the game on its head.

If fans didn’t believe before, they certainly did now. Milan would go unbeaten in their next 10 matches, and with Inter slipping up against Bologna at the end of April, the pendulum swung in Pioli’s side’s favour. Win their last four games and Milan would be champions.

The only problem was that Milan had a trickier run-in than Inter on paper. Could they hold their nerve, or would they fall at the final hurdle?

In their first game of the run-in, Milan struggled to break down Fiorentina, but they kept their cool, and Leao delivered the match-winning goal eight minutes from time. One step closer.

The following weekend, the team went behind against Verona. Would panic set in? Not a bit of it. Milan hit back to win 3-1 with something to spare. Atalanta arrived at San Siro looking to spoil the party, but Milan would not be denied, and they cruised to a 2-0 victory.

And so it came down to the final day. As it transpired, Milan only needed a point away at Sassuolo to clinch their first championship in 11 years.

For some teams, there would be the temptation to sit back and play for a draw, but Milan wanted to finish in style. Three goals inside the opening 36 minutes wrapped up a convincing win. Milan had won their last four games, scoring nine goals and conceding just once. Outstanding under pressure.

In a little over 30 months, Pioli has changed the culture of the club. Milan fans had been forced to watch an underperforming team full of overpaid players for years, but Pioli has given them a team to be proud of once more.

Some will claim that Milan do not have the strongest squad in the league, and there is certainly merit to that argument. Yet Pioli has made his team winners by finding the perfect blend between youth and experience, and instilling a never-say-die attitude, with his players fighting to the end.