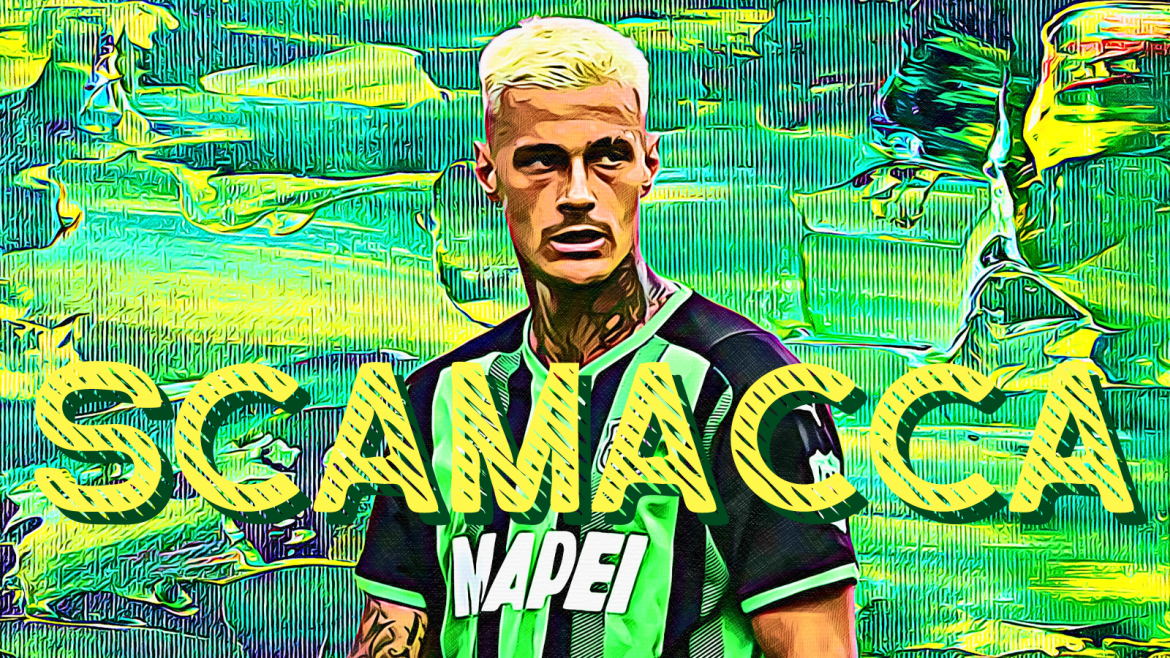 New West Ham United signing Gianluca Scamacca is compared to Zlatan Ibrahimovic not just for his footballing qualities. The Italian is definitely a complete striker who offers a lot on the ball and off the ball. But even at the age of 23, his personality has already shone through over the years – a bit like the man he has been compared to often.

While the father’s side of the striker’s family has been involved in infamous activities over the last couple of years, Scamacca has already distanced himself from that part of his family. Someone who is open about his scars of the past, Scamacca revealed on Instagram later that he grew up with his sister and mother and now has nothing to do with the father’s side anymore. It was the sort of move that makes Scamacca a breath of fresh air in a heavily sanitised game of 2022.

The heavily tattoo-clad striker once gave a rather moving interview with La Gazzetta dello Sport about the lives of footballers and how clubs now see players as assets instead of humans. He went on to state that while footballers get dehumanised by clubs, they are criticised for being mercenaries when they make their own decisions. It was a deeper look into the pysche of a player who is still young but has already seen the ups and downs of the game.

Having started his career in the Lazio youth side as an ardent Roma fan, Scamacca moved to the Giallorossi youth sides before heading to the Netherlands at PSV Eindhoven’s Under-17 side. The teenager had been attracting a fair amount of attention for his exploits as a youngster in Italy and after spending a couple of years in the Netherlands, the striker returned to Italy with Sassuolo. But that wasn’t the end of struggle for the Roman, as loan spells at Cremonese, Zwolle and Ascoli followed.

And despite the reputation, Scamacca never really scored enough goals – as even as recently as the 2020/21 season, he scored only eight times during his loan spell at Genoa.

But his complete abilities were always seen, as he showed not just an eye for goal but also a keen ability to link up play, take on defenders and dominate aerially. Despite a general lack of goals until last season, many in Italy had kept eyes on the Roman’s development.

Under Alessio Dionisi, he truly caught fire for the Neroverdi in the 2021/22 season as Francesco Caputo made his way to Sampdoria. For someone who was not a stranger to playing in a complex, possession-based system, Scamacca thrived under Dionisi and scored a variety of goals.

He famously scored a spectacular long-range strike in the Neroverdi’s 3-1 win over Milan in a goal that was reminiscent of Gabriel Batistuta’s goal at Old Trafford in 2000. It is barely a coincidence that Batigol is one of Scamacca’s footballing role models.

From headed goals, free-kicks, long-range hits to opportunistic tap-ins, Scamacca did it all for Sassuolo. His complete abilities also allowed the likes of Domenico Berardi, fellow young stars Giacomo Raspadori and Hamed Traore to thrive in the final third. Be it occupying opposition centre-backs and running into channels, he showed variety in his play. These patterns in his play were always seen in his loan spells, but getting goals at Sassuolo was a real cherry on the cake for him.

Perhaps, this goalscoring form came at the right time. With Italy’s striker issue being a massive concern and Ciro Immobile not replicating his club form at national level, Scamacca is now Gli Azzurri’s regular striker. With Serie A already filled to the brim with some complete strikers such as Tammy Abraham and Victor Osimhen, Scamacca playing for a non-European club in Sassuolo has definitely helped him get a move to London.

Even though Scamacca is much better suited to a club that operates in a possession-based system, he can certainly contribute a lot to David Moyes’ transition-based West Ham side with his wide range of abilities. There have been question marks about how the 23-year-old would adapt, this is someone who has seen played abroad – unlike a lot of other Italian stars. He has a very clean fitness record – much better than Michail Antonio’s and considering how he helped Berardi, Traore and Raspadori, Jarrod Bowen, Said Benhrama and Pablo Fornals will certainly benefit loads. The move would raise West Ham’s bar, but it remains to be seen if it helps Scamacca raise his profile.