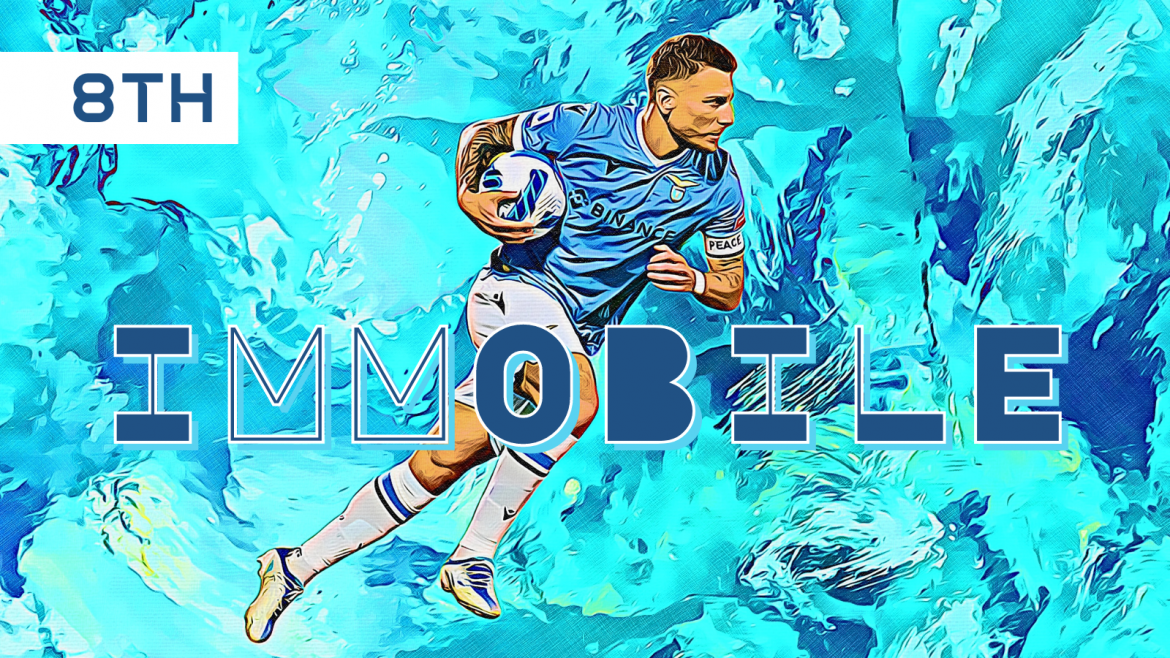 It is not easy being Ciro Immobile in 2022. Apart from belonging to a global industry which can often reduce what it takes to perform consistently at a high level to being rather normal, the Italian is one of those players whose contributions at the club level get largely disregarded. As the Lazio man continues to rack up impressive goal scoring tallies in every season for the Biancocelesti, criticism for poor performances for Italy continue to overshadow all of his exploits.

Despite having had a 27-goal campaign under a new manager in Maurizio Sarri, there seems to be little to no regard for the fact that only Gunnar Nordahl has won more capocannonieri crowns than Immobile, who will now be at four. And the fact that Immobile has done it for two clubs and under managers of different approaches speaks volumes about the Lazio man. And it isn’t as if every player who is successful at club level makes a mark at the international level, with Italy having many examples of that.

Ciro Immobile now has 25 goals in Serie A and it is the third time that the Italian has reached the 25-goal mark in a single campaign of his Serie A career.

It isn’t to say that Immobile has not delivered poor performances for Italy and many times, the criticism is definitely justified. He wasn’t great in the loss to North Macedonia and he didn’t do much in the last four games of Euro 2020 either. He has only 15 goals for Italy despite making 55 appearances for them since his debut in 2014. All of it makes criticisms valid but a missing cherry does not mean that the cake was never there.

For Immobile, sensible arguments often go out of the window too sometimes. International football is a different ball game, while club football is more sophisticated and thought out. Managers have less time to create an overarching playing style at the international level due to a consistent lack of training time with the same set of players. Therefore, international football is more risk-averse unless all the players have been playing the same complex style for their clubs as well. That is only the case for Germany, not anyone else.

In international football, managers have to carve out teams with focus on individuals. At the club level, managers create much more complex approaches that focus less on individual footballers but on the strengths of the 11. If not, they coach players into playing a certain brand of football or sign those that can play it.

Considering that, it is barely a surprise that Immobile gets fewer touches of the ball per 90 minutes while playing for Italy than he does at club level. But also at club level, Immobile has played under the pragmatists like Gian Piero Ventura and the aesthetes such as Maurizio Sarri and Zdenek Zeman.

There can’t be one explanation behind Immobile’s struggles either, as it may well be a much more complicated issue than something which can be understood at this point. Footballers can be rather complicated individuals and it is not possible to generalise them and pigeonhole them into specific categories. Sadly enough, Immobile suffers from being pigeonholed into a certain category which diminishes his fantastic achievements at club level.

While a case can be made of the fact that Lazio could do even better with someone like Gianluca Scamacca, it will be a case of disregarding what Immobile has done over the years. Especially considering how often Lazio have been without a proper Immobile back-up since the Simone Inzaghi days and he’s been having to play pretty much every game unless he’s injured.

Lautaro Martinez, who is second in the race, had an inconsistent spell of form which brought down his numbers. Dusan Vlahovic’s numbers have gone down since he joined Juventus and Victor Osimhen’s occasional fitness issues hamper his numbers too. Tammy Abraham is only in his first season in Serie A and this is Scamacca’s first season playing regularly for Sassuolo. That might suggest that Immobile has had a share of luck in his favour, but he is second in Serie A for non-penalty goals per 90 minutes – only behind Martinez.

More than that, he’s played less games than Scamacca, Martinez, Vlahovic and Giovanni Simeone but has more non-penalty goals than them too. All of that points to the fact that Immobile has delivered when Lazio wanted him to and that isn’t just this season. Even when Lazio were competing for the Scudetto under Inzaghi, Immobile was leading the race and leading the club from the front.

And perhaps, in a game of buts and what-ifs, people forget too easily about Immobile. If only he becomes the topscorer again next season to create history may make people realise what they questioned. Or maybe, international retirement would change how he is generally perceived.