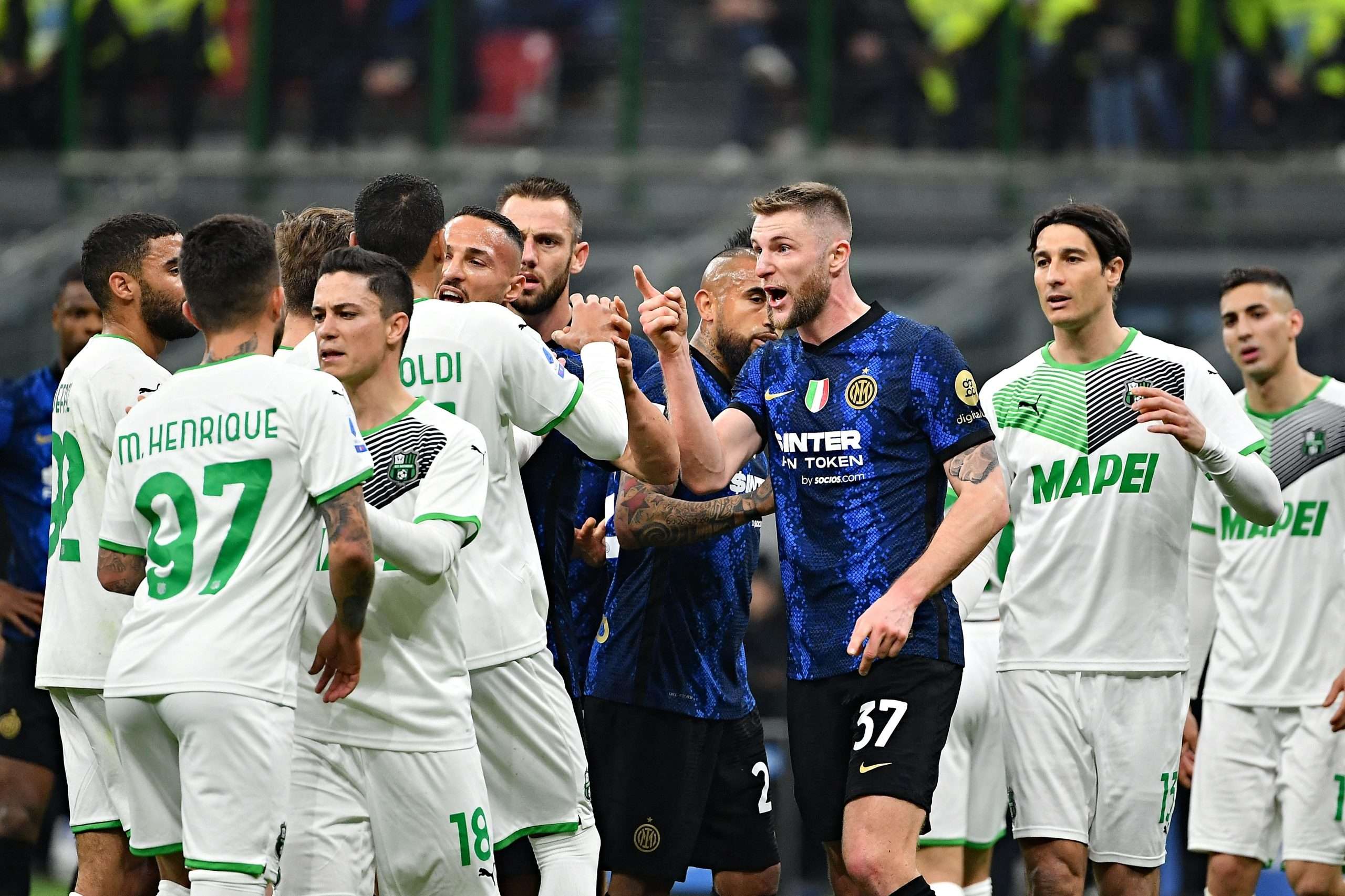 Milan Škriniar has enjoyed a fantastic season for Inter, subsequently grabbing the attention of several clubs from the Premier League.

According to La Gazzetta dello Sport, Manchester United, Chelsea and Tottenham Hotspur are all interested in making a move for Milan Škriniar in the upcoming summer transfer window.

Inter don’t determine the defender’s current contract until 2023 as reassuring. Therefore, Simone Inzaghi wants the club to offer his valued asset a contract extension until June 2027.

The report further claims that the offer could mirror the one of Nicolo Barella, who signed a five-year contract in November last year. Inter would reportedly do everything to fend off the external interest in the 27-year-old centre-back.

The Slovak has played 34 matches in Serie A this season. While operating down the right of Inzaghi’s the back three, Škriniar has emerged as a reliable defender, aerially astute, and a key figure in the Nerazzurri defence.

While both Chelsea and Manchester United are in the market for a reputed centre-back option, Antonio Conte’s previous links with Škriniar during the former’s managerial spell at Inter could benefit Spurs in a possible transfer race.