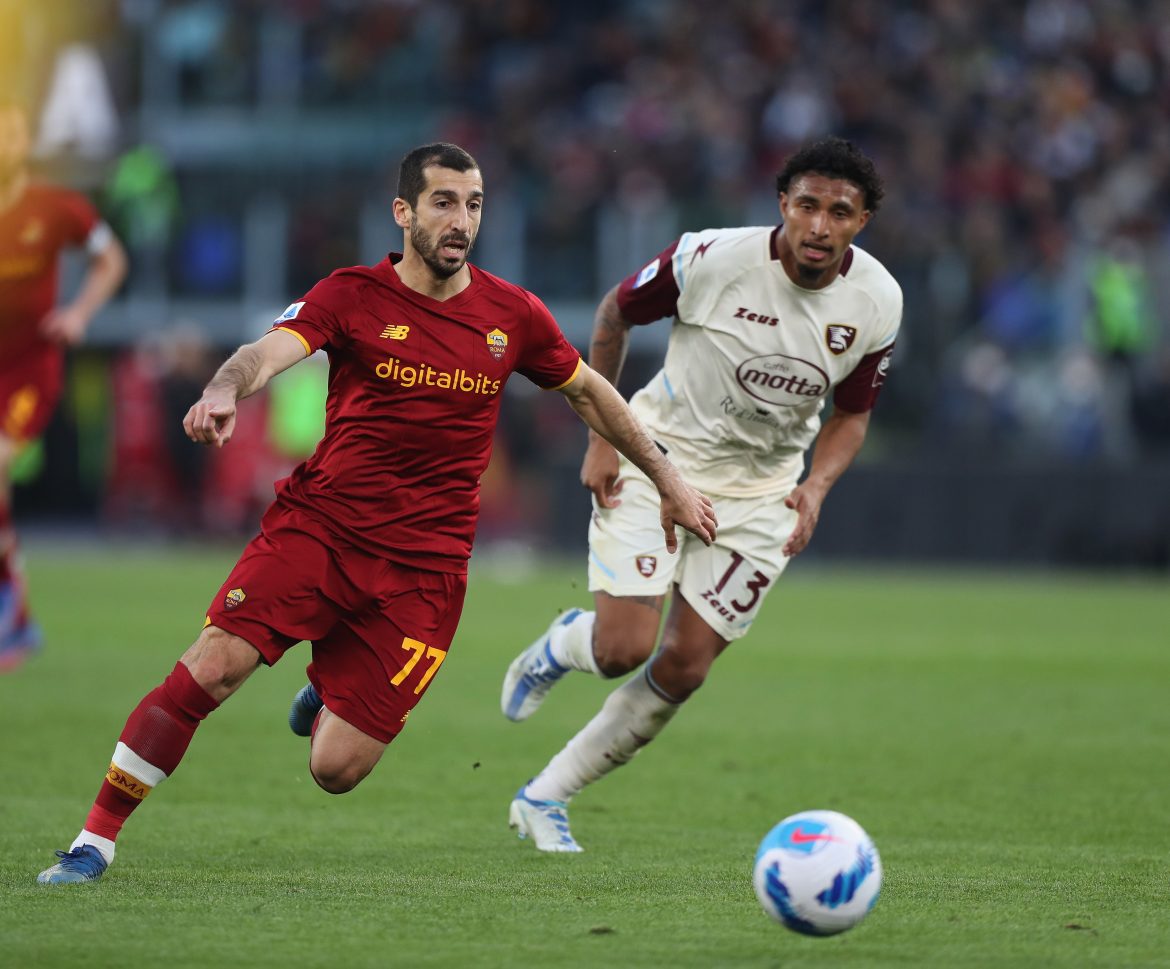 Roma’s Henrikh Mkhitaryan has attracted the attention of clubs in Italy and England recently.

Alfredo Pedulla has reported about the situation of Mkhitaryan, claiming that the Armenian is a vital cog in Jose Mourinho’s wheel at Roma and he is working to get fit for the upcoming UEFA Europa Conference League final in Tirana.

Talks over a new deal between the club and the player’s agent are expected soon, with the player happy to sign a deal with the Roman outfit. But there is interest in his services from abroad and in Italy and it is stated that surprises, in this case, can’t be ruled out.

Simone Inzaghi appreciates Mkhitaryan’s qualities and he is viewed as a perfect deputy to Hakan Calhanoglu. Napoli are also interested in the ex-Manchester United man. Tottenham and Aston Villa also like the player and while Roma will insist on a new deal for him, anything can happen at this point.