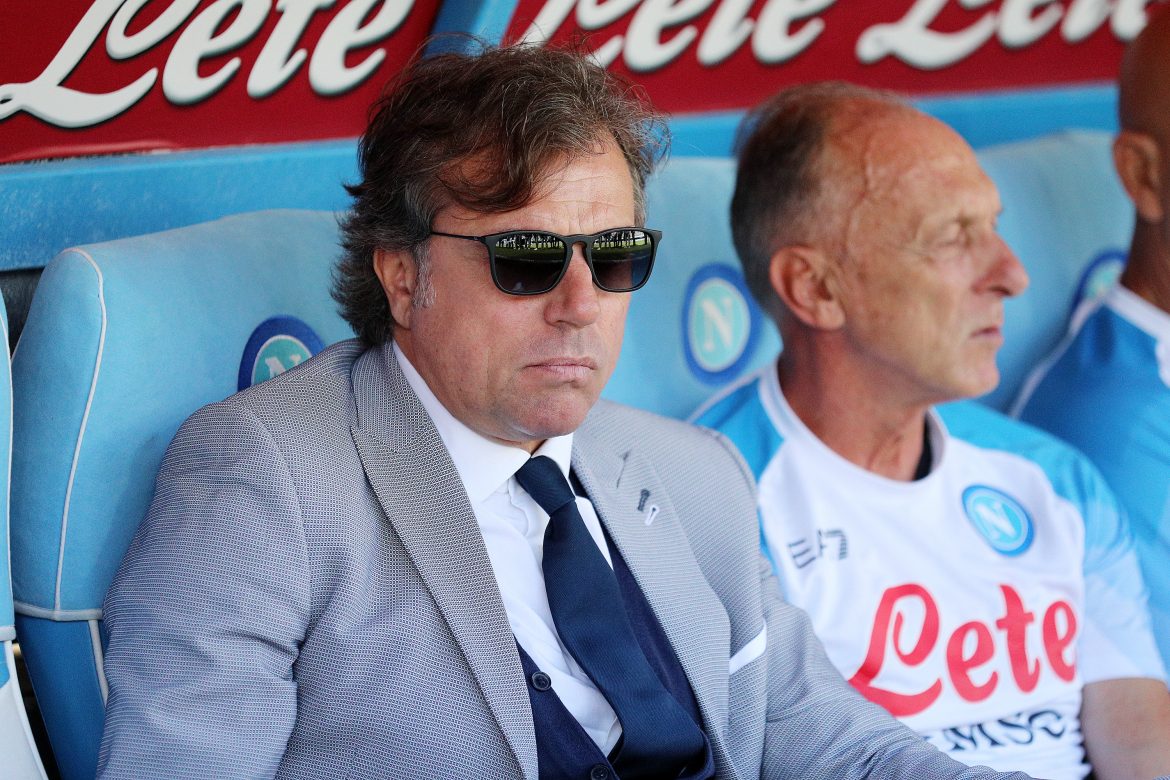 Juventus are considering adding a new member to their technical department, with Napoli sporting director Cristiano Giuntoli thought to be the leading candidate.

As reported by La Repubblica, Juventus want to hire a new figure who could act as an intermediary between the director of the club Federico Cherubini and the owners.

The report insists that the intermediary will work along with Cherubini. And it is also told that the new appointment could play a bigger role in the team’s recruitment process during the transfer windows while also functioning as the filler between the team and the club hierarchy.

Napoli sporting director Cristiano Giuntoli is understandably one of the leading names considered by the Juventus management.

Giuntoli has a contract with Napoli until 2024. But it is suggested that the relationship between Napoli president Aurelio De Laurentiis and his sporting director has gone quiet in recent times. Juventus are currently taking stock of the situation as they finally returned to the winning ways with a thumping 3-0 victory against Bologna on Sunday.