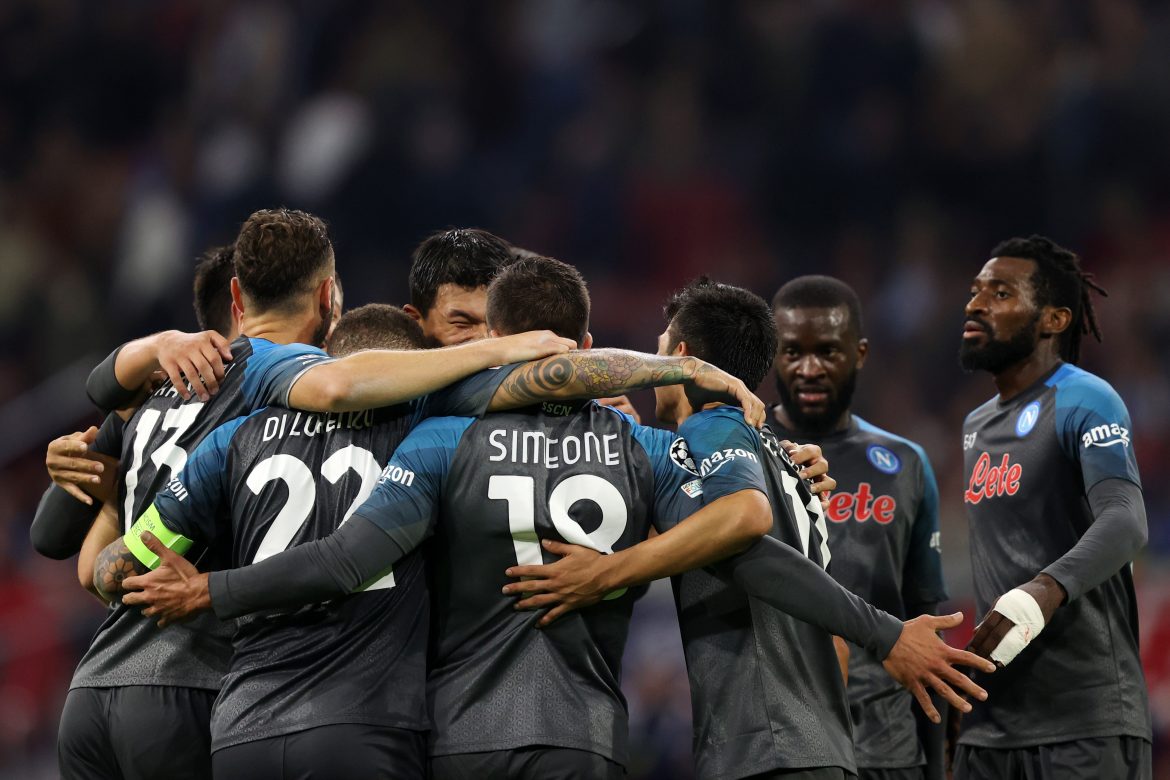 Serie A side Napoli have made history following their dominating 6-1 win over Ajax in the UEFA Champions League.

Coming into the game at the top of the Serie A, Napoli’s trip to Amsterdam was meant to be tough. But they made easy work of it, as Luciano Spalletti side came from behind to put six past Ajax away from home.

And this is the first time in Champions League history that a team visiting the Johan Cruyff Arena has scored over five goals against Ajax.

Napoli are the first club in Champions League history to score at least five goals away from home against Ajax (via @gippu1).

While Mohammed Kudus had scored for Ajax, Napoli responded through a brace from the impressive Giacomo Raspadori, a goal from the mercurial Khvicha Kvaratskhelia, a goal each from Giovanni di Lorenzo and Piotr Zielinski. Giovanni Simeone also got a late goal for himself, taking his Champions League tally to two.

They now top their CL group, having beaten Liverpool and Rangers already. They have now scored 13 goals in three Champions League games as well.