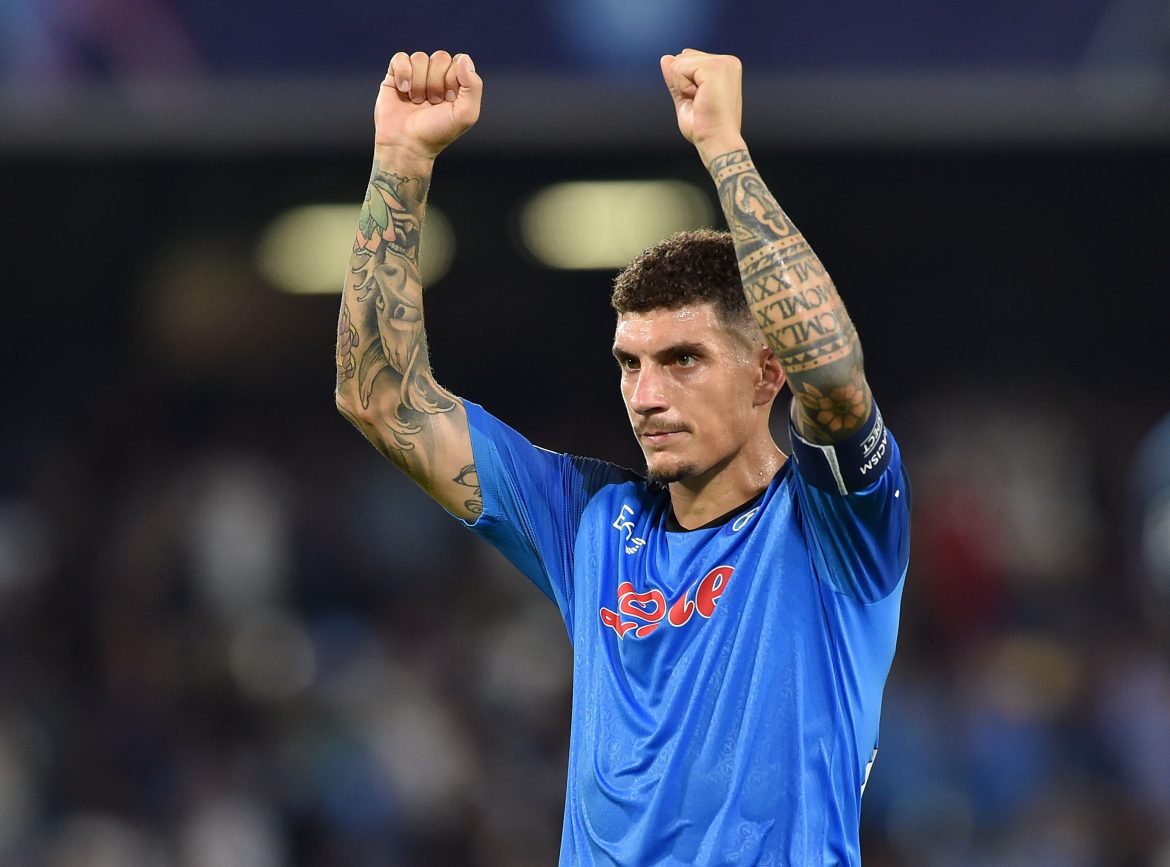 Napoli want to take advantage of the fascinating run of results since the start of the 2022/23 campaign. The contract extension for Giovanni Di Lorenzo and several other members of the first-team squad is now considered the next priority for the Italian club.

According to a report from Il Mattino, Napoli are planning to extend the contracts of several first-team players, including Stanislav Lobotka, André-Frank Zambo Anguissa, Giovanni Di Lorenzo, and Amir Rrahmani.

Alessio Zerbin and Alex Meret have already signed an extension until June 2027. The report also claims that Hirving Lozano and Matteo Politano could consider joining the party by extending their terms at Napoli.

Both Lozano and Politano were linked with a move away from the Serie A side in the summer transfer window. But the club’s rich vein of form in the league and the Champions League has perhaps made them consider their future at the Italian club.

Di Lorenzo was also concerned about his future last summer. But after being made the captain of the club, the full-back is now leaning toward signing a one-year extension for the current league toppers. A new one-year extension could bind the 29-year-old to a contract until June 2027 at Napoli.