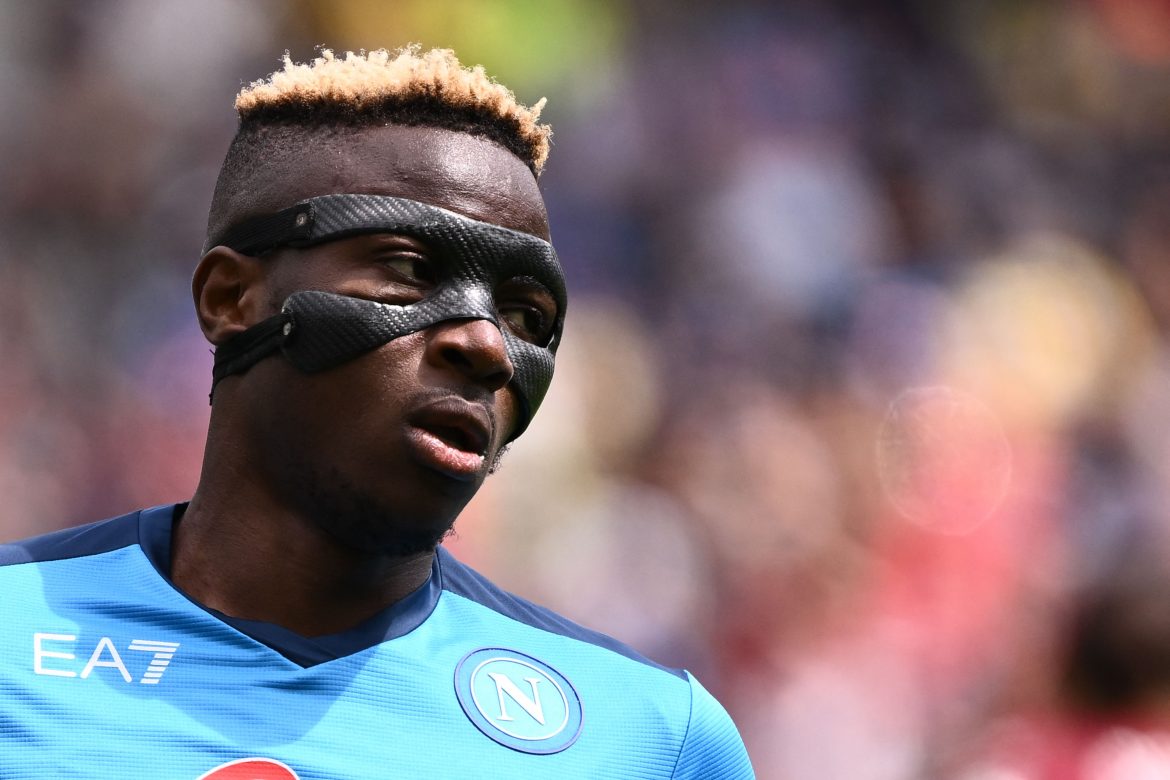 Napoli are close to getting Victor Osimhen back in action. The Nigerian striker, touted to be a transfer target for clubs like Arsenal and Manchester United, has not played a game since sustaining an injury against Liverpool on September 9.

According to what is reported by Naples-based outlet Il Mattino, Osimhen could make his comeback in Napoli’s Serie A fixture against Cremonese on Sunday. However, the report also understands that he might not start the game. Luciano Spalletti is understandably more eager to bring him on as a second-half substitute.

He could also make the bench against Ajax in the Champions League, with Spalletti reportedly planning to introduce him as a starter against Bologna on October 16.

Osimhen had a fractured cheekbone last season, where his absence cost Napoli heavily. But this time, Napoli, thanks to their astute offensive reinforcement during the summer transfer window, have amassed victories in all of the five matches without the 23-year-old.

In his absence, Napoli have also scored 15 goals in total, averaging three goals per game. Giovanni Simeone and Giacomo Raspadori have not disappointed the new club with their performances thus far, allowing the manager to bring Osimhen back to the action only when the player is in his best shape.