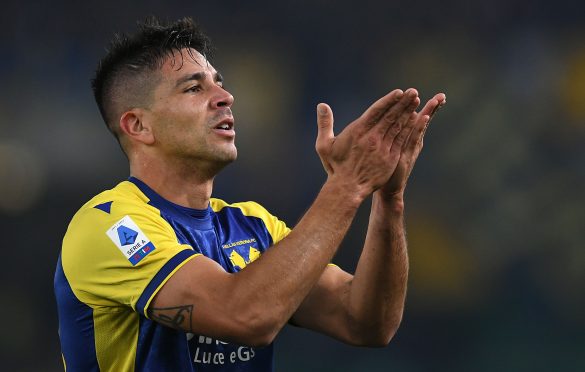 Napoli president Aurelio De Laurentiis has come forth to announce the signing of Giovanni Simeone from Hellas Verona.

An official statement from Napoli reads:

“SSC Napoli announces that it has acquired Giovanni Pablo Simeone Baldini’s sports performances from Hellas Verona with the loan formula with option for redemption.”

It is understood that the former Cagliari star has joined the Naples side on a season-long loan deal with an option to buy, which will turn into an obligation if Napoli qualify for the next season’s Champions League or the striker reaches a certain number of appearances and goals agreed between the two parties.

Last summer, Simeone joined Verona from Cagliari on loan plus a right of redemption, which the Gialloblu management decided to trigger earlier this summer. They signed the 27-year-old marksman by forking out a transfer fee of around €10 million.

De Laurentiis’ club have agreed to pay Verona a loan fee of around €3.5 million, while the valuation for his permanent deal stands at €12 million. There will also be some additional bonuses in case Napoli decide to redeem the player’s services this time next year.