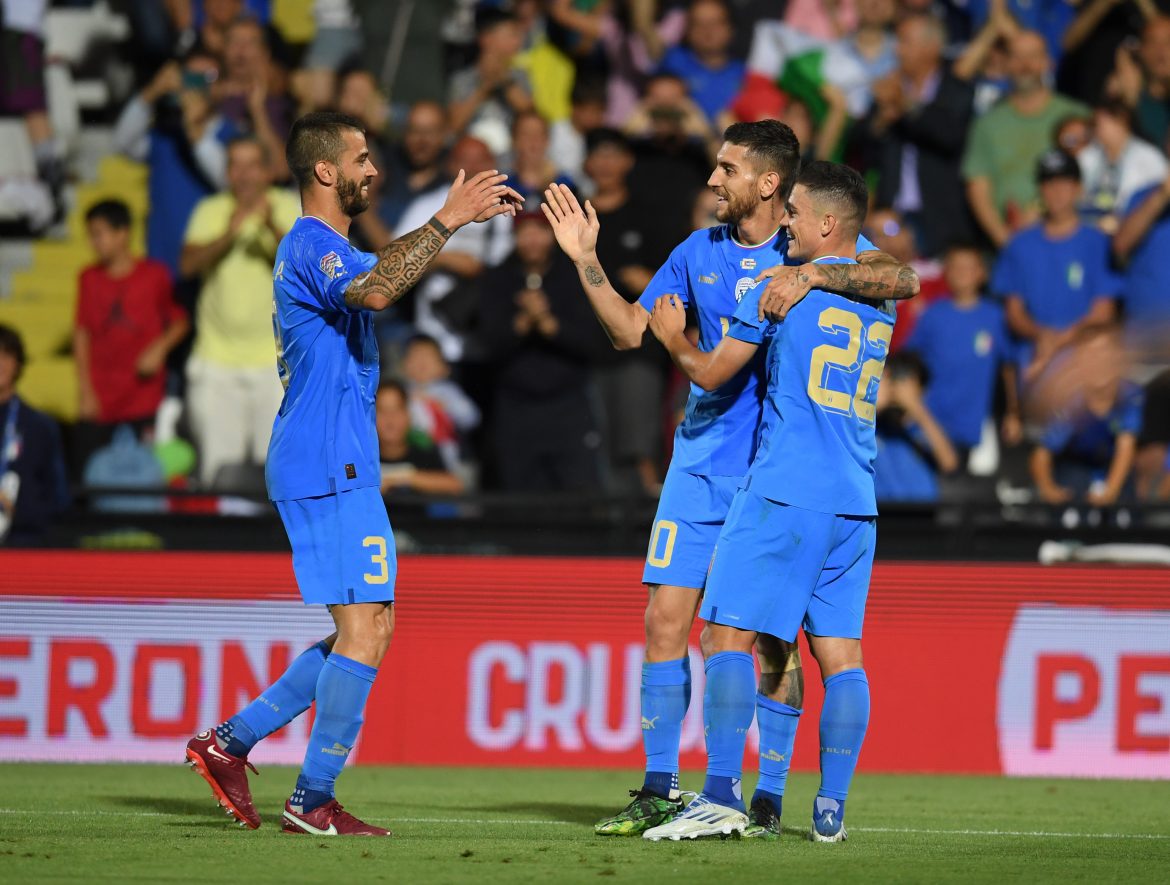 Gianluca Mancini’s own-goal goal did little to help Hungary as Italy wrapped up a significant 2-1 victory on Tuesday night.

A few weeks ago, it was criminal to expect Italy to top a group—including heavyweights such as Germany, England, and Hungary. But Tuesday’s result at Stadio Dino Manuzzi have put the Azzurri at the peak of their respective group in the ongoing edition of the UEFA Nations League.

Their draw against Germany, followed by the positive outcome against Hungary, means they have accumulated four points from two games. Nicolo Barella broke the deadlock for the home side with a belter in the 30th-minute of the game. Fifteen minutes later, Lorenzo Pellegrini extended the lead from Matteo Politano’s cross.

Gianluca Mancini, who had a great first half and was on the way to finishing the match on a high note, committed himself to a wild tackle, resulting in a deflected own-goal that proved to be a consolation for the visiting side. Here are the player ratings from Italy’s first win in the Nations League.

FT | Italy pick up a narrow victory to get their first win of the UEFA Nations League. Some more promising signs from a younger side in an important game.