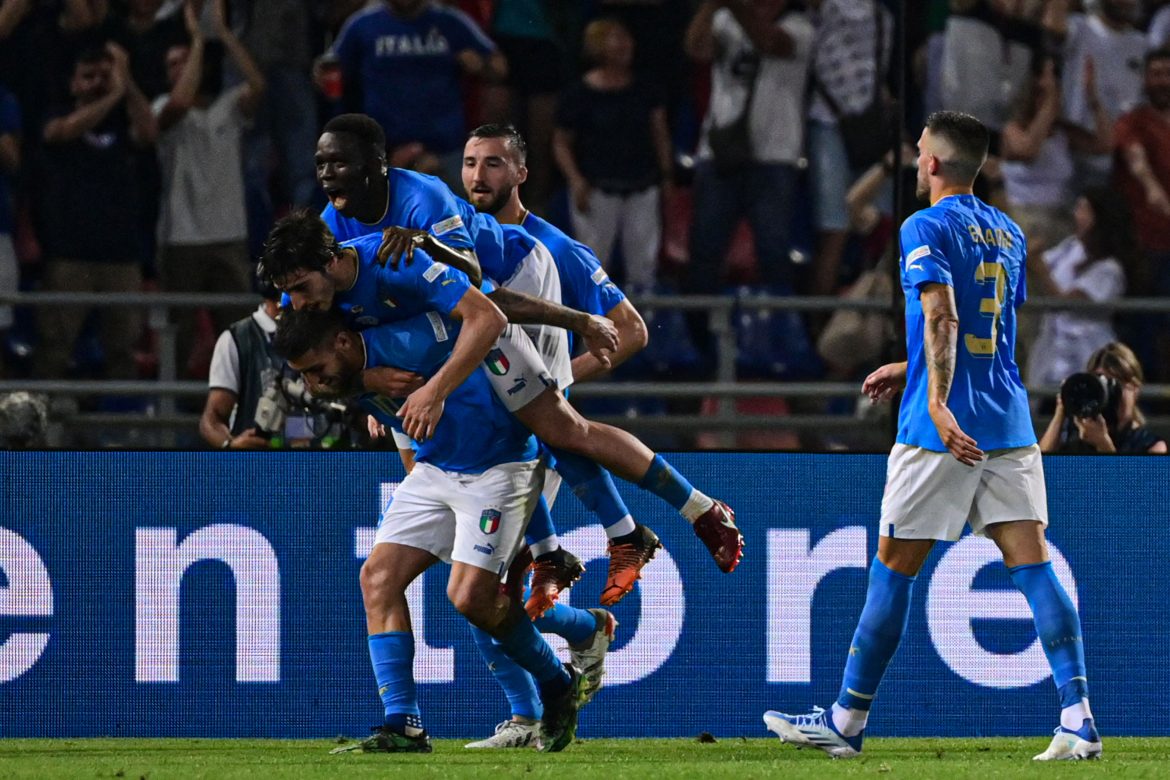 A much-improved performance from Roberto Mancini’s men saw Italy holding onto a 1-1 scoreline against Germany on Saturday evening.

Having faced an annihilation against Argentina in the midweek, Italy took the field against their German counterparts in a mood of retribution. Led by ten changes in the line-up, the Italian teamsheet witnessed a couple of new names. It was considered the beginning of a reinvigorated era for the Azzurri.

Gianluca Scamacca hit the post with a snapshot in the first half, although a string of German blitzkrieg made the Italian custodian Gianluigi Donnarumma’s life uncomfortable on several occasions. But thanks to the German attackers missing the scoreable opportunities, the half-time ended in a 0-0 scoreline.

In the second half, the game came to life as Lorenzo Pellegrini opened the scoring from a brilliant cross provided into the box by Wilfried Gnonto, who had just replaced a lukewarm Matteo Politano. Following a scrappy bit of play, Joshua Kimmich found the equaliser. Donnarumma made a few decent saves to salvage a commendable return to a positive result on the back of the horrors of the Finalissima 2022.

Here are the player ratings from Italy’s first match in the latest edition of the UEFA Nations League.