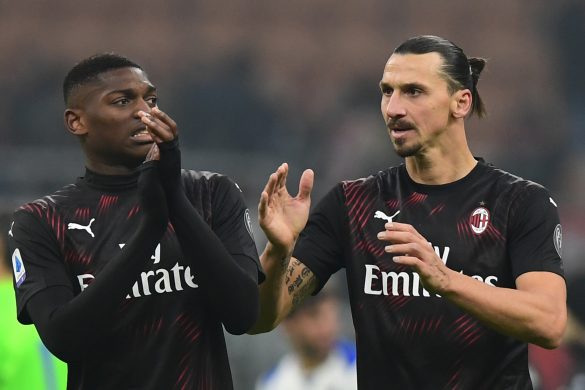 Despite not playing much for Milan since returning to Italy, Zlatan Ibrahimović has had an invisible aura that always drives the team. Rafael Leão has become the latest player to admit that.

While speaking with Outpump (an online magazine of music and fashion) during this international break, Milan winger Rafael Leão expressed his gratitude to Zlatan Ibrahimović, saying that it was for the advice of the Swede that the Portuguese forward has managed to thrive under Stefano Pioli. He said:

“When you join a team like this you know you have to be a winner. You feel it, you live it. After a process of transition, I became another person and another player thanks to my family, Pioli and Ibra. I keep him [Ibrahimovic] close to me every day. He is an example. He taught me the importance of asking and staying focused—not as professionals or colleagues, but as men. Now the next goal is to become a protagonist and starter in Portugal. If there is a chance to win, well, then it will be very nice.”

Leão (23) has started the season in a decent manner, having already notched up three goals and six assists from eight appearances across all competitions.