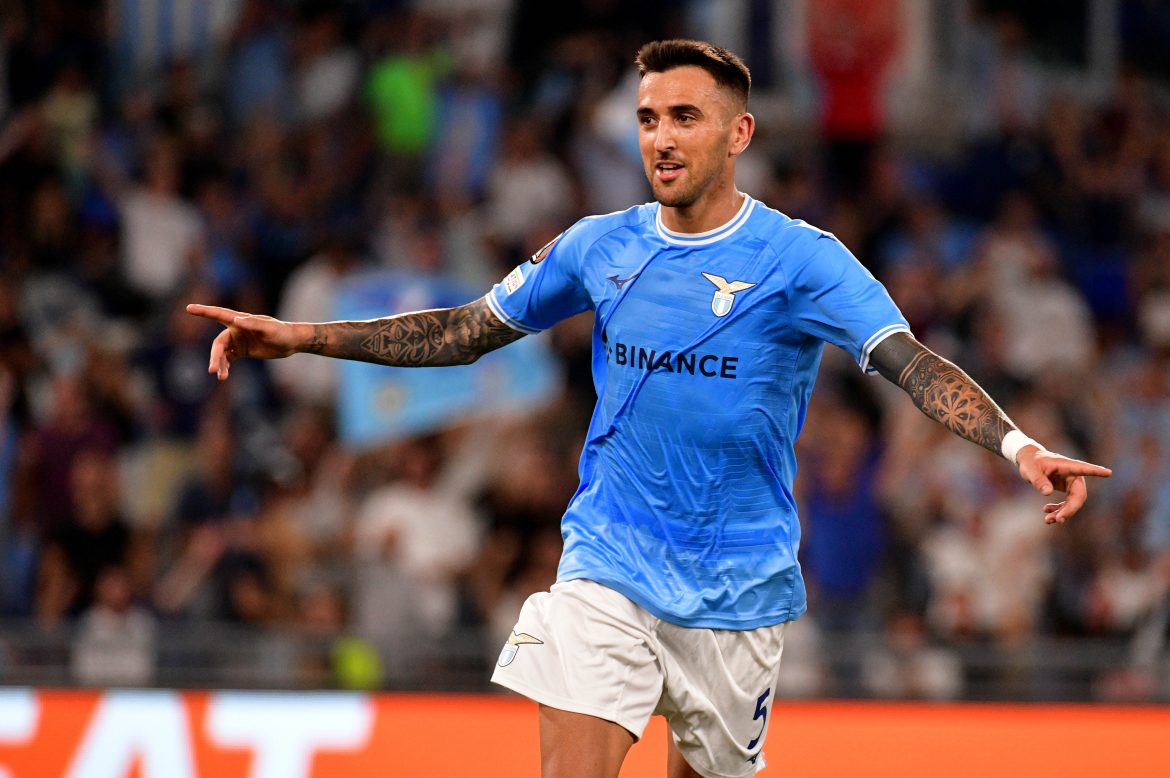 Following Lazio’s impressive start to their Europa League campaign, Jerry Mancini looks at the key pointers from the win in Rome…

Lazio opened their Europa League group stage campaign with a positive start as they won 4-2 versus Feyenoord at the Stadio Olimpico. Mattias Vecino scored a brace while Luis Alberto and Felipe Anderson also provided goals for the Biancocelesti. Santiago Gimenez had a brace as well for Feyenoord.

It was a dominant performance from Lazio as they looked sharp for the first 60 minutes and then sat back in the final half hour. The Biancocelesti were fortunate to have a marginal lead as they conceded two goals and became complacent. Nonetheless, Lazio are top of Group E after the first round of matches.

“Games are always difficult in Europe and foreign clubs don’t just give up when 4-0 down, so we shouldn’t have played with fire in the final 20 minutes the way we did,” Lazio manager, Maurizio Sarri, stated to Sky Sport Italia.

“The first 60 minutes was very, very good, a top-level performance, I am disappointed we were messing around in the final 20 minutes, because in Europe that is an enormous risk.”

Sarri surprised many with his starting lineup selection as Alberto made his third consecutive start and he didn’t disappoint his manager. Throughout the course of the match, the Spaniard was effective in their attack as he constantly created chances, delivered accurate passes and provided creativity in the final third.

In the early stages of the season, Alberto has provided several quality performances for his side such as game winner off the bench versus Inter and versus Feyenoord. However, when the club has failed to earn points, Alberto has been often criticized for his inability to play defensively.

It’s a weakness in Alberto’s game, however, a loss should not be pinned on one player and should be looked at more collectively. For several seasons, the midfielder has been key to Lazio’s offense and showcased that versus Feyenoord as he was effective in the final third.

“I’m a bit tired of hearing what people want to say. It’s been for a while now that when we win, we win together, when we lose it is Luis Alberto’s fault for some reason. I am tired of this, I play for the team, not against it,” Alberto stated to Sky Sport Italia.

“If the coach picks me, it’s because he thinks it is best for the team, nobody is holding a knife to him and forcing him to do it.

“I don’t have the characteristics of other players when it comes to being defensive, the coach asks me to pass the ball around and that is what I tried to do today.”

Alberto finished the match with one goal, one assist, the most touches with 98, two big chances created, three key passes, two successful dribbles and two ground duels won. Alberto had a clinical performance and once again showed how vital he is to Lazio’s midfield.