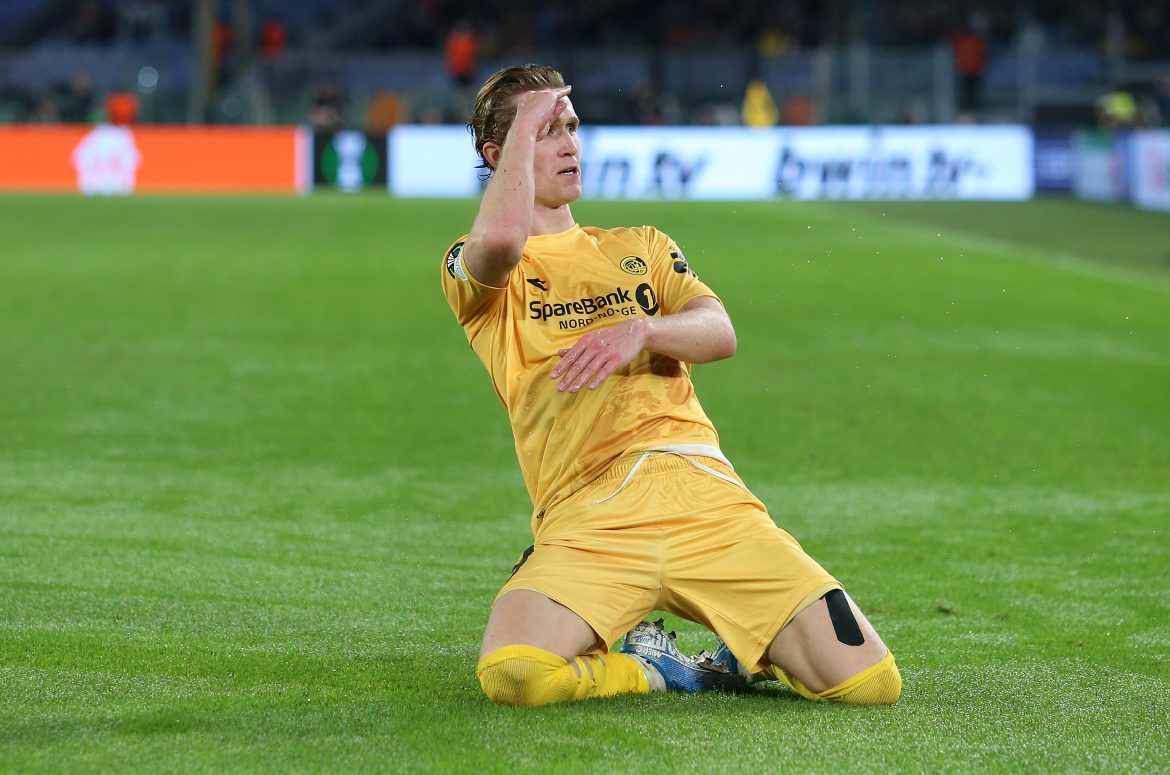 Serie A side Roma are now set to seal the deal for Bodo Glimt star Ola Solbakken in the January transfer window.

La Gazzetta dello Sport have reported about the situation of the Norwegian recently, stating that the player will arrive in Rome tomorrow. Bodo Glimt did try to push the player to Napoli in the summer due to frosty relations between the two sides following their clash in the UEFA Conference League last season, but the deal has gathered pace for Roma in the last few weeks.

Roma have offered big figures to the player to seal the deal and Solbakken is set to sign a four-year deal with the Giallorossi now. His contract with the Norwegian outfit ends in December, meaning that he will be free to join Roma for free in what could be a great deal for the Giallorossi.

Jose Mourinho really likes the player and is said to be a fan of the Norwegian’s versatility, which will allow Mourinho to use him in different positions in various formations.