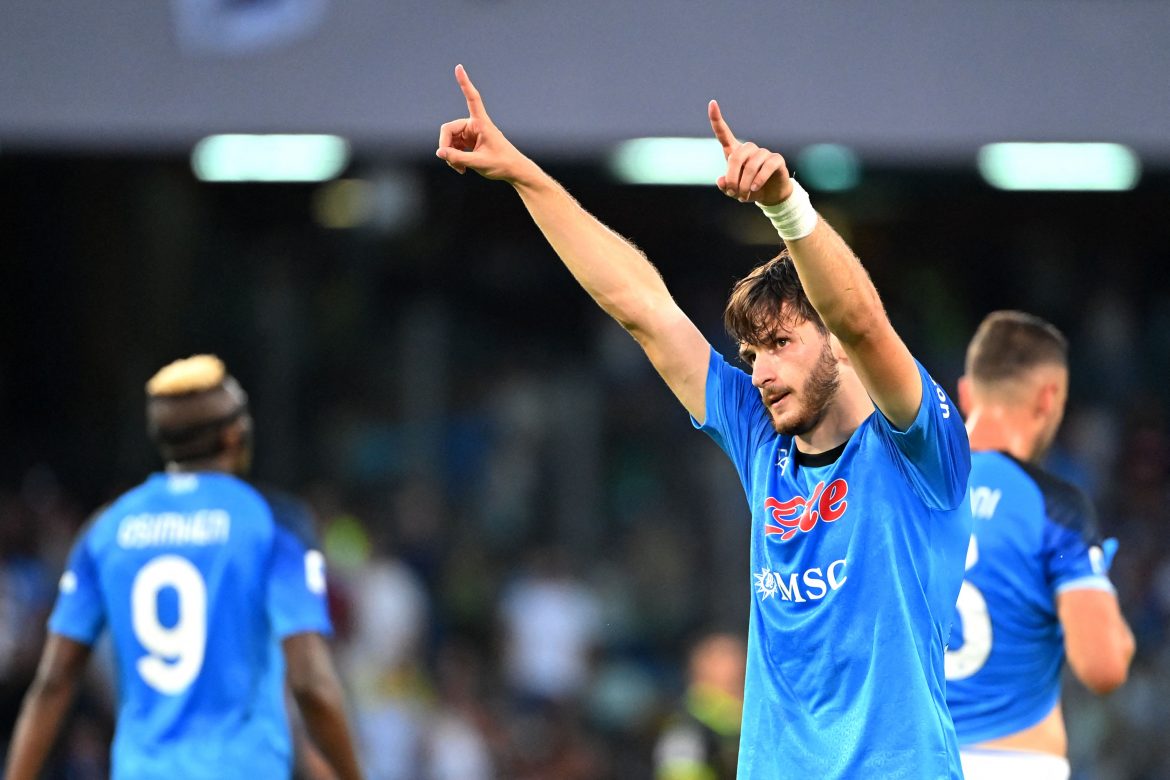 Khvicha Kvaratskhelia, Victor Osimhen, and Min-Jae Kim starred as Napoli cruised to another victory, with Monza handed their second defeat of the new season in Serie A.

After spoiling Hellas Verona’s party in the opening week, Napoli hosted Monza in their second round of Serie A 2022/23 fixtures. Monza came into the game on the back of a 2-1 defeat to Torino. As initially expected, Napoli made a fantastic start to their game, with their intense pressing from the front causing loads of problems for the visitors.

However, the Monza defence had stayed firm until the flying strike from Khvicha Kvaratskhelia made countless fans at the Diego Armando Maradona Stadium leave the edge of their seats and start celebrating in utter awe. A Lorenzo Insigne-esque strike with the right instep curled the ball past Monza’s Michele Di Gregorio. The deadlock got broken.

A sharp finish from Victor Osimhen put more misery on the shoulders of Giovanni Stroppa’s men as they headed down the tunnel with a 2-0 deficit.

In the second half, Monza tried to thread small passes to build up a productive attack, but Kvaratskhelia, on the other hand, took his chances against a hapless Monza defence and became successful, with the 21-year-old Georgian picking up a well-deserved brace on the night.

A few minutes later, Andrea Petagna Petagna’s goal was chalked off by VAR as he illegitimately pushed a Napoli defender inside the box. In the injury minutes, Min-jae Kim got the first goal for his new club. Napoli closed out the game to register their first clean sheet of the season. Here are the player ratings from Napoli’s 4-0 win over Monza.

With this win, Napoli have returned to the top of the table with an advantage of a seven-goal difference. They next travel to Tuscany to face Fiorentina, while Monza, currently struggling in the top tier of Italian football, welcome Udinese next week.