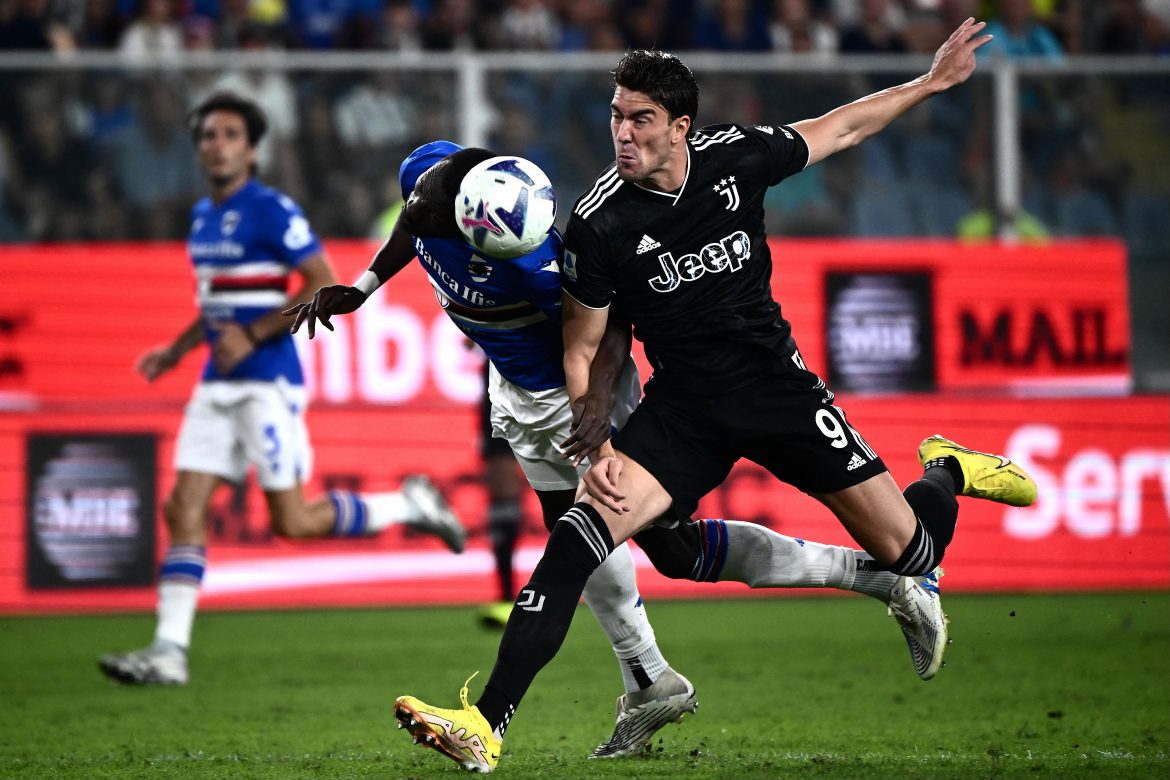 An unenthusiastic display from Juventus against Sampdoria in their second match of the 2022/23 Serie A on Monday evening ended in a 0-0 stalemate.

Missing a number of big names through injuries, Juve were destined to struggle for creativity. However, it came out much worse in reality, leaving more questions than answers on the platter for Massimiliano Allegri.

In front of a crowd ready to give their all for the hosts, Samp met the demands, coming close to drawing the first blood in the opening minutes, only to be denied by the bar. With Omar Colley keeping a close eye on Dušan Vlahović, the Serbian forward only managed to get nine touches on the ball in the entirety of the game.

Dusan Vlahovic could only get nine touches in 90 minutes against Sampdoria. Fair questions being asked of Max Allegri's approach (via @WhoScored). pic.twitter.com/FFXffHn1pP

Juan Cuadrado came close to opening the score in the first half, but fortune was not in the favour of the Bianconeri, with the Colombian denied by a vigilant Emil Audero.

Adrien Rabiot’s goal could’ve been a turning point for the visitors, but it was ruled out by VAR as Vlahović was deemed offside during the build-up to the goal. Despite making loads of changes, Juventus missed that spark in the attacking half. Here are the player ratings from Juventus’ goalless draw against Samp.

Milan seek an agreement with Spurs for Japhet Tanganga