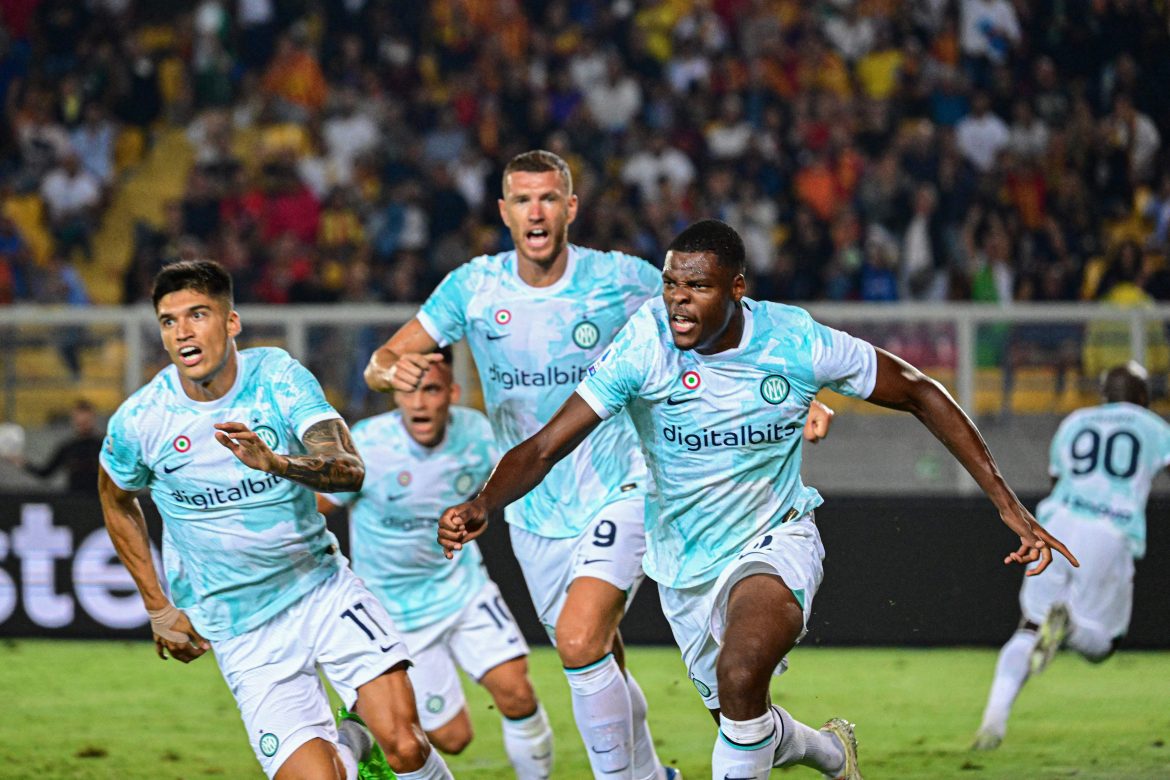 The second round of Serie A 2022/23 is upon us, with another fresh week of non-stop footballing action keeping some promising games in store for its spectators. Here are some of the best clashes that you should be keeping an eye on this weekend.

Torino vs Lazio: The battle of two principles

Both teams picked up a showy win in the opening matchday of this season’s Serie A. While Torino escaped Monza’s challenge with a 2-1 victory, an exhibition of yellow cards and red cards ended with Lazio picking up a 2-1 win against Bologna. Lazio have done miracles this summer, strengthening the team to a certain extent. They have brought new names to boost the areas previously considered vulnerable. The crowd would have expected a much better display from them in the opening round, but Luís Maximiano, receiving a red card for handling the ball outside the box, did not help the cause either.

Torino looked sharp against the newcomers. Despite losing some jewels of his team in the market, Ivan Jurić has stuck to his philosophies. Last season, Torino had managed to build a reputation for being demon-killers. It would be interesting to see whether they could sustain that status this time.

Inter vs Spezia: Inter to win without hiccups?

Against Lecce, Inter got the taste of a new life, with a last-minute goal from Denzel Dumfries grabbing the three points from their opening gameweek. Coming on as a second-half substitute, Dumfries changed the shape of the match. However, Matteo Darmian was the provider of the goal for Romelu Lukaku. So, it would be a headache for coach Simone Inzaghi to decide whom to play on that right flank in the game against Spezia. In terms of injuries, Henrikh Mkhitaryan is still out.

Spezia notched up a narrow 1-0 win against Empoli, kicking off the campaign in a positive mode. There were signs of improvements, but with players like Kelvin Amian, Salvador Ferrer, and Janis Antiste missing through injuries, do they have enough to punish Inter on Saturday? Time will tell.

Napoli vs Monza: Are the newcomers ready to upset the giants?

Napoli’s dream start to their 2022/23 Serie A season saw them beat Hellas Verona on a 5-2 scoreline. The Partenopei looked like a team on a mission, trying to make up for their lost chance to lift the Scudetto last season. The new signings like Min-jae Kim and Khvicha Kvaratskhelia were influential. The pre-existing Napoli superstars like Victor Osimhen, Piotr Zielinski, André-Frank Zambo Anguissa, and Stanislav Lobotka dropped a big-game performance.

Monza could pose a different challenge for the Naples side. Getting beaten in their first game against Torino, Giovanni Stroppa’s men will be looking to turn the tide. But it might not be so easy for the newly-promoted Serie A club as Napoli will be playing in front of their home supporters. Last season, the lack of consistency was a concern for Luciano Spalletti’s men. They should be looking to win every game—especially those against the minnows—if their seasonal aspiration includes the Serie A title.

Empoli vs Fiorentina: A Serie A affair of possession-driven teams

Fiorentina will be going into the weekend’s encounter with soaring confidence. They registered consecutive wins against Cremonese and FC Twente, respectively. The 2-1 triumph against Twente during the midweek’s fixture in the Europa Conference League play-off could be a source of energy among La Viola supporters. If anything, Vincenzo Italiano’s side was a dominant force in that game. The Dutch side was somewhat fortunate to salvage a narrow beating.

Empoli will have to do things right to beat a well-oiled team like Fiorentina on Sunday. In the game against Spezia, they had more possession of the ball and more shots than their counterparts, but they could not manage to finish off their chances. It will certainly be an alluring battle between the two teams driven by the idea of keeping possession. Fiorentina will be missing Gaetano Castrovilli and Igor Júlio to injuries, and Giacomo Bonaventura remains a doubt for the Empoli game. The host has one absentee in Lorenzo Tonelli.

Atalanta vs Milan: The clash of the titans

Serie A always presents its spectators with at least one spectacle every weekend. This time, it is the encounter between Atalanta and Milan. The Rossoneri bypassed the early scares to launch their first victory of the new season against Udinese last weekend. Atalanta will be determined to spoil their party on the back of their win against Sampdoria.

Reports of Gian Piero Gasperini falling out with several players at Atalanta might have plagued the air for the Bergamo side. But, if their feet stay firm, they would be a suitable challenger for the Rossoneri on Sunday evening. Zlatan Ibrahimovic remains out with his respective injury. At the same time, Sandro Tonali remains a doubt for the match against La Dea. The home side will be without José Luis Palomino, Marco Carnesecchi, and Éderson. There are some concerns over the fitness of Teun Koopmeiners as well.

Despite winning the Serie A fixture against Salernitana 1-0, Roma were far from their best. The cutting edge at the top of the field was missing, with Tammy Abraham, Nicolo Zaniolo, and Paulo Dybala unbaling to penetrate the opposition’s defence. Now, they lock horns with Cremonese, who had a 3-2 defeat against Fiorentina in the last gameweek.

Jose Mourinho will be satisfied that none of their first-team players is currently injured, with their only absentee being 21-year-old Ebrima Darboe. In Cremonese’s camp, Gonzalo Escalante will serve his suspension after receiving the marching order against La Viola. Emanuele Valeri will be sidelined with an injury, and doubts remain over the fitness of Michele Castagnetti.

Sampdoria vs Juventus: Have injuries taken a toll on Allegri’s men?

It was an emphatic 3-0 win to begin the Serie A campaign for Juventus. But the match also handed some setbacks in the form of injuries. After inspiring everyone with his charming debut in Serie A, Angle Di Maria has now joined the long list of injuries that includes Paul Pogba, Kaio Jorge, Federico Chiesa, Wojciech Szczęsny, and Arthur Melo. There are also concerns over the fitness of Leonardo Bonucci, who should start Monday’s game on the bench for the Bianconeri. Federico Gatti could replace Bonucci against Sampdoria.

Samp are without Andrea Conti, Manuel De Luca, and Simone Trimboli. The Blucerchiati lost their first game against Atalanta. But this time, they will be plying the trade in front of their home supporters. Do they have enough firepower to fight an injury-laden Juventus? Many would say no. Considering that Serie A is still awaiting its first upset, we won’t be surprised to see Massimiliano Allegri struggle against Samp. However, Juventus are going into the game as clear favourites.