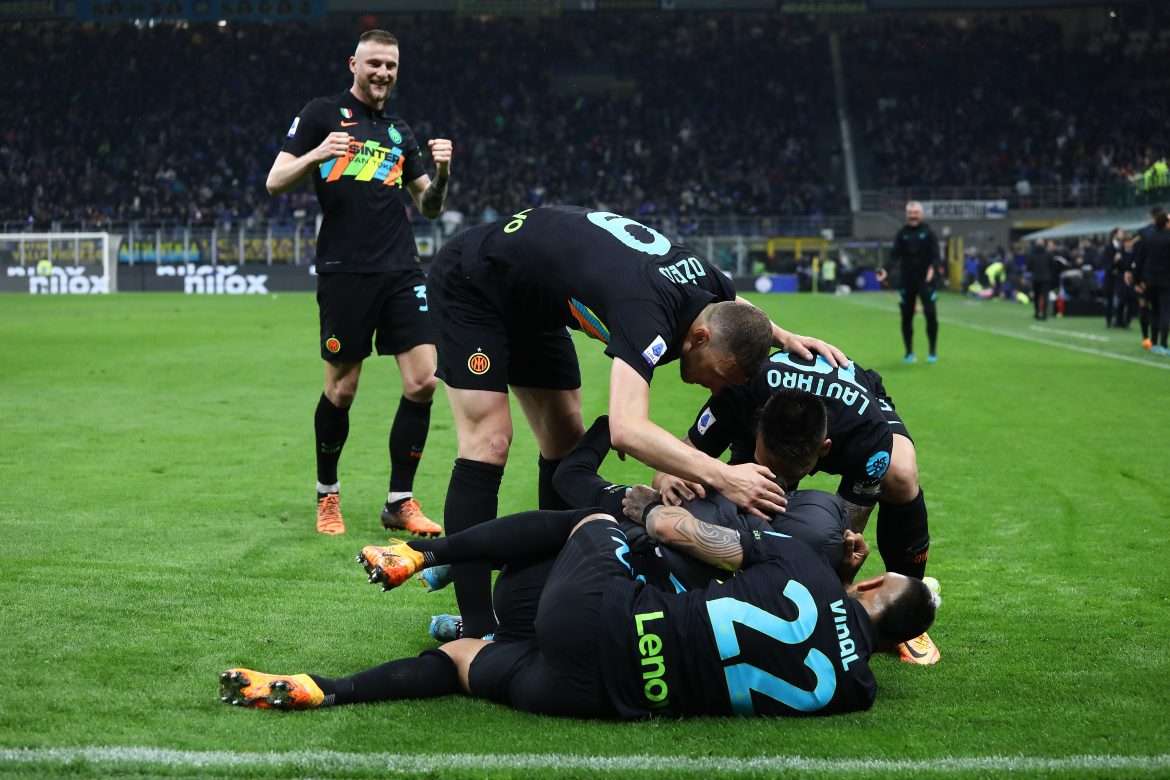 Goals from Andrea Pinamonti and Kristjan Asllani went in vain as a six-goal thriller saw Simone Inzaghi’s side romp to a significant victory against an impactful Empoli on Friday.

It was a drastic start to the game for the side chasing the Scudetto dreams. In the fifth minute, Pinamonti, currently on loan at Empoli from Inter, scored the opener, drawing the first blood from Szymon Żurkowski’s cross down the right.

When Inter was starting to get into their mojo, Riccardo Fiamozzi’s lofted through ball brought out a clean and crisp first touch from Kristjan Asllani. His first touch was so pleasing and delicate that it completely fooled Stefan de Vrij, who was left stunned as Asllani burst the ball past Samir Handanovič to extend the scoreline for the visitors.

Then, Inter’s push came. The title contenders saw a penalty kick chalked off by the VAR. But they got fortunate as Simone Romagnoli, while trying to clear the line, put the ball into his own net. Just before halftime, Lautaro Martinez equalised with a fantastic strike, with Çalhanoğlu being the provider for the goal. An entertaining half of football ended in 2-2 on the scoresheet.

Inter started off the proceedings in the second half on a bright note. Following a few good defensive blocks by the Empoli defenders, Fiamozzi’s misplaced clearance found the right foot of Martinez, who buried it to complete his brace on the night. The Argentine could have completed the hat-trick, but Inzaghi’s decision to take him off suppressed that prospect.

However, Inter managed to hold onto the lead, extended by a last-minute goal by Alexis Sanchez, as the current title holders climbed back to the summit of the points table for the time being.

The player ratings from Inter’s 4-2 victory over Empoli