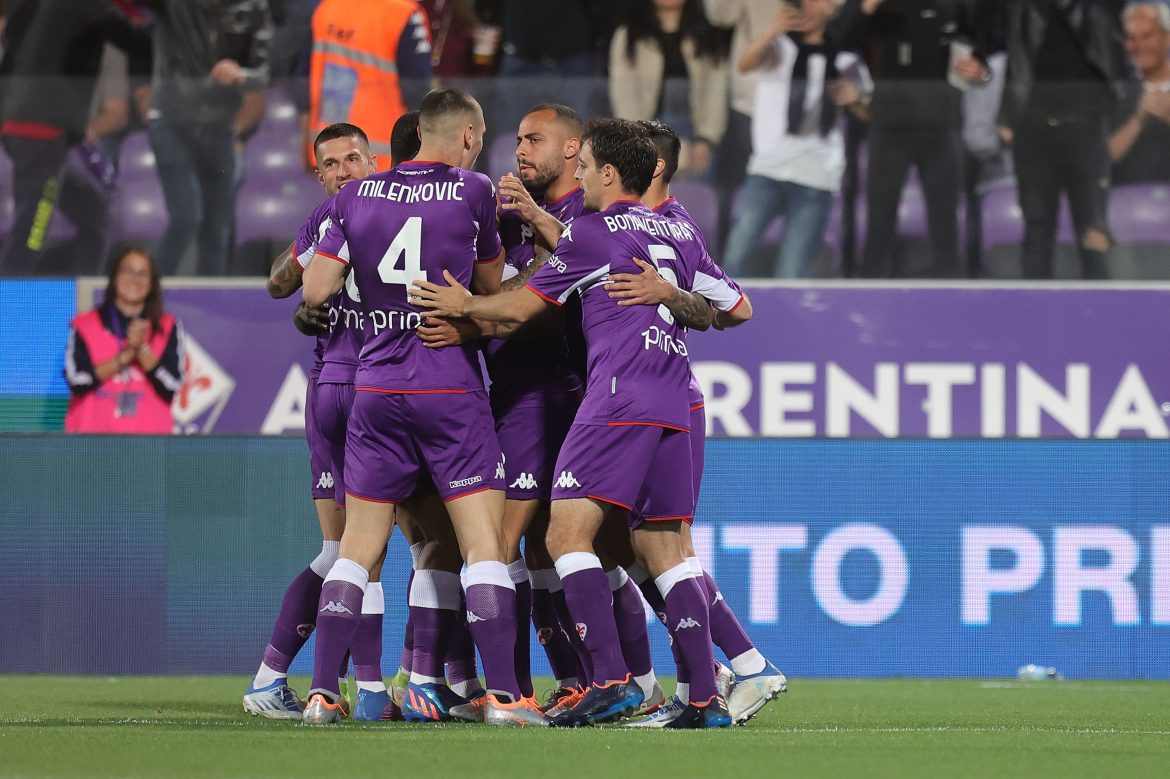 Fiorentina sailed past Roma with utter ease as goals from Nicolás González and Giacomo Bonaventura heaped misery on Jose Mourinho.

Monday’s clash between Roma and Fiorentina was initially expected to be a mouth-watering affair. But La Viola’s robustness on the field made Roma look like a team sans ambitions. With Rick Karsdorp conceding an early penalty for the visitors, González drew the first blood with a thunderous strike in the fifth minute of the match.

Roma defenders had not even caught their breath properly when Bonaventura’s left-footed strike breezed past Rui Patrício. Having played the Europa Conference League semi-final tie in the midweek, Roma looked out of pace all over the pitch as Mourinho’s men ended a timid half of football in an unconventional fashion.

Playing three out-and-out midfielders had completely backfired, and, upon noticing that, Mourinho introduced Nicolò Zaniolo as a replacement for Sérgio Oliveira, who was one of the few reassuring players for the visitors on Monday evening. With Roma overcommitting in several instances, Fiorentina were easily able to find spaces in the midfield.

Despite making substitutions, the Romans didn’t impact the flow of the game much, with the end of the second forty-five minutes ensuring three points for the hosts. Thanks to the victory, Vincenzo Italiano’s men closed in on Roma, with both teams now registering 59 games from 36 matches.

Here are the player ratings from Roma’s spineless defeat to Fiorentina: