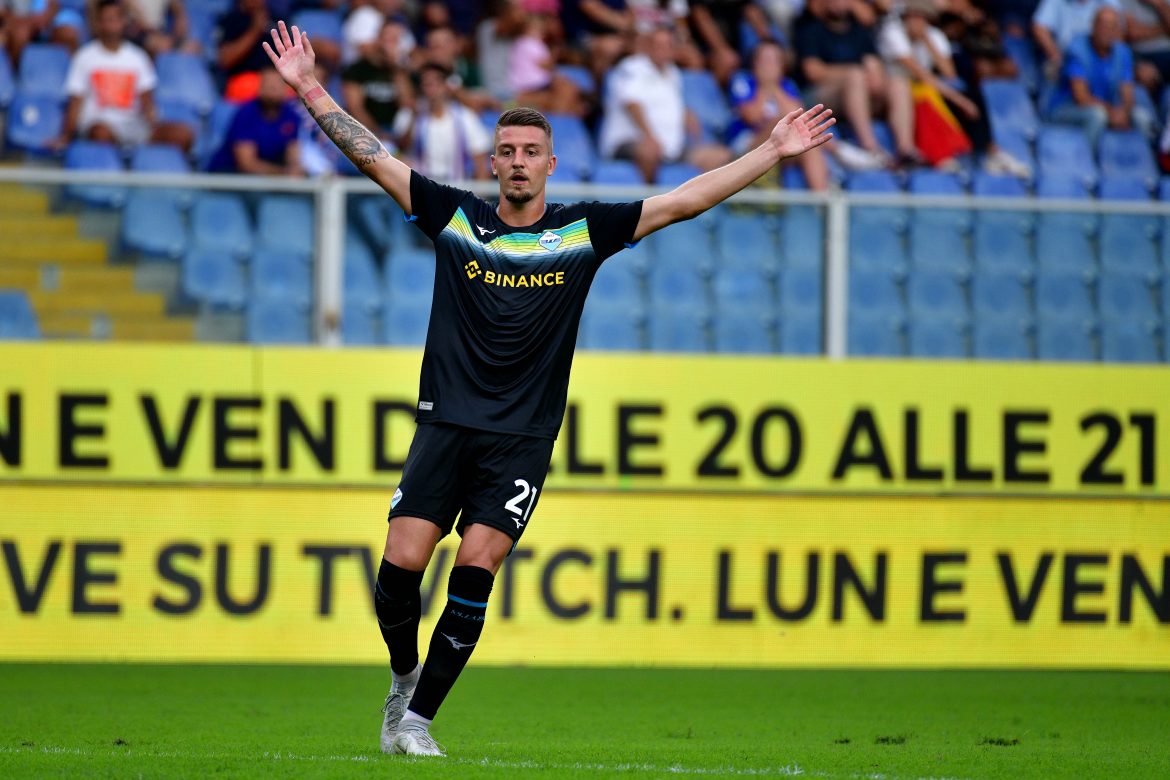 A late equalizer from Manolo Gabbiadini salvaged a point for Sampdoria as they drew Lazio 1-1 at the Luigi Ferraris. This nullified the Biancocelesti’s first half goal from Ciro Immobile, who received a back-heel pass from Sergej Milinkovic-Savic. This is a disappointing result for Lazio as they were minutes away from leaving with three points yet will now need to settle for one.

So, what did we learn from Lazio’s 1-1 draw versus Sampdoria?

After three straight impressive performances as a substitute, Luis Alberto finally made his anticipated first start this Serie A campaign for Lazio. The Spaniard has been impactful off the bench as he’s been on the backend of two goals which has earned the Biancocelesti three vital points. In their season opener, he started the play for their game winner versus Bologna and against Inter, he scored the decisive goal.

Alberto wasn’t on the backend of a goal versus Sampdoria, however, he followed up with another strong performance. He played 71 minutes, showed brilliance with his passing in the final third and showed good awareness in defense. The midfielder advanced the ball up field with ease where he managed to open up space and put his teammates into quality scoring chances.

It has been a positive start to the season for Alberto where he’s shown to be a difference-maker as a starter or substitute.

Lazio too complacent in the final 15 minutes

In the first 80 minutes of the match, Lazio were the more dominant side as they were in control and gave little momentum to Sampdoria. The Biancocelesti had several chances to extend their lead to 2-0 and guarantee their third victory this season. However, that never came to fruition as they weren’t clinical in the final third.

Immobile struck the post, Felipe Anderson was stopped on two occasions and Mattia Zaccagni had his shot saved by Sampdoria goalkeeper, Emil Audero. Their inability to capitalize on their chances came back to haunt them in the end. In addition, Lazio controlled possession, made quick one touch passes and got into good positions inside the box to score.

In the last ten minutes, Lazio became too complacent and got away from their game. They sat back to much in their own end, showed less energy, weren’t chasing down players and conceded too much space. A lack of concentration and focus led them to concede a goal in the final minutes of the match.

“We played a good match, with a good mentality because it was very dangerous for the approach as it was sandwiched between two games with two big name teams,” Lazio manager Maurizio Sarri told DAZN.

“Our great responsibility is that we haven’t closed it and when you don’t close it, what happened can happen…

“Today was a game of great mentality, we lacked a pinch of nastiness to close it.”

It’s important for them to learn from their mistakes, move forward and grow as a team. These moments could set a team back and Lazio needs to avoid any relapses.

It has been an incredible start to the Serie A season for Milinkovic-Savic, as he currently leads the league in assists with three. The Serbian has shown a great vision in the midfield where he’s managed to put his teammates in quality scoring positions.

In back-to-back games, he delivered two key assists to Anderson and Immobile which has contributed to Lazio earning a win and a draw.

After a strong outing versus Inter, Milinkovic-Savic followed with another impressive performance versus Sampdoria. He was aggressive throughout the match where he won vital challenges, made timely passes and provided a strong presence in the backend. He finished the match with two key passes, three fouls won and made three clearances.

Milinkovic-Savic has continued where he left off last season and is currently in strong form heading into their next match versus Napoli. He has been Lazio’s most reliable player in the midfield.