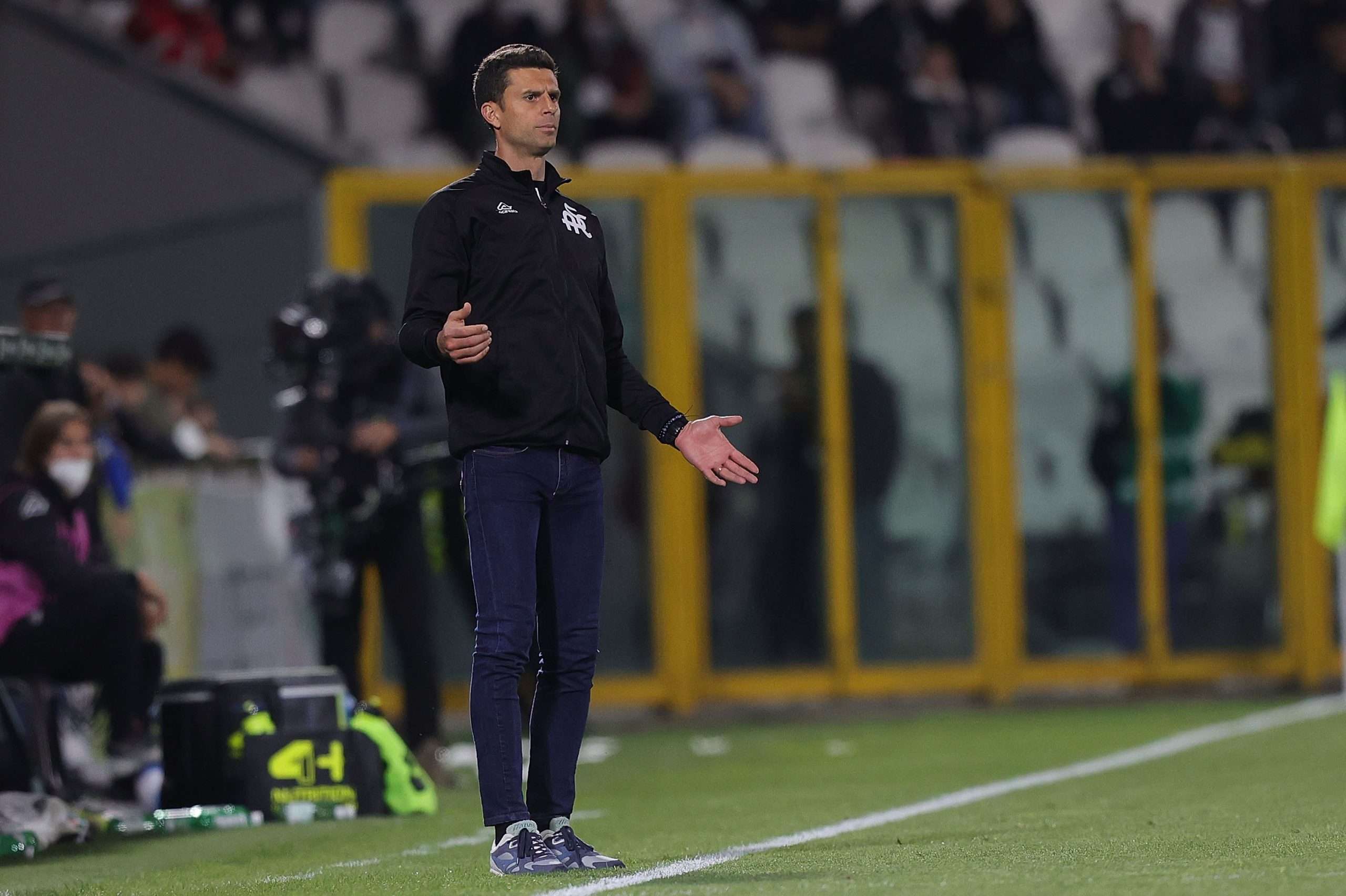 Current Spezia manager Thiago Motta is said to be an ‘outsider’ to land the manager role at Paris Saint-Germain.

Alfredo Pedulla has reported about the situation of Motta, who seems to be on his way from Spezia in the summer. The journalist claims that while the ex- Inter midfielder has had contact with multiple clubs for a potential move, he is now in the race to become the next PSG manager and he is an outsider to get the role.

It is stated that the former midfielder will be let go of his current job at Spezia by the club’s CFO Riccardo Pecini. This comes after Gianluca di Marzio had reported yesterday that Andrea Pirlo is in line to replace Motta, with the report claiming that there was internal backlash at the club before the recent upturn in results saw Motta win the Serie A Manager of the Month award earlier this year.

It has been stated that Motta is looking for a challenge elsewhere, once he leaves Spezia at the end of the campaign.