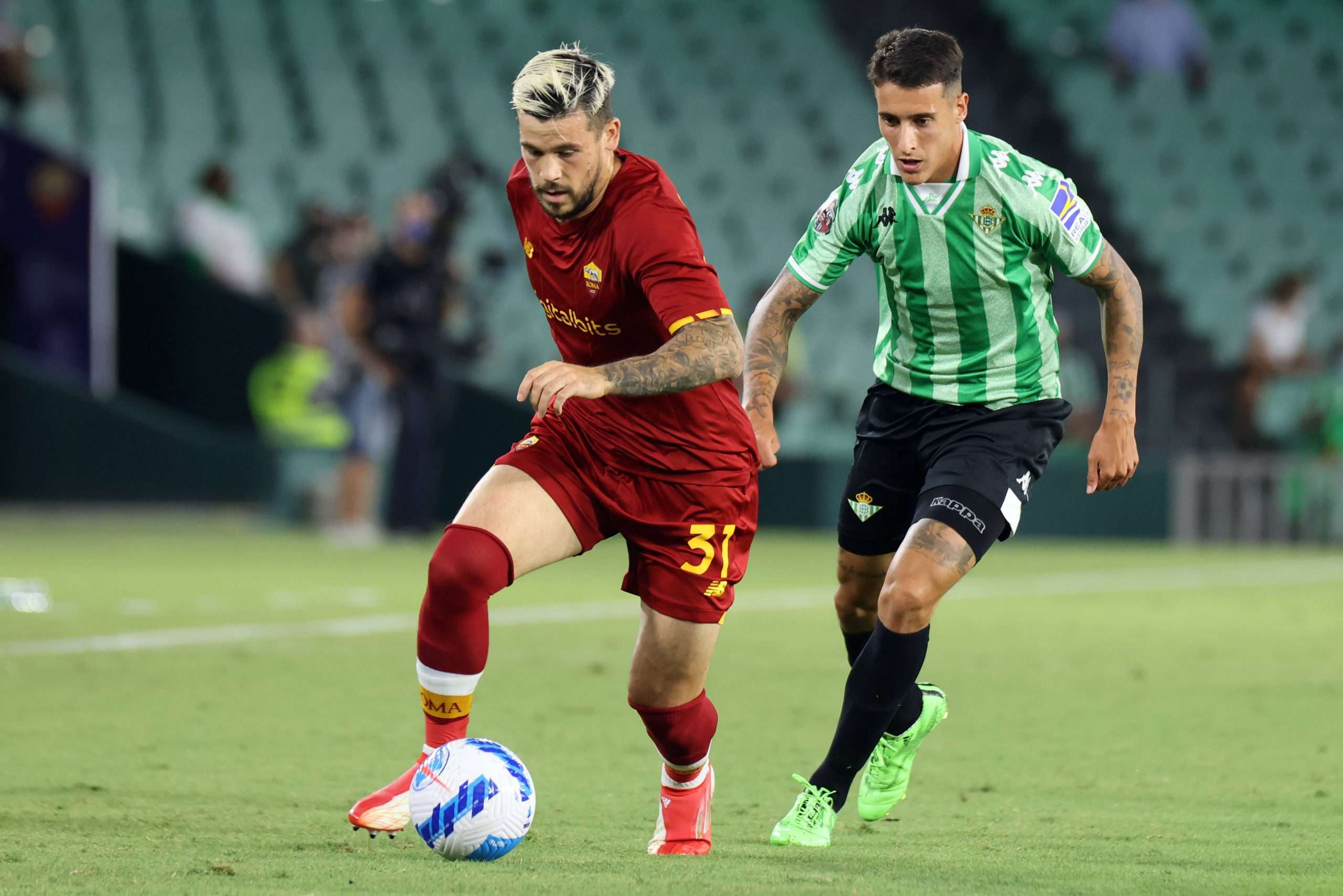 Roma will undergo a massive overhaul under the supervision of Jose Mourinho and Tiago Pinto. Carles Perez could be one of the first names to be sold.

Today’s edition of Il Tempo writes that two La Liga clubs in Mallorca and Villarreal have shown interest in luring the former Barcelona star Carles Perez away from Roma in the approaching summer transfer window.

Roma are willing to refurbish and strengthen the squad that helped them secure their first-ever European title in the form of the coveted UEFA Europa Conference League at the end of the 2021/22 season.

Therefore, signing players have become equally important as selling some, who are considered surpluses to the requirements of the Portuguese manager.

In the 2021/22 season, the 24-year-old left-footed playmaker racked up only three goals and one assist from 28 appearances in all competitions.

Despite Perez being a deputy for Roma’s first-choice right-winger in Nicolo Zaniolo, Mourinho would want to bring a more productive professional to Rome. The Spaniard has a contract with the Giallorossi until June 2024.