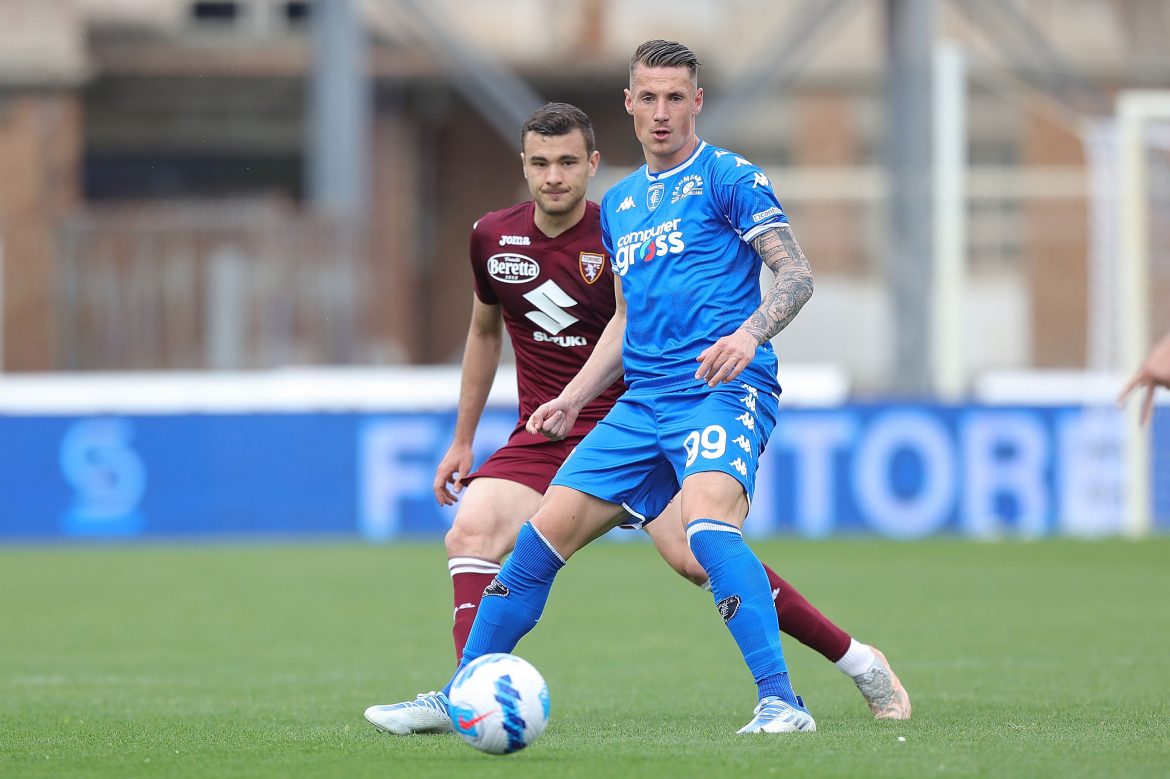 Fiorentina keep looking for reinforcement in the attacking area, with Andrea Pinamonti being one of the latest names included in their transfer shortlist.

Today’s edition of La Nazione discusses La Viola’s interest in signing a forward in the approaching summer transfer window. Inter’s Andrea Pinamonti has emerged as one of the latest names to make the transfer shortlist of the Florence-based club.

Having played his 2021/22 season on loan at Empoli, Pinamonti has impressed a significant number of Italian suitors. The player would like to stay at Inter since his contract with the Nerazzurri runs until June 2024.

But owing to the ever-growing competition for the places, it is unlikely that Inter would fancy keeping the 23-year-old beyond the summer. Other than Pinamonti, the respective list includes Andrea Belotti, Joao Pedro, Milan Djuric, and Agustin Alvarez.

Milan Djuric and Andrea Belotti will leave Salernitana and Torino on free transfers, respectively. With Cagliari getting relegated at the end of the 2021/22 season, it is understood that Joao Pedro would be available for an economical price this summer. Sassuolo are thought to be leading the race for Peñarol’s Agustin Alvarez, but Fiorentina remain interested in the Uruguayan.

The report also claims that Fiorentina would come to an ultimate decision in regard to the signing of another striker after deciding upon the future of Krzysztof Piątek, who has been linked with a move away from Florence in recent weeks.