Domenico Criscito on earning €2000 a month: “Genoa is my life” 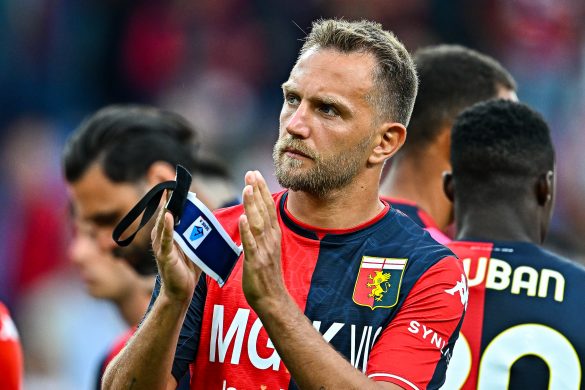 Genoa veteran Domenico Criscito has revealed that he has agreed to earn the minimum living wage in Italy in his current Rossoblu contract.

Criscito returned to Genoa from MLS outfit Toronto FC recently and the former Italian international now earns around €2000 a month, which is the basic minimum living wage in Italy. After tax deductions, his wages come down to around €1800 a month, which is unheard of in football today.

Criscito recently spoke to Sky Italia about his life, career and current wages and he revealed that Genoa is his life and he wants to bring the Ligurian outfit to the Serie A before retiring this year.

On his current wages, he said: “It’s true, I agreed to return with the minimum wage , I don’t even know how much it is because I haven’t received my first salary yet.”

“When we talk about Genoa, for me, we talk about life. I had the opportunity to come back and I’m very happy to be here . I was born in Naples, but I arrived in Genoa in 2001. My wife is from Genoa, my children were born here. I think the God of football has given me a great chance, that of closing a beautiful circle, a beautiful career.”

He stated that these are the last six months of his career and he wants to end it with taking Genoa back to Serie A and he also wants to coach the club’s youth side in the future.

Who is most likely to depart your favourite Serie A team this window?