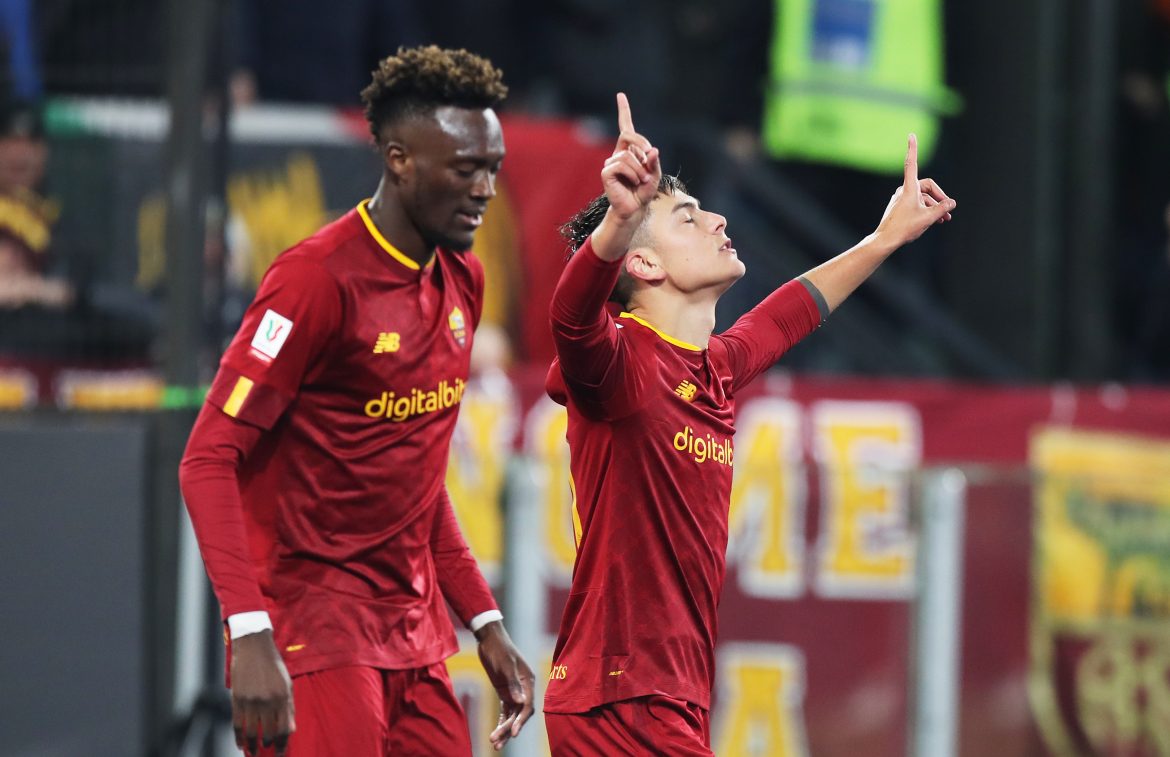 Roma will aim to continue their inspired start to the year when they face Spezia today evening at the Stadio Alberto Picco.

After progressing to the quarter-final stages of the Coppa Italia last weekend by edging past Genoa and grinding out a comfortable win against Fiorentina midweek, Jose Mourinho will hope to dismantle Spezia to set his team ahead of their Napoli match.

Forward Paulo Dybala has been key to Roma’s recent success as he has three goals to his name in their last two matches. The strike partnership of Tammy Abraham and the Argentine upfront has proved crucial to Jose Mourinho’s style of play.

The Giallorossi hold a psychological edge over their opponents today as they remain unbeaten against Spezia, with three wins and a draw. The Portuguese manager knows that a win at Liguria would become an effective booster to the squad’s morale and it will play a huge part when they face league leaders Napoli up next in the Serie A.

Meanwhile, Spezia approach this match on the back of a 5-2 defeat to Atalanta which saw them bow out of the Coppa Italia. Albin Ekdal and Daniele Verde were the ones who could pull back two goals for their team but they fell prey to La Dea’s recent rampant goalscoring form.

Spezia, currently in 15th place, with 18 points will aim to grind out a point from Mourinho’s men to build momentum in their stride to steer clear of the drop zone. It is set to be an uphill task for the Ligurians to even snatch a point from Roma but they are an unpredictable side and anything is possible on the cards.

Results from their last five matches in all competitions

An interesting turn of events earlier this week saw midfielder Nicolo Zaniolo to be put on the transfer market after getting booed by Roma fans. Rick Karsdorp has also received the same fate and both players are set to be out for this game.

Nicola Zalewski is expected to be out with a thigh issue and therefore Leanardo Spinazzola and Zeki Celik will be present on the flanks. Georginio Wijnaldum has returned to team training this week but he is not expected to feature until next week.

As for Spezia, they will miss Dimitrios Nikolaou as he is to serve a one-match ban.

Manager Luca Gotti will lose Jakub Kiwior to Arsenal and therefore he won’t feature in the match.