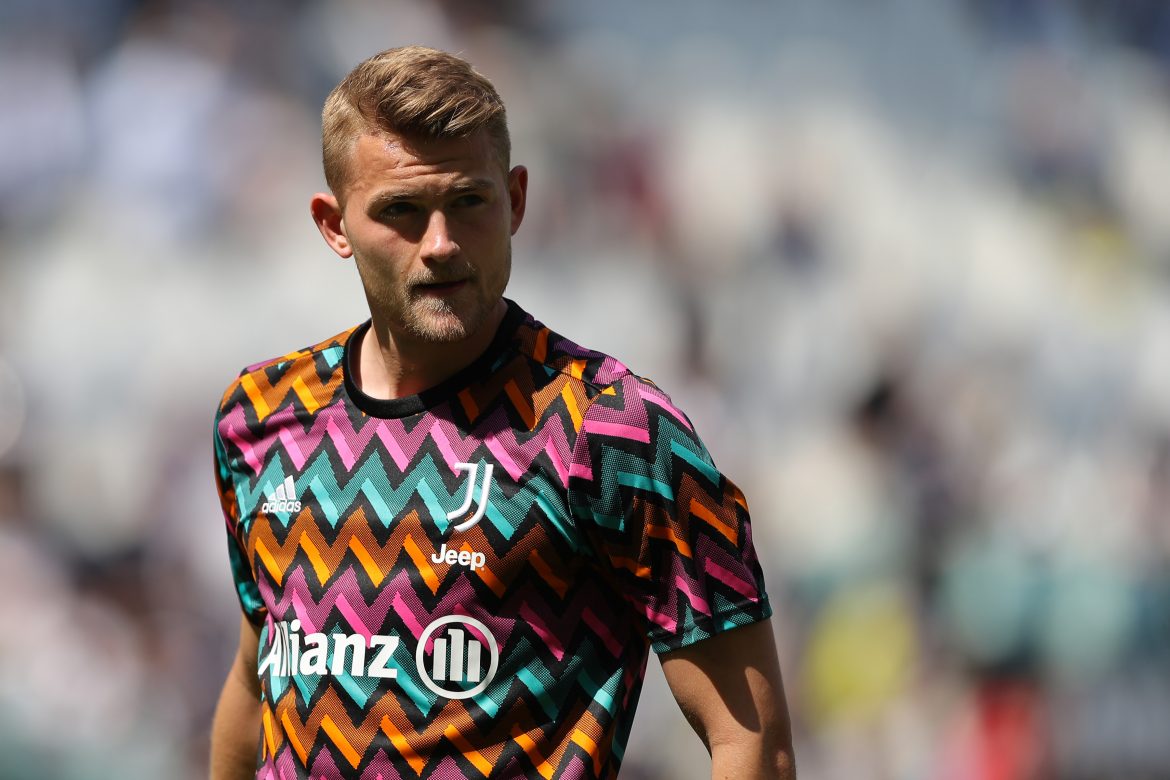 Matthijs de Ligt’s uncertain future at Juventus has seen a plethora of clubs from across the globe showing interest in the Dutch defender.

Journalist Nicola Balice confirms that Juventus have not yet reached an agreement over a contract extension at the Turin-based club with the entourage of Matthijs de Ligt.

The Italian transfer expert understands that Juventus want to make De Ligt their highest-paid player by offering him a fixed net salary of €8million per season plus bonuses more lucrative than those earned by the defender these days.

The player is open to the idea of staying at Juventus. But, he would like to evaluate the ambition of the club before penning a renewal. It is believed that Juventus’ failure to win Scudetto in the last two years has filled De Ligt with indecisiveness.

Should they fail to match the player’s skyrocketing ambitions this season, he will certainly consider moving onto pastures new. Furthermore, De Ligt wants his current release clause to be lowered in a new contract.

As things stand, the Dutchman has a release clause of €125million today, which will rise to €140million next year. If the Old Lady is ready to set the buy-out clause at €75-80million and agrees to postpone its activation perhaps by a year, De Ligt is willing to stay at the club for another season.

As mentioned at the start, the 22-year-old is not short of potential suitors in the transfer market, with Chelsea, Liverpool, and Barcelona all reported to be the frontrunners in a developing transfer pursuit.

Cagliari’s Raoul Bellanova “one step away” from Inter