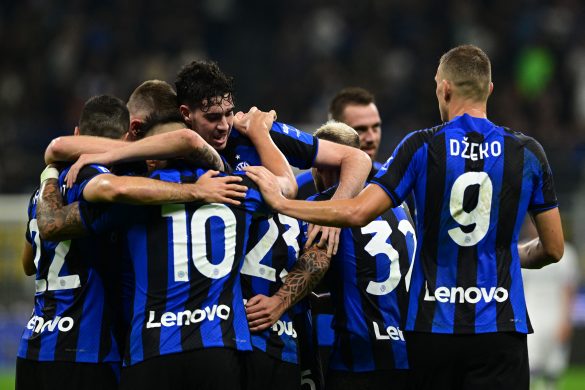 Within the final match-week of the Champions League, Bundesliga giants Bayern Munich are set to host Inter at the Allianz Arena.

In the reverse fixture, it was Bayern who sealed all three points on Milanese soil in a 2-0 victory over the Serie A giants following an astonishing finish from Leroy Sane after a brilliant through ball from holding midfielder Joshua Kimmich, as well as an own goal as result of a poor clearance from Danilo D’ambrosio.

As it stands within Group C of the competition, the Nerazzurri find themselves in second place with a total of 10 points after they cruised past Viktoria Plzen in a convincing 4-0 victory in order to secure their spot into the Round of 16.

Meanwhile, the Bavarians sit at the top of the group standings possessing 15 points out of 15 available as they managed to win every single one of their group stage fixtures thus far, including a dominant 3-0 thrashing over Barcelona at the Camp Nou last week.

Despite the fact that there is not much at stake since it is impossible for Inzaghi’s side to claim first place within the group while there is a five point gap with solely one match remaining, the Beneamata hope to display consistency within their play as they aim to increase their confidence ahead of their difficult run of league matches to come prior to the World Cup.

As per Inter, Croat defensive midfielder Marcelo Brozovic has yet to feature in first-team action and will be held at the bay in their trip to Munich. In addition, Belgian marksman Romelu Lukaku has picked up a thigh strain this morning during training, making himself unavailable for tomorrow’s match and possibly forced to watch from the sidelines until 2023. Furthermore, D’ambrosio is not fit after sustaining a muscular injury.

Looking towards the other side, Bouna Sarr, Lucas Hernandez, Manuel Neuer, and Thomas Muller are all ruled out of the fixture due to injury. However, the German winger Leroy Sane is recovering in a positive matter from his sustained injury, possibly making himself an option off the bench within the fixture tomorrow evening.